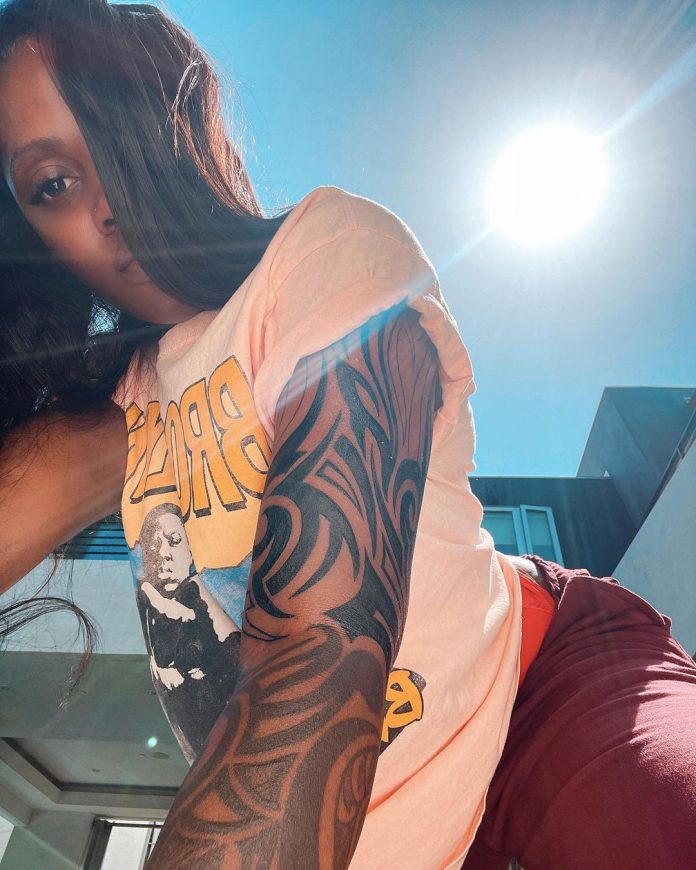 Koroba singer, Tiwa Savage has been absent from social over a month and many have speculated she was healing from her Brazilian Butt Surgery.

The 41-year-old single mum returned to her Instagram today, showing off her new full arm Tatoo, which has really got a lot of her fans and trolls talking.

Tiwa also recently graced the covers of Allure magazine where she revealed that at a young age she wanted to bleach her Skin due to peer pressure from her white school mates in London.

“I actually did try to bleach my skin when I was about, I think 14 or 15 years. Even now I have patches on my back. My mom was cleaning my room and saw the cream that I used to mix with lemons. She wasn’t angry. it was more her disappointment. So I stopped but I was always insecure about being dark”.

Tiwa Savage would be looking to ease the tension of her fans sooner than later, most likely when she announces the release of a new song or another body of work.

Her Last album, Celia which despite its popularity in terms of digital download, streams and purchases, is yet to be well accepted by many critics of Nigeria Music.

According to Pulse Ng music critic and author, Motolani Alake regarded Tiwa Album Celia as a ship that sailed under the radar like a hopeless lagoon playing host to dirtbags.