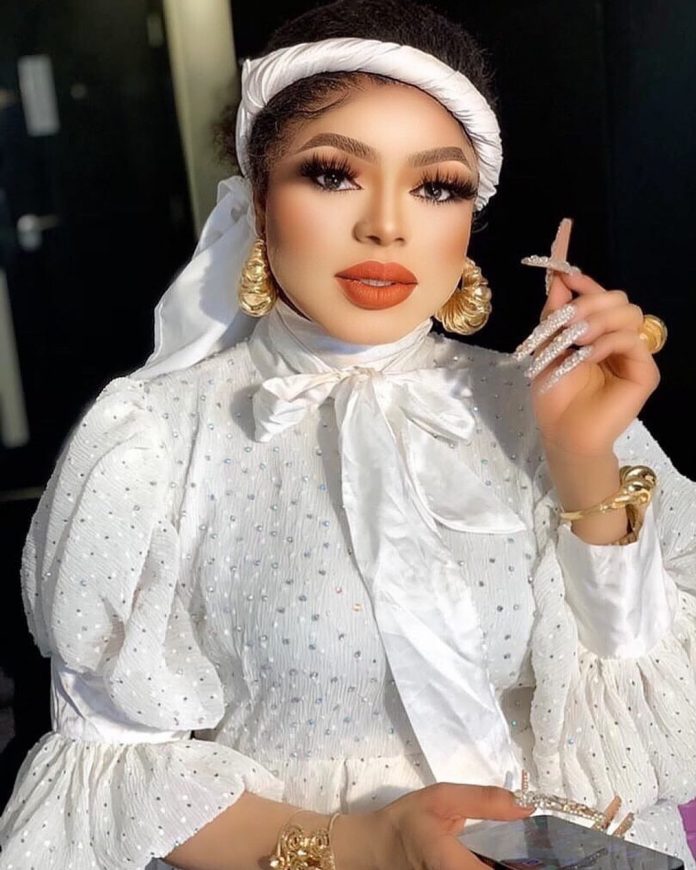 Controversial Nigerian cross-dresser, Bobrisky has listed out the attributes a fan must possess before they can shade or insult him on social media.

Though Bobrisky has grown to become one of the most controversial personalities on the internet, he has been able to build a reputable fan base.

Bobrisky is one of the most followed personalities on social media and this has seen him become a victim of trolling on numerous occasions.

The Instagram male barbie has been dragged on countless occasions with some fans claiming all he does is chase clout and live a fake life.

However, Bobrisky has been proving too hot for them to handle as he has continued with his dramatic scenes on and off social media.

The cross-dresser whose real name is Idris Okuneye has now decided to list out what a fan must possess before they have the audacity of calling him out or shading him.

According to Bobrisky, a fan who wants to hurl ian insult at him must use iPhone 12 Pro Max, live around Ikoyi in Lagos State, wear an original Rolex and use hair worth 700k.

Bobrisky noted that anyone who can’t afford the listed lifestyle should not bother insulting or shading him on social media.