Home Entertainment “Burna Boy’s Rolls Royce is more expensive than that of Davido’s” –... 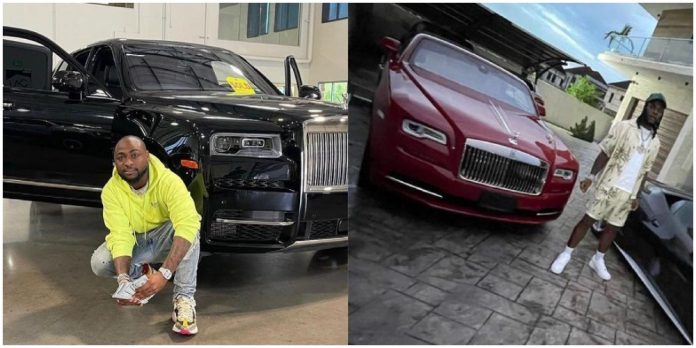 Burna Boy’s assistant, Manny has revealed that the singer’s Rolls Royce is more expensive than that of Davido which he flaunted some days ago. 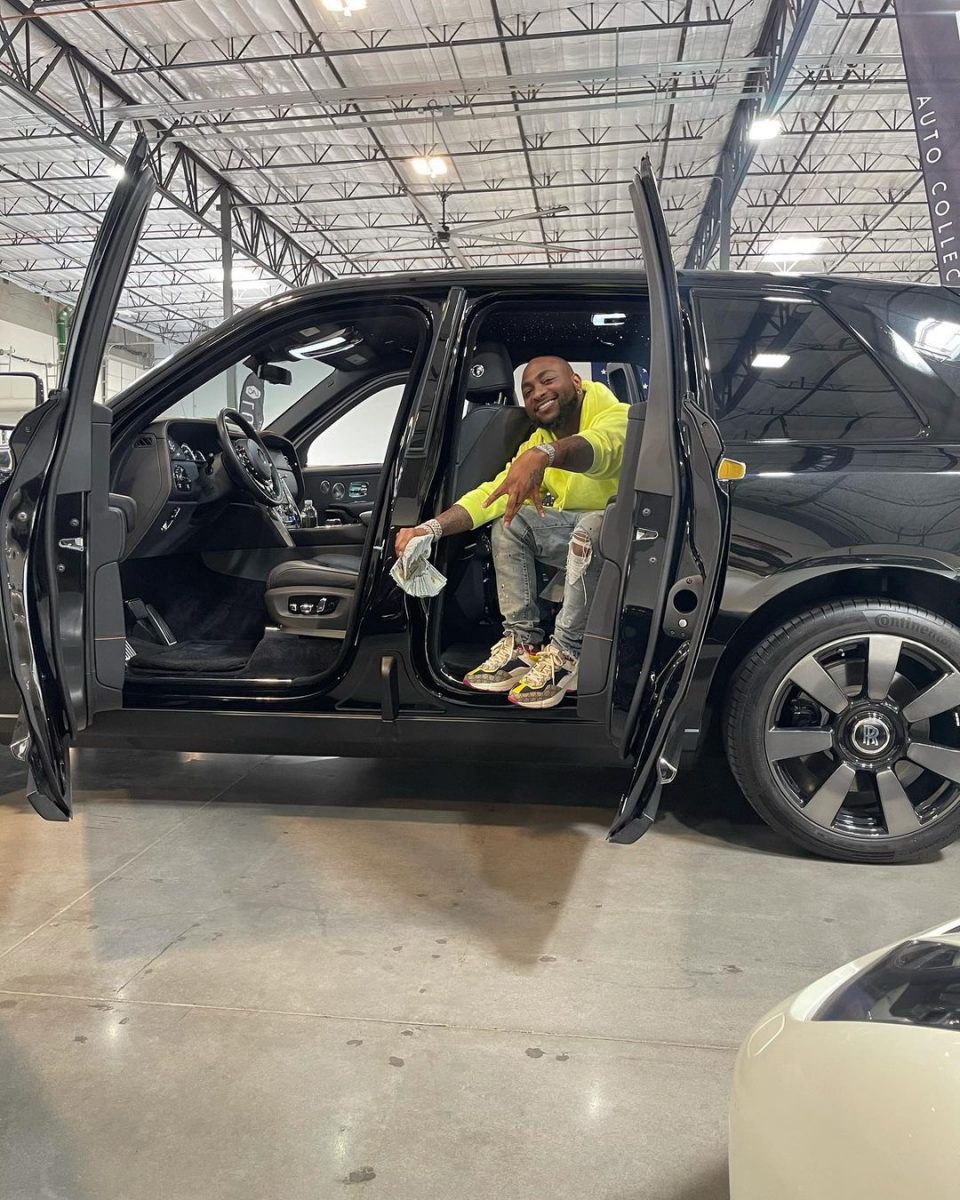 It would be recalled that creebhills reported that Davido melts the heart of fans and lovers some days ago when he showed off his new Range Rover Cullinan.

The new Range Rover is reportedly worth over 200 million naira, a huge sum of amount that got fans talking on the internet.

With Davido and Burna Boy known for their rivalry in the entertainment industry, it wasn’t too long before fans began to compare the worth of their cars. 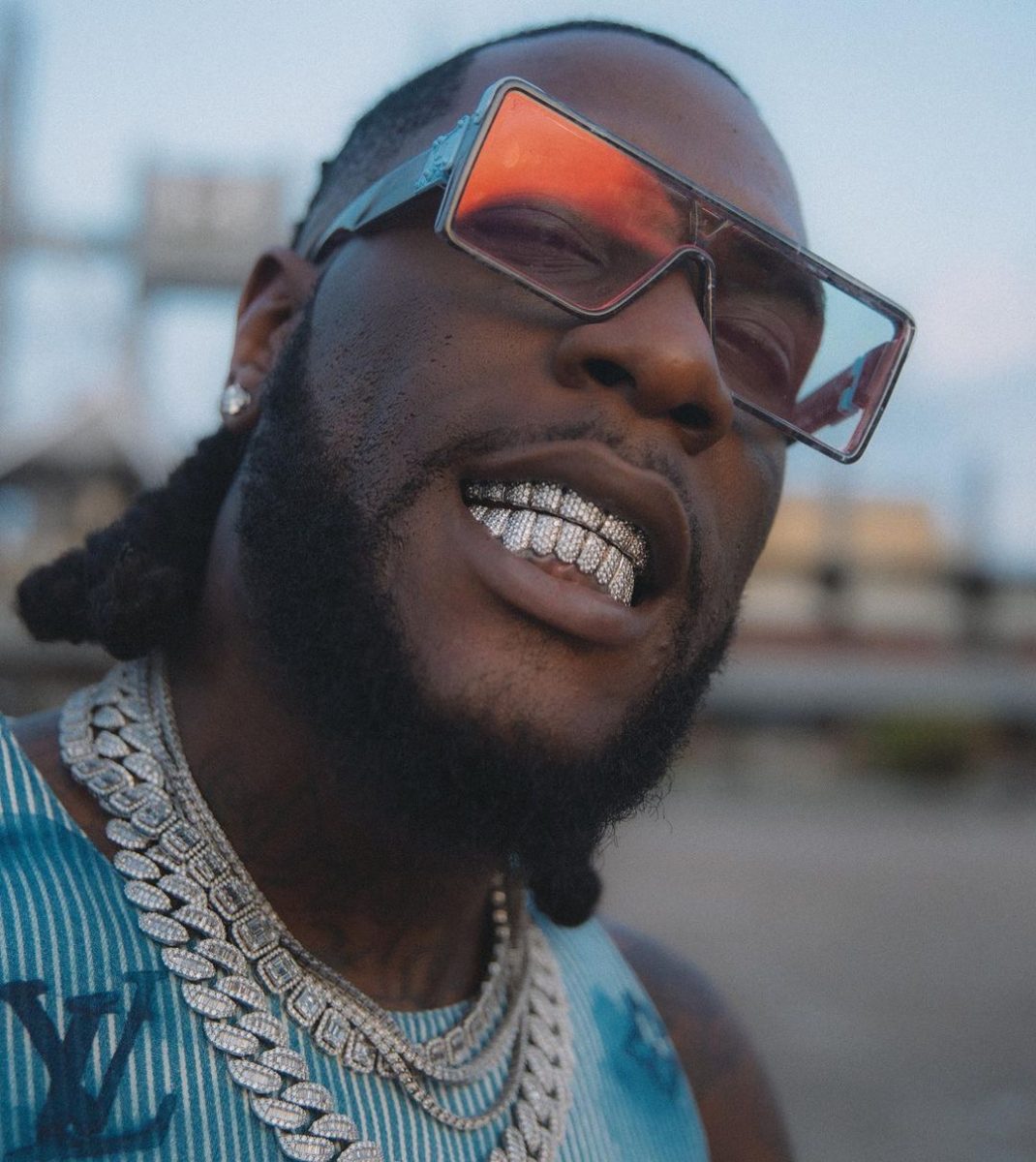 According to some fans, Davido’s new car is the real deal while Burna Boy’s Rolls Royce was tagged as a ‘Roll On’.

Not too impressed with this, Burna Boy’s PA, joined in the argument, claiming that his boss Rolls Royce is more expensive than Davido’s new car, a Range Rover Cullinan.

According to Manny, Burna Boy’s ‘Roll On’ is more expensive than Davido’s Range Rover. 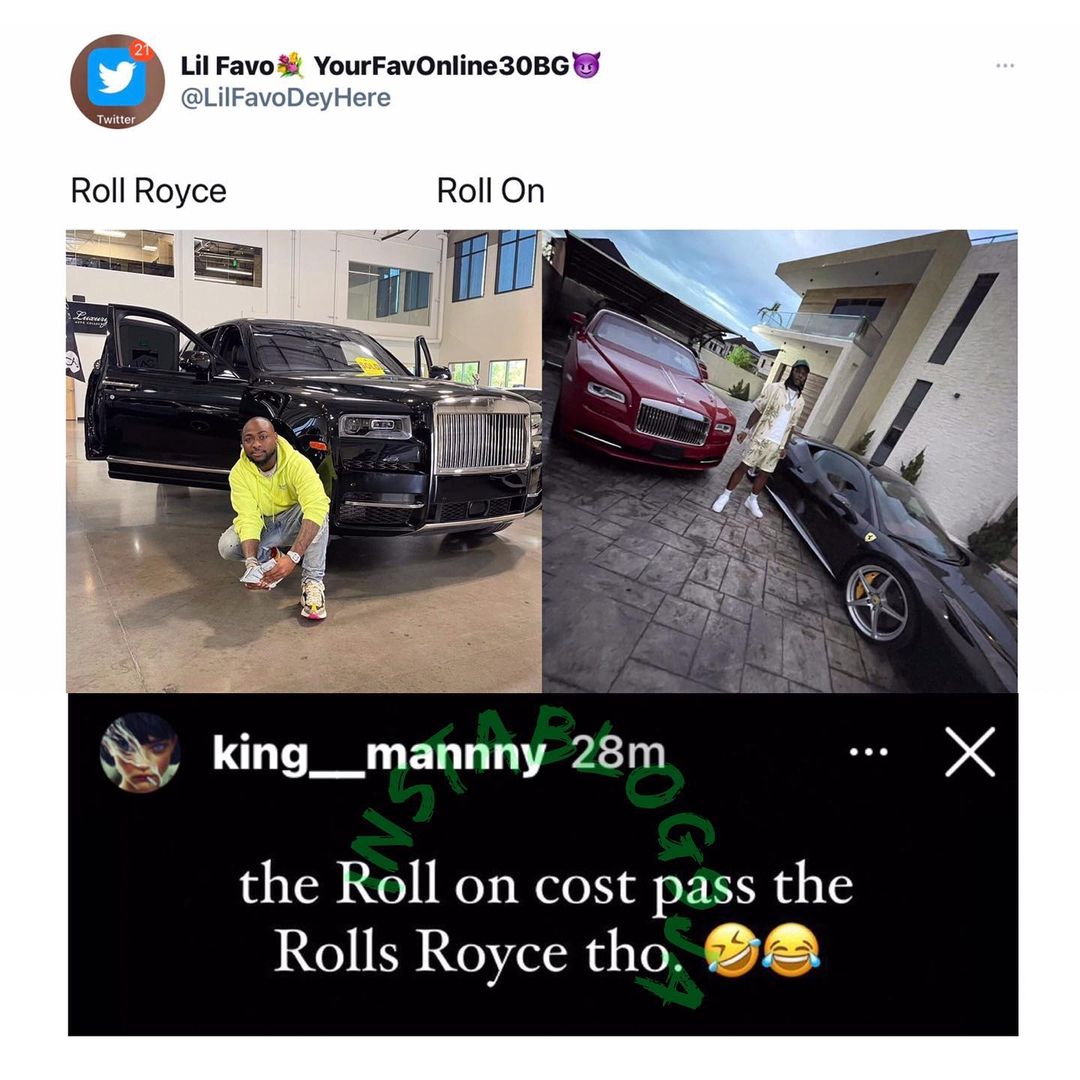 Fans and lovers of both superstars have never shied away from supporting their favourite and it won’t be a surprise if they call themselves out on the internet.