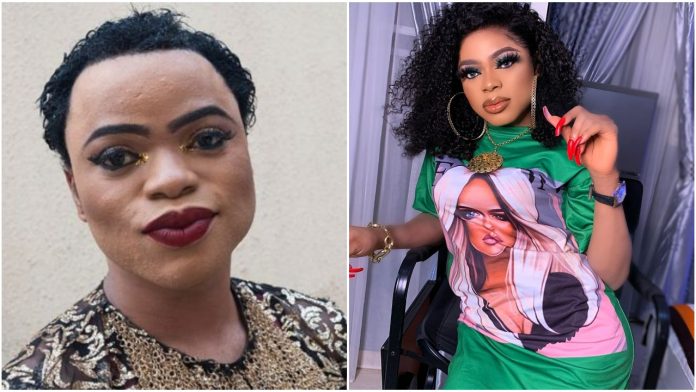 Nigerian Crossdresser Bobrisky, via his Instagram shockingly revealed he has rushed to the hospital two nights ago.

According to him, he can’t wait to show you all how big his hips and bum are now, and moreover, her fees just went up.

Bobrisky while sharing the news of been admitted to the hospital explained that all the pains his feeling and having in her hips were expected, but never the less her banging body is loading.

Recall just yesterday, Bobrisky waded into the drama that ensured on social media after Nigerians took the opportunity to drag Gospel singer, Tope Alabi after she criticized another female Gospel singer’s song.

In Bob’s opinion most of the many Yoruba celebrities for their eye-service over taking sides on the issue.