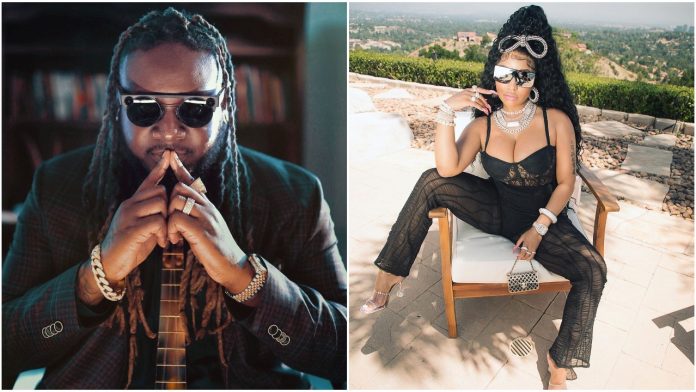 American Rapper Nicki Minaj has officially tendered her sincere heartfelt apology to superstar singer, T-Pain for snubbing a collaboration in 2007.

The Am in love with a stripper singer, T-Pain revealed in an interview with “The 85 South Show,” that he had big plans to work with an upcoming artist back in 2007 – Nicki Minaj, but that she ended up ghosting him.

T-Pain told the hosts that he was disappointed when his plans to work with Nicki fell through. In his words, She was like, ‘Hey, I’m an artist too and I’m working on my shit, so ya know, baby chill.

READ ALSO
No new music till the next five years - Star boy, Wizkid

Apparently, Nicki turned him down because she had been working on her own music too at the time. Though Teddy Pain asked her for a quick little verse, Nicki reportedly told him that she was busy working on her music too. Although her response was not in any way malicious, it was disheartening for him.

However, Nicki caught her sub and took to Twitter to respond, I don’t remember this AT ALL but it DEF sound like smthn (sic) I would say.

Omg what was I thinking? He was already a really big artist. I was still underground. Chileeeeee I used to b buggin yo. I was under so much pressure to deliver. I have nthn but love and respect for your talent. 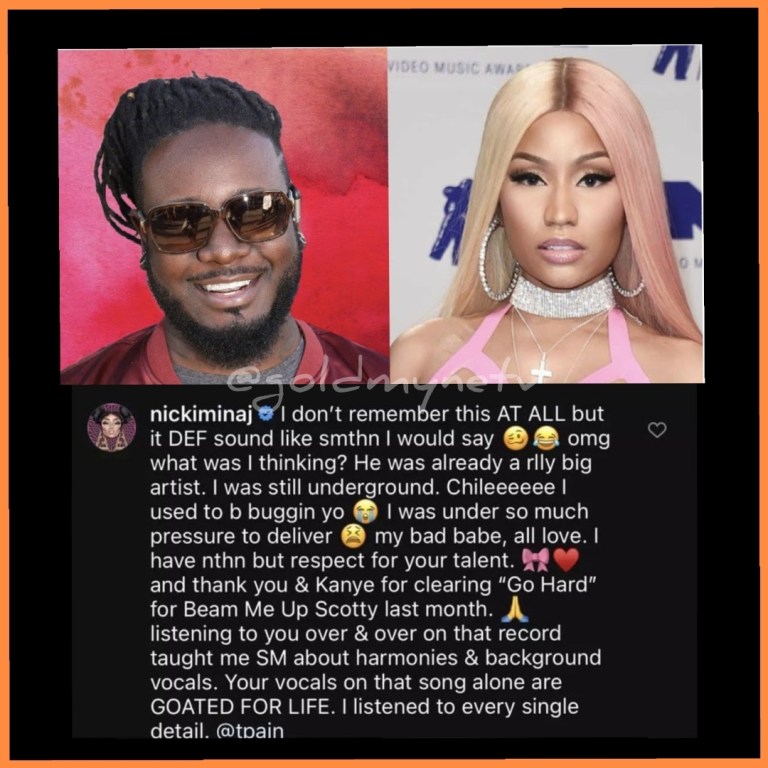