Home Entertainment “I didn’t know I was pregnant with Wizkid’s son till after 5... 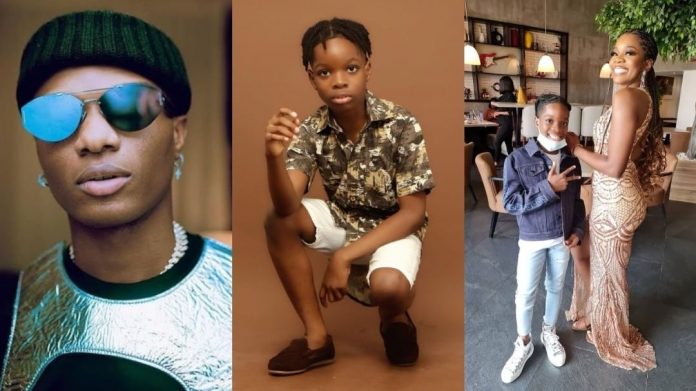 Wizkid’s first baby mama, Shola Ogudu has revealed that she was not aware she was carrying a pregnancy for the singer until the fifth month.

It would be recalled that Shola Ogudu and Wizkid started their love adventure in 2010 and it wasn’t too long before both lovers welcomed their first child.

Though it’s 12 years since they welcome their bundle of joy together, Shola Ogudu still has a fresh memory of how she carried her son pregnancy for nine months.

The beautiful screen diva via a post on her official Instagram account has now revealed that she was not aware she was pregnant until the fifth month.

According to Shola, she was still seeing her monthly period despite that she’s pregnant and this came as a big shock to her.

This is not the first time Shola will sharing some deep secret about her time with Wizkid with the world but this latest statement might come as a shock to fans and lovers.