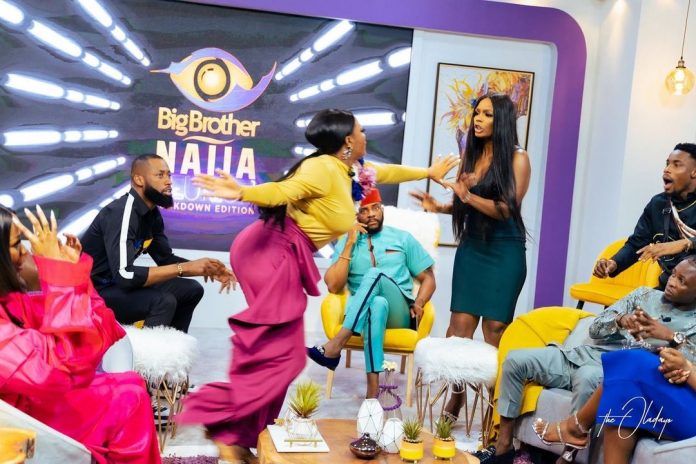 The Big Brother Naija Reunion show aired last night and every new day another drama and this time around lead to a physical fight between two females Lucy and Kaisha.

It all started with a heated argument between Kaisha and Ka3na, as Kaisha narrated how Ka3na reportedly disrespected her mother as they partied together.

According to Kaisha, her mother liked Ka3na and wanted a photo with her. She revealed that her mother first sent Lucy before sending her sister Zainab to ask Ka3na for the photo, but she reportedly asked them to tell her mother to come to her table, the feedback she found disrespectful 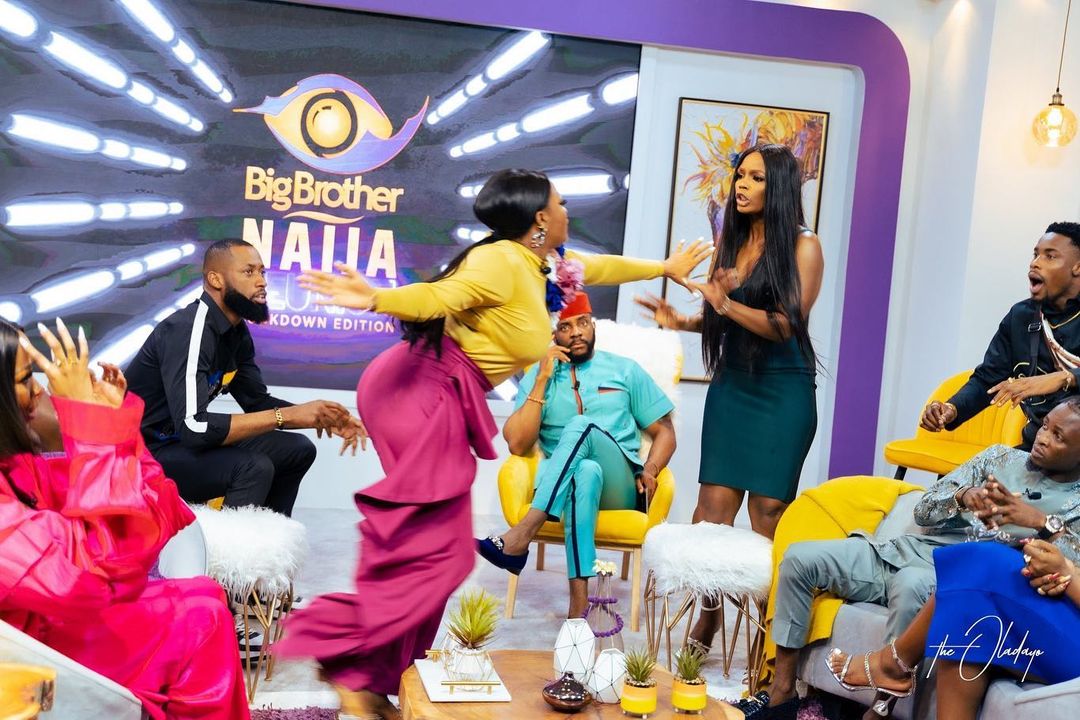 Ka3na however maintained that she thought they were talking about Kaisha’s manager. Lucy who backed Ka3na on this, however, failed to explain why she didn’t deliver the message when she was asked to.

As the show continued, Kaisha made a demand for them all to stop talking about her mother. Lucy fired back by asking if her mother is a fruit, insisting she was talking about a fruit. This angered Kaisha who then threw a pillow at Lucy, leading to a physical fight. 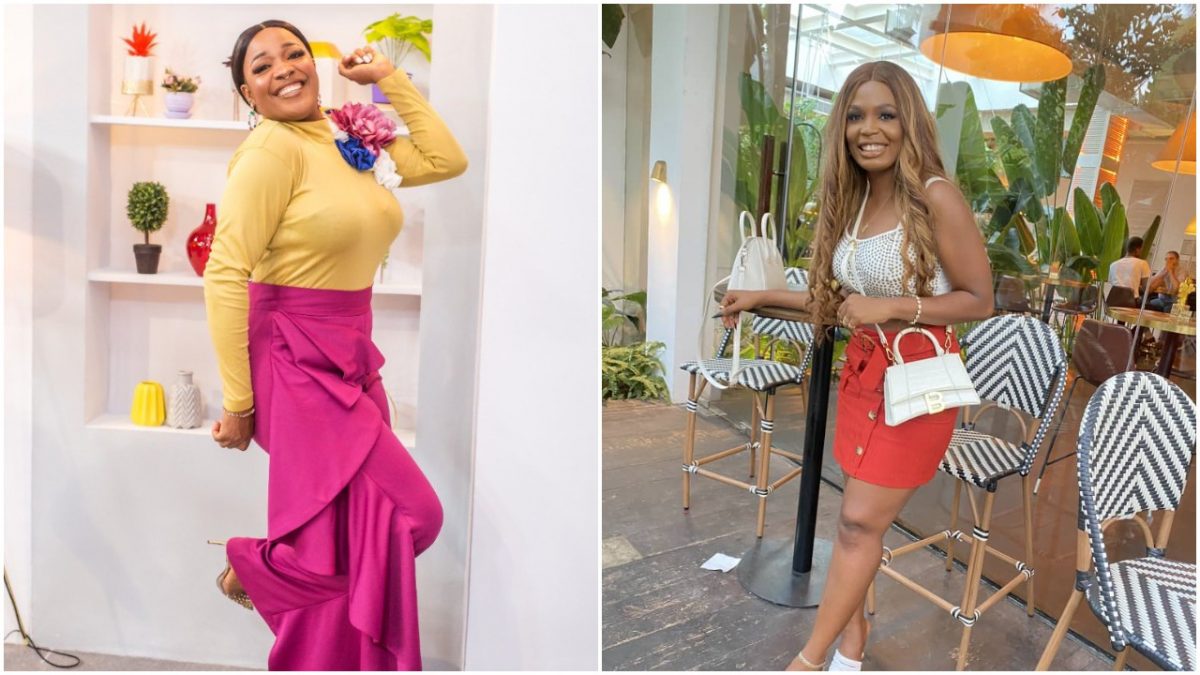 Lucy was seen later being escorted without her wig on. She was also talking about Kaisha being violent and further threatened to beat her.

Violette - November 10, 2019 0
It's Friday and all Celebrities are getting ready for the weekend vibes as they hope to end the week in a stunning way. Jackye seems...

Black Friday as 6 people are killed in Fatal accident at Fadeyi, Lagos

Johnson Olumide - February 18, 2020 0
Yesterday Morning was black Friday in Lagos, as People whom left there home never knew they would never return back due to some reckless...

Johnson Olumide - February 17, 2020 0
The Cool Fm Outspoken and bogus OAP Freeze took to his Instagram Page to shower praises on his Gf. Read his Sweet words below. Freeze throughout last year was...

Late actress, Aisha Abimbola who died of breast cancer will be buried in Canada...

Violette - May 17, 2018 0
Nollywood actress, Aisha Abimbola popularly called ‘Omoge Campus’ who passed away after a long battle with breast cancer will be laid to rest tonight...