Home News Why I jumped bail and escaped from Nigeria — IPOB leader, Nnamdi... 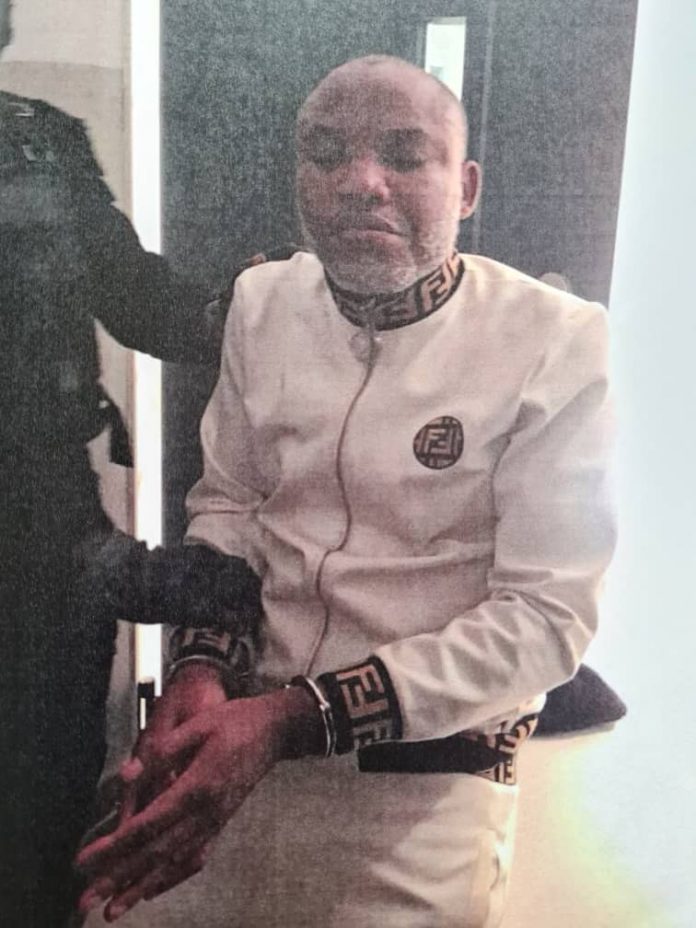 The leader of the proscribed Indigenous People of Biafra (IPOB), Nnamdi Kanu, has opened up on why he escaped out of the country in spite of the criminal charges of terrorism and treasonable felony slammed against him by the Federal Government.
Speaking before a Federal High Court in Abuja, on Tuesday, June 29, Kanu said that his house was invaded by security men with his life seriously threatened.

The self-acclaimed Biafran leader further stated that he would have been killed along with others on the day of the invasion if not for the wisdom he applied to escape out of the country.

Kanu said this, after the Federal Government through its counsel, Shuaib Labaran, said that he ran out of the country thereby jumping the bail granted him by the court to escape trial.