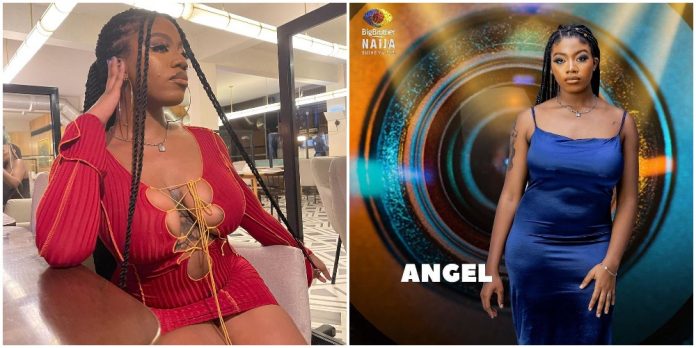 It has taken new Big Brother Naija season six housemate, Angel, barely 24 hours to start trending outside the show as fans dig out some of her old tweets.

Angel was one of the female housemates introduced to fans and lovers of the yesterday, July 25.

She joined her colleagues in the show to hustle for a grand prize of 90 million naira and it looks like her popular tattoo is getting fans off their feet. (See Her Tattoo Here).

However, one of Angel’s tweet before her time at the show has sparked reactions from fans and lovers who couldn’t hide their thoughts.

In a post shared by Angel who was the first female to be introduced, she noted that she’s willing to sleep with a rich man till he becomes poor.

She tweeted: “If he a rich nigga, imma fuck him till he ain’t one”. 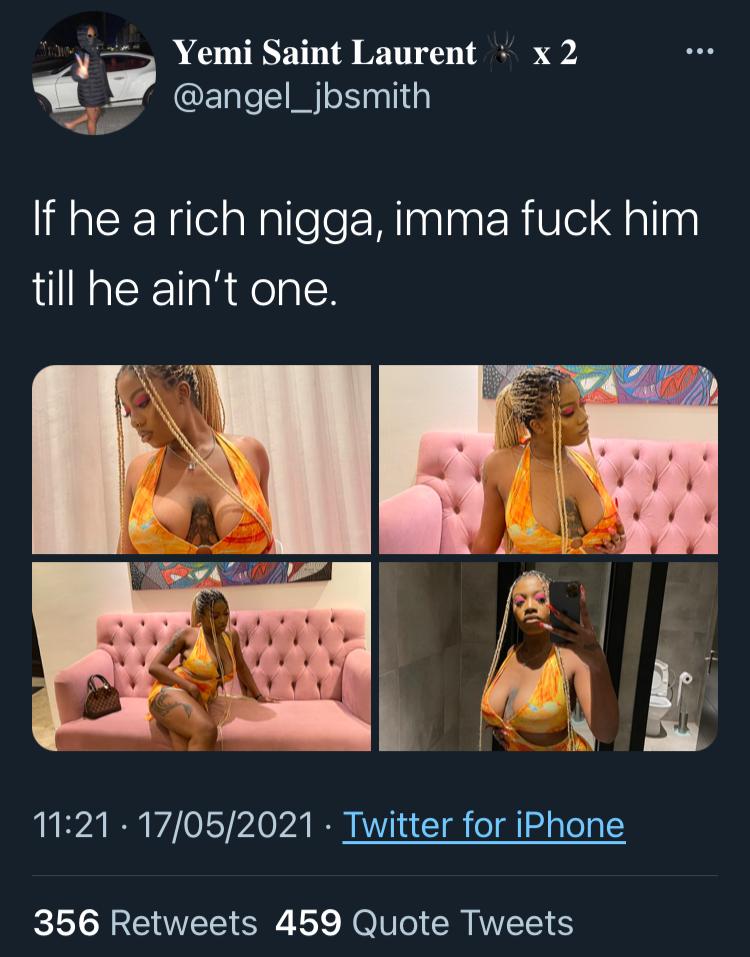 However, this tweet has been met with mixed reactions as fans stand by her regardless while others warn co-housemates of what is coming for them. 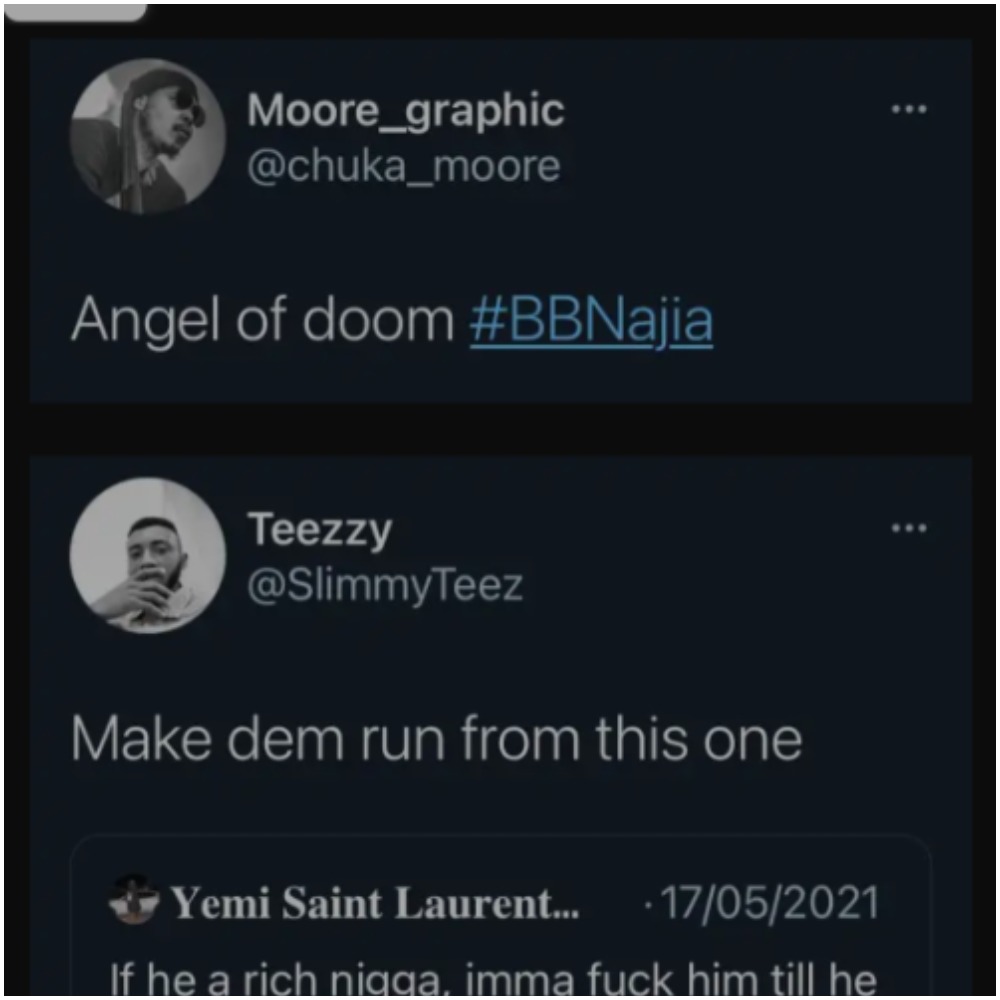 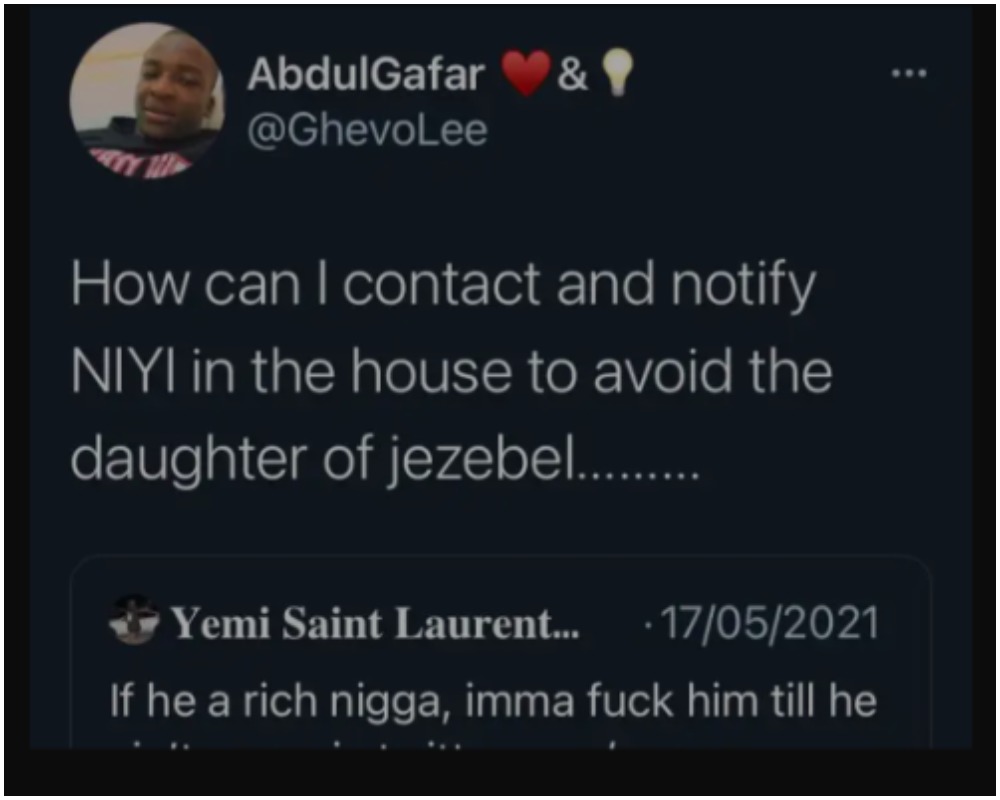 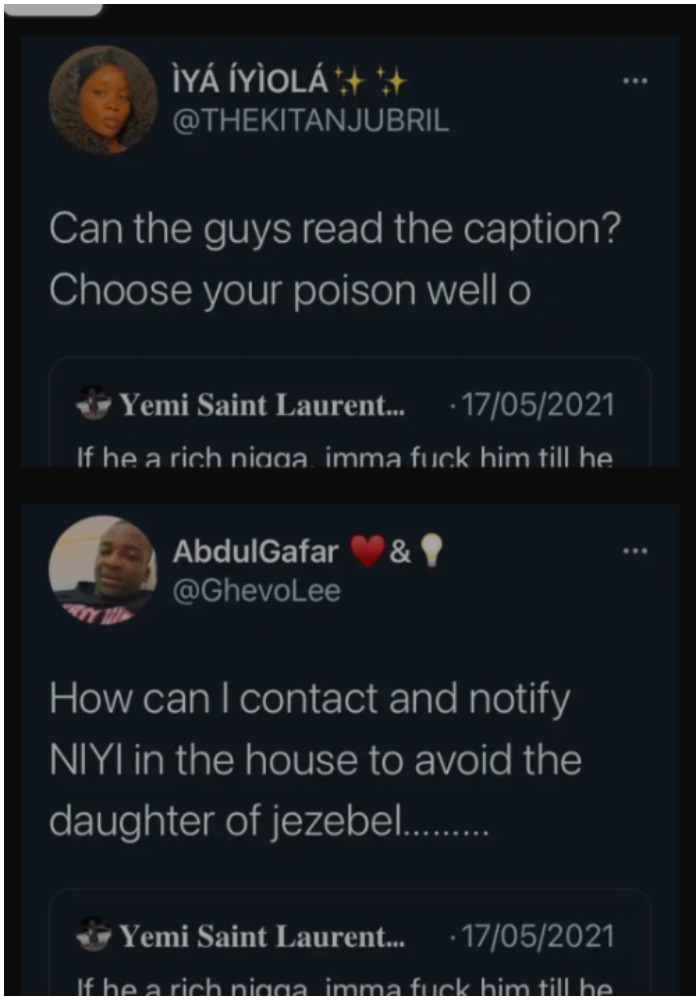 ‘I Have Not Made Half Of The Money I Hope To Acquire’ – Actress...

Johnson Olumide - March 21, 2020 0
Nollywood actress, Regina Daniels shocked many by announcing she had gifted her mum a new house just one month after acquiring a Mercedes-Benz ML350. The...

Violette - June 1, 2018 0
Fashion designer Toyin Lawani just gifted ex BBNaija housemate, Nina, a car for her birthday. Lawani who has been Nina’s stylist after the end of...

Tiwa Savage Gushes Over Her Estranged Husband, Teebillz As He Hits The Gym (video)

Johnson Olumide - December 20, 2019 0
' Yesterday, Tiwa Savage had a lovely exchange with her estranged husband, TeeBillz on his IG page which suggested that she still has feelings for...