Multiple award-winning singer and songwriter, Burna Boy and his mother, Bose Ogulu, has continued to grow stronger in love and affection, a move that was visible during the singer’s 30th birthday. 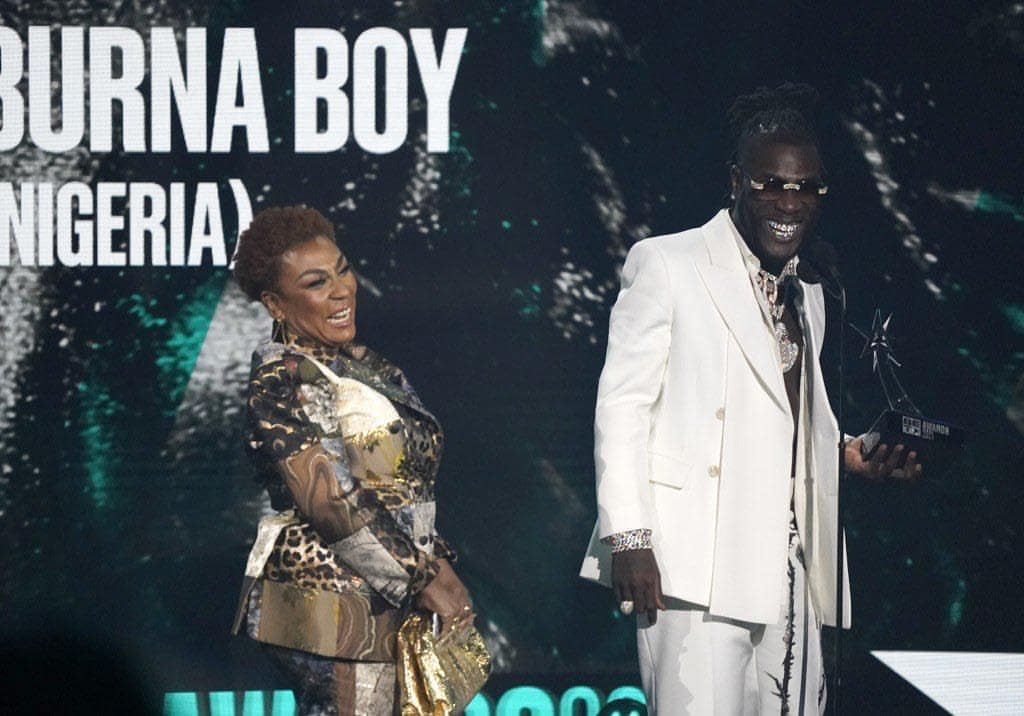 Burna Boy who has become one of the greatest singers in Africa clocked 30 yesterday, July 2, and it’s a day he will remember for a lifetime.

The Grammy award-winning singer was surprised by his fans with top personalities in all walks of life celebrating him via their respective social media platforms.

His fans gave him a surprise birthday shout-out via their respective social media platforms and this shows that he has been able to warm hearts with his songs.

However, one moment that caught the eye was when his adorable mother, Bose Ogulu showered him with prayers on his birthday.

Just like every loving mother, Bose Ogulu showed how much she loves and adores the relationship she has with her son by praying for him on his special day.

In a video that has gone viral on social media, Bose Ogulu could be seen praying for Burna Boy. She could also be seen backing the singer like a two-year-old baby.

Bose Ogulu has become Burna Boy’s right man as she’s been consistent in showing him support ever since he began his career in the music industry.