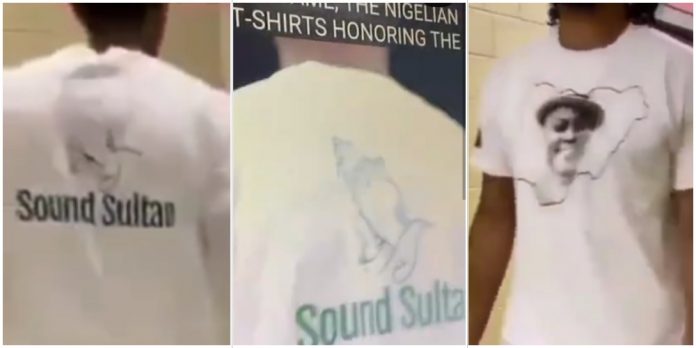 Nigeria basketball male team, D’Tigers have continued to celebrate veteran singer and songwriter, Sound Sultan, as they pay tribute to him before their match against Australia last night.

It would be recalled that Sound Sultan died on Sunday, July 11 after a battle with cancer and tributes have continued to pour in for the deceased.

Sound Sultan has been buried according to Islamic rites in New Jersey with top stars like Olamide attending the funeral, (See Video Here).

However, D’Tigers have ensured that his legacies live on as they held a minutes silence to honour Sound Sultan who was a lover of the sport during his lifetime.

The team were also spotted wearing a shirt with singer, Sound Sultan’s face on it before the match, a move that shows how much they adore him and what he has achieved.

This is coming just hours after Nigeria Basketball Federation dedicated D’Tigers wins over US, Argentina to the late singer, songwriter, comedian and actor.

See video of D’Tigers holding one minute silence in honour of Sound Sultan below: