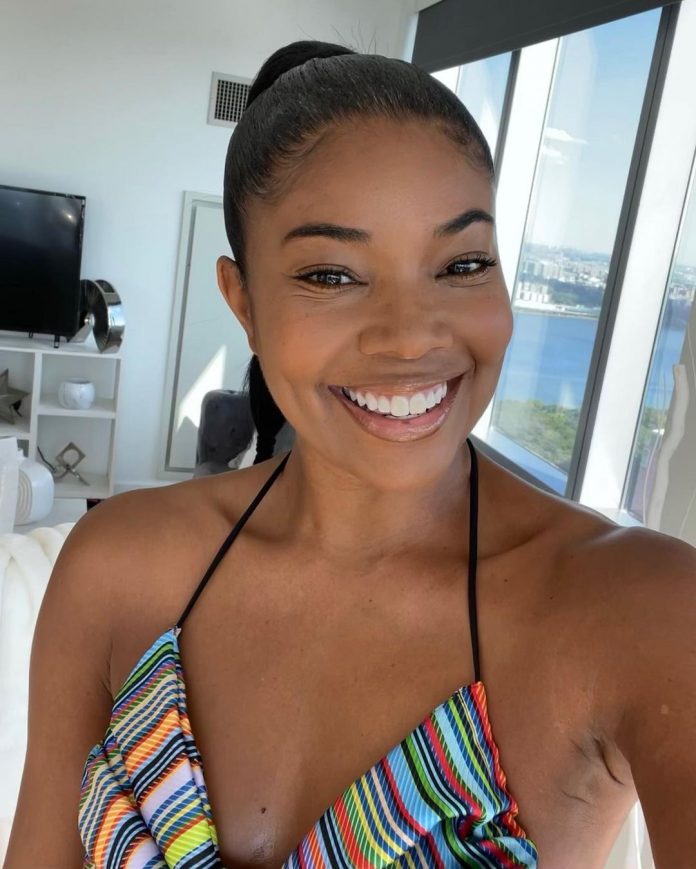 American famous actress and wife of retired NBA Star Basketballer, Gabrielle Union twerked up a storm as she shared topless photos of herself on Instagram.

The 48-year-old actress and mum wore only panties in the photo. She used her hands to cover her breasts in the shots taken while she was getting dressed.

See the photos below.

Gabrielle Monique Union is an American actress, voice artist, activist, and author. She began her career in the 1990s, appearing on television sitcoms, before landing supporting roles in teenage comedy films She’s All That and 10 Things I Hate About You. Her breakthrough role was in the 2000 film Bring It On.

READ ALSO
BBNAIJA: I Serve A Big God - Khafi As She Dazzles In A Gold Outfit (photo)

In other news, BBNaija’s Nina Ivy puts her massive a$$ on display for her husband (watch the video here), meanwhile in the BBNaija season 6 house, Famous Dancer and housemate Liquorose reveals her relationship status (watch it here).