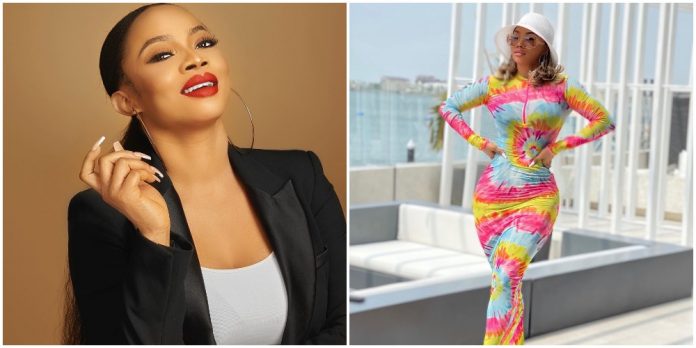 Popular media personality, Toke Makinwa has revealed how she satisfies her sexual urge as she continues to search for a man that will walk down the aisle with her. 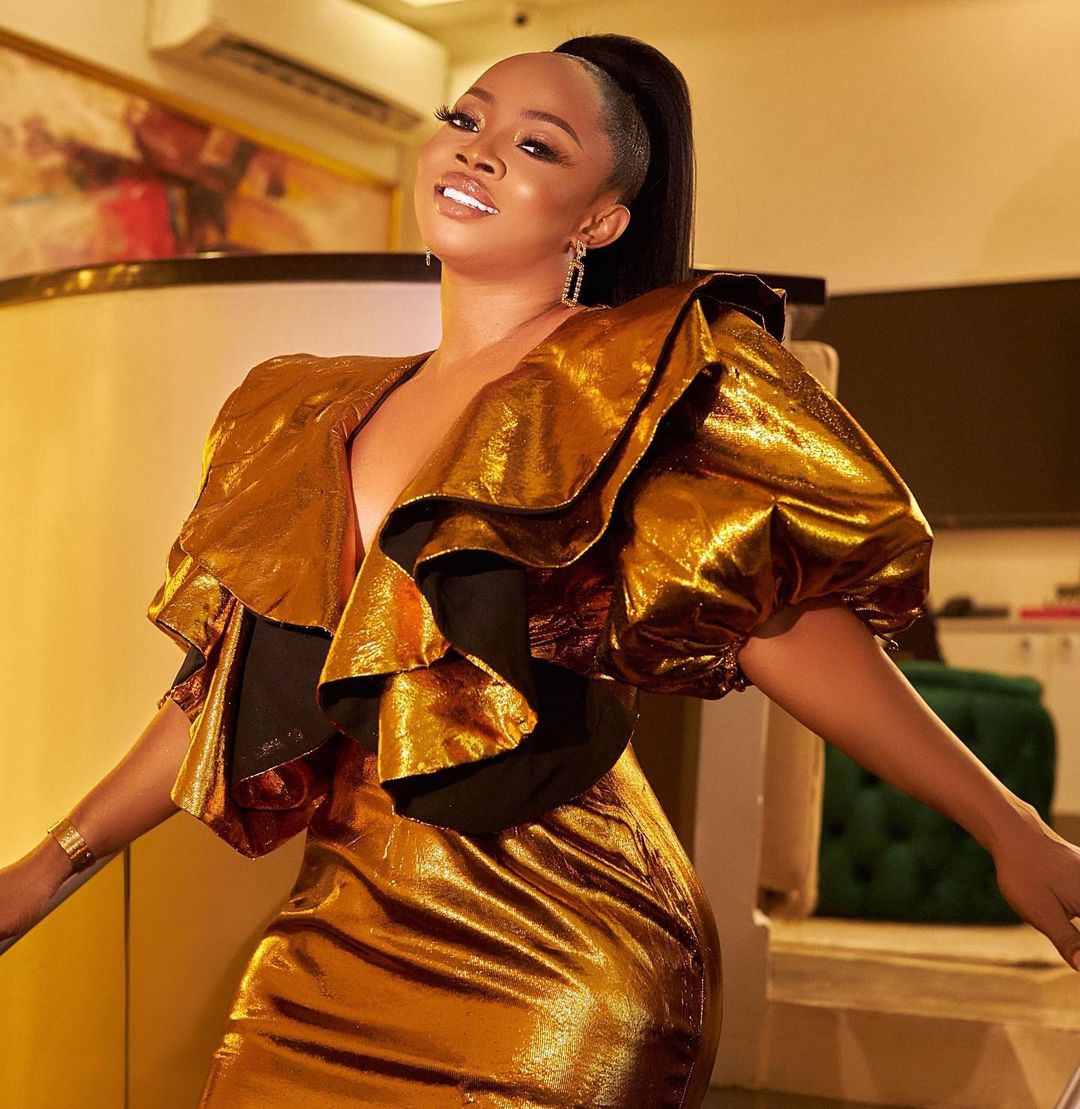 Toke Makinwa has become one of the biggest personalities in the entertainment industry, featuring in top projects as well as building her business empire.

However, she has not been able to build a good relationship with men after her marriage with life coach Wale Jana crashed some years ago.

This has become a huge concern for her fans and followers who decided to ask a deep question about her private life.

Toke Makinwa during an Instagram question and answer segment with fans was asked how she satisfies her sexual urges and she wasn’t scared to reveal the truth.

Replying to the fans question, Toke Makinwa stated that she satisfies her sexual urge by praying, a statement that will come as a surprise to some fans. 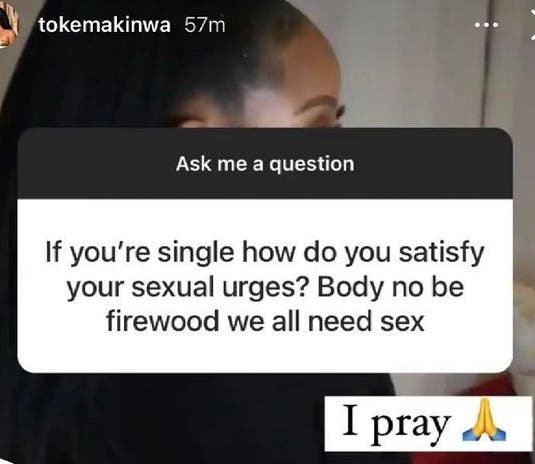