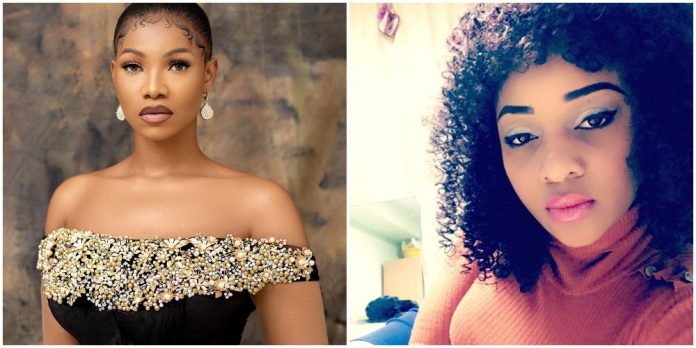 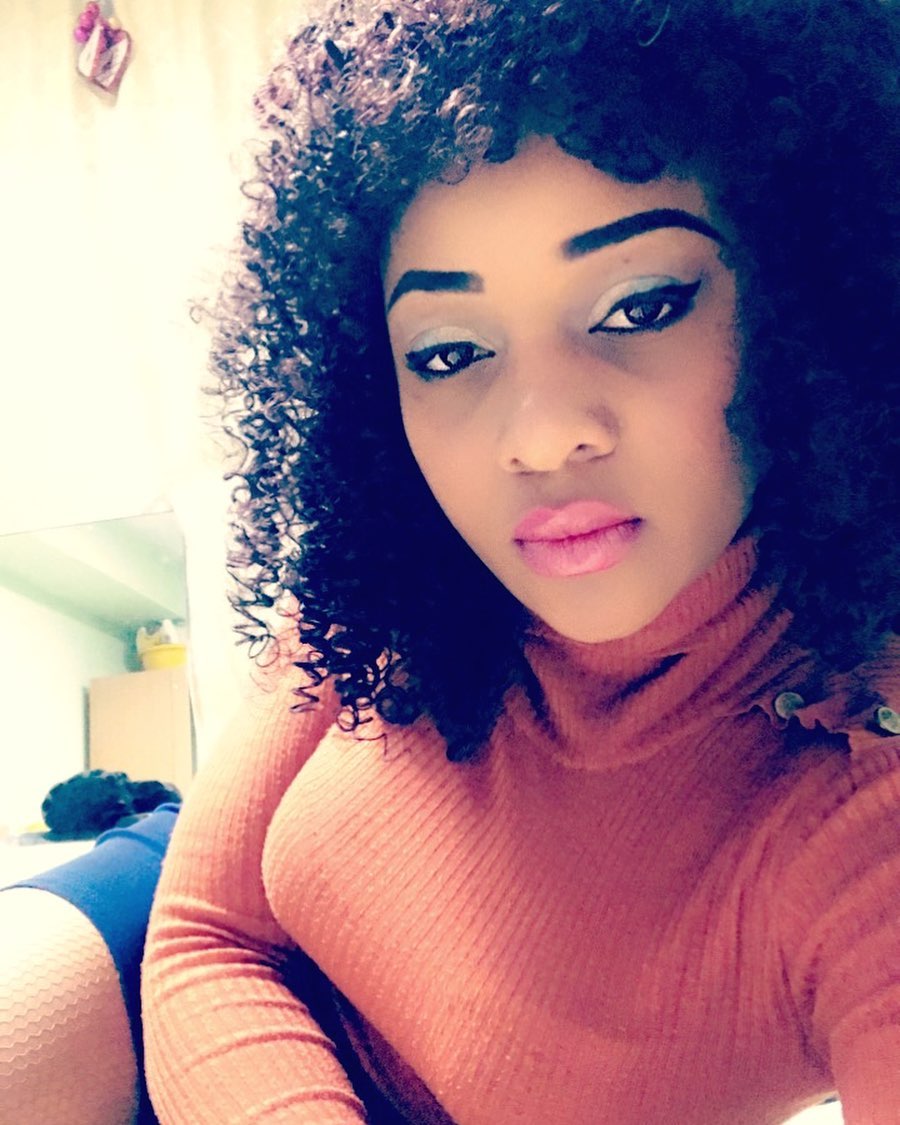 Talking about one of the biggest reality stars in the history of the Big Brother Naija show, Tacha has been able to write her name among the best.

Despite that she was disqualified from the fourth edition of the show she appeared in, Tacha’s fans base are regarded as one of the biggest in the country. (Read Details About Her Fan Base Here).

Her fan base who are popularly known as the Titans now seems to have been on the toes of Dr Cherry for quite some time and she believes now is the time to stop.

Dr Cherry during a question and answer segment with fans on Instagram claimed Tacha’s fans have been sending her death threats when asked why she has not been able to form a good relationship with her.

According to Dr Cherry, she does not hate Tacha as predicted by some fans noting that she can’t agree with everyone’s opinion.

The popular brand influencer who couldn’t hide her emotions noted that the world does not revolve around Tacha when asked why they’ve not been able to reconcile.

Read her conversation with fans below: 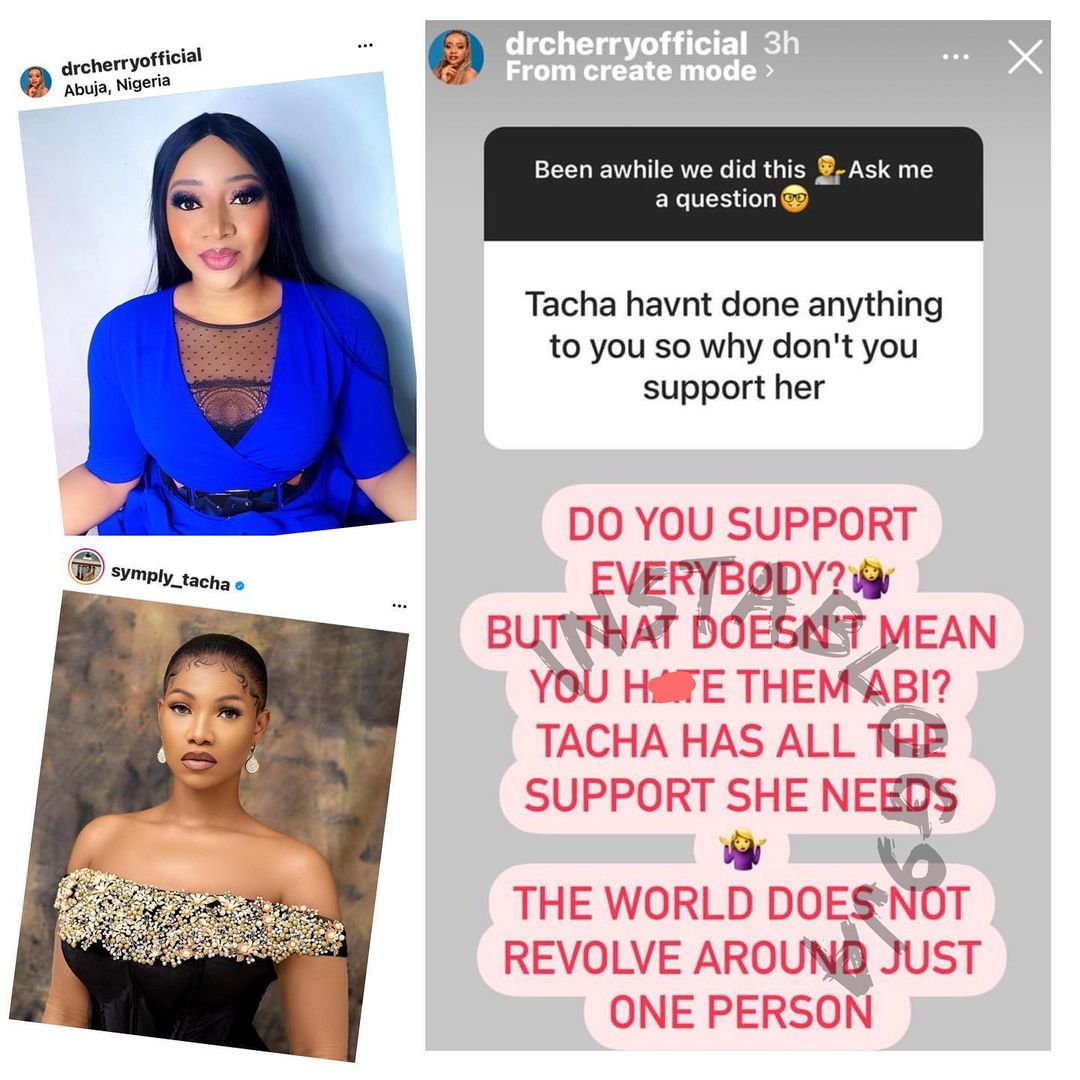 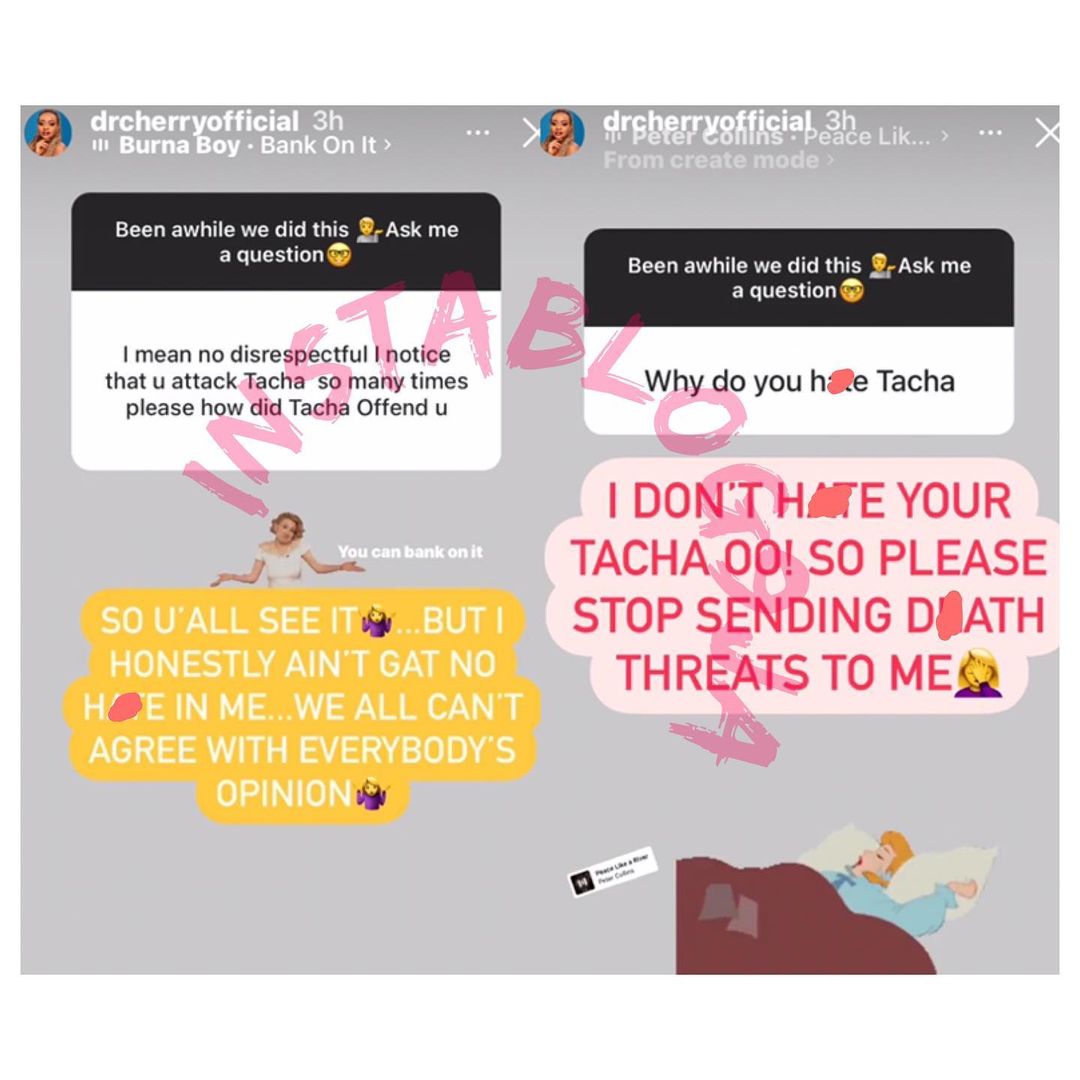 Tacha has never backed out of a conversation with fans or top personalities in the entertainment industry and fans will be anticipating her response.