Home Entertainment I had my first Orgasm watching Nicolas Cage in Face/Off movie as... 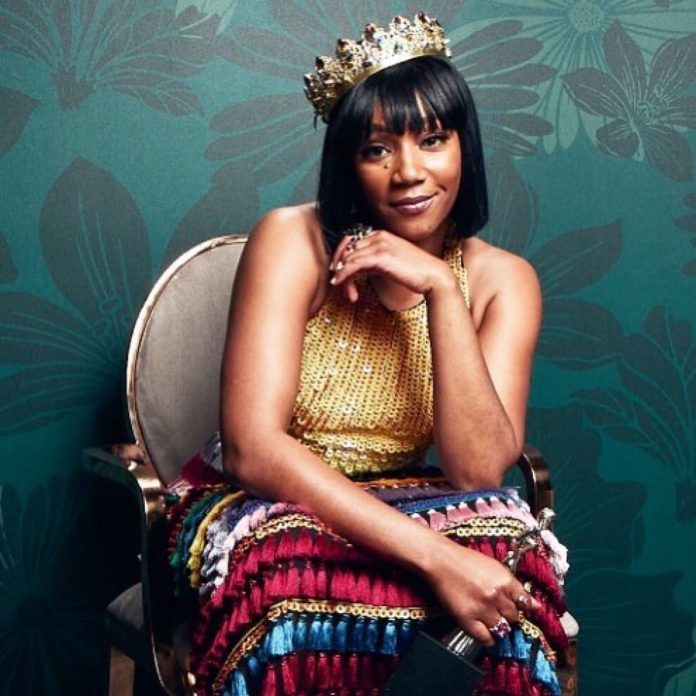 Hollywood actress and comedienne, Tiffany Haddish in a recent interview with NPR revealed that she had her first-ever orgasm and she gives actor Nicolas Cage credit for it.

The 41-year-old star, while promoting the new season of her animated comedy series Tuca & Bertie on Adult Swim, spoke about her life.

According to her, she had never met Nicholas Cage before that and she had to tell him a funny story before they proceeded with the film.

She said she told him how she got her first orgasm watching his 1997 film Face/Off.

Haddish began by saying she gets uncomfortable when she has to act around someone she doesn’t know, and usually has to tell them a story to break the ice.

After the first hour, she convinced Nicholas Cage to let her tell him the story and everything would be “cool” after that.

She said: “So basically, I was at the movie theater seeing Face/Off, I was about 17 years old, on a date with this guy, and nobody else was in the theater really.

She said they started making out and it was her, “first time being fiddled with,” adding she was, “achieving a momentous moment that I never achieved in my life, I opened my eyes and the eyes of Nicolas Cage are looking into my eyes.”

“That was my first Big O,” she said, adding she stood across from, “those same big old eyeballs telling him the story.”

She added her brain was “going crazy” and that she had to tell him the story so she could get it out of her head.

When asked how Cage reacted to the story, Haddish said, “He laughed super hard and he goes, ‘You know, my first wife, she saw me in a movie and she said she was gonna marry me and we ended up getting married.'”