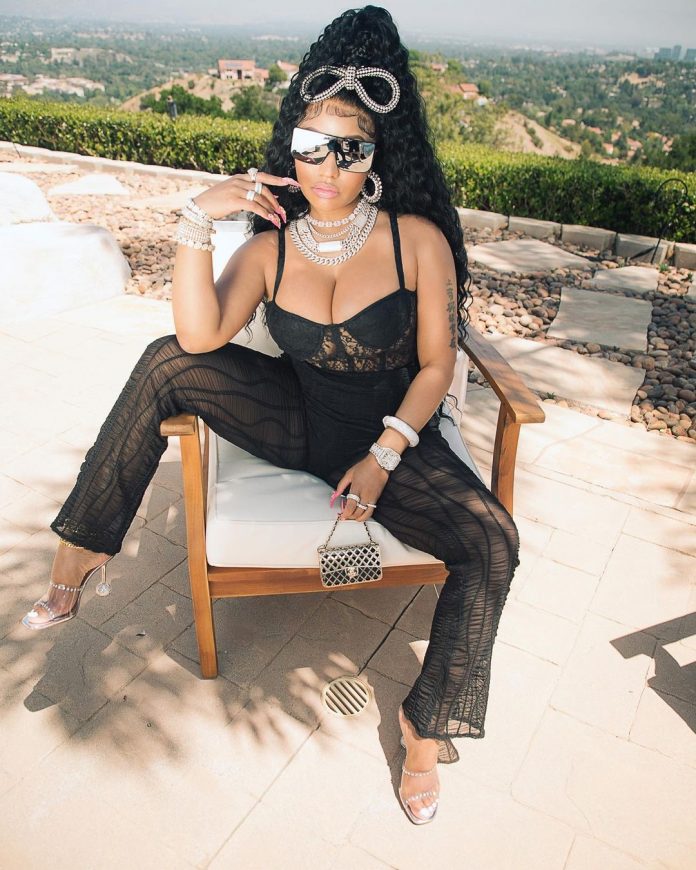 American Rapper Lil Wayne and Nicki Minaj were both live on Instagram Thursday night and out of the blue Nicki asked Wayne about his favorite sex position.

According to the rapper he always prefers to be on top of his woman, or any lady he’s in bed with.

Nicki says, “I keep forgetting he’s so fucking smart and then it’s always a double entendre.”

Lil Wayne continues, “I can explain. When you on top — now, I don’t want to mess you up Nicki. Listen, when you’re on top, you just lay her down and go, ‘Stop movin, stop movin, stop all that humpin’ back.”

Nicki then jumps in, “Let me say this first Wayne and you tell me how you feel as a guy. If the girl’s legs can’t go all the way up like that so the n-gga can suck your toes while he’s on top, then you ain’t doing it right.

Wayne replies: “I’m not into that. I like the woman to lay down and just look up at me, just to see the power she has over me in such a moment.

“So a woman could be like, ‘So damn I’m just laying here, I ain’t humping back, I ain’t doing nothing and you feeling like this? I’m a powerful muthafucka.’ I just like a woman to know the power she has, possess.”

Nicki Minaj over the years, since her career hit the rooftops, has been surrounding with various controversies and one of such popular ones was when she was accused of saying she made Female Rappers mainstream. (watch the video here).