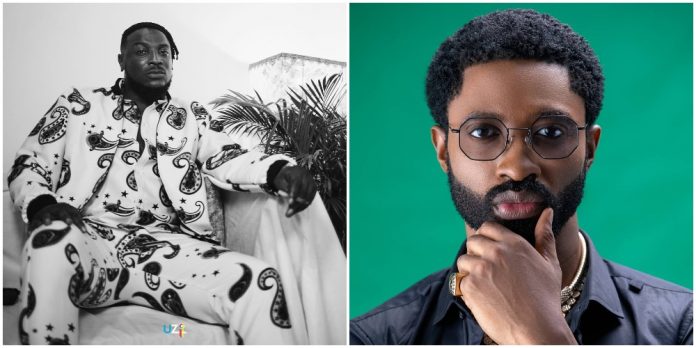 Nigeria music star, Ric Hassani has issued a stern warning to his colleague in the industry, Peruzzi, who claimed he has fallen in love again. 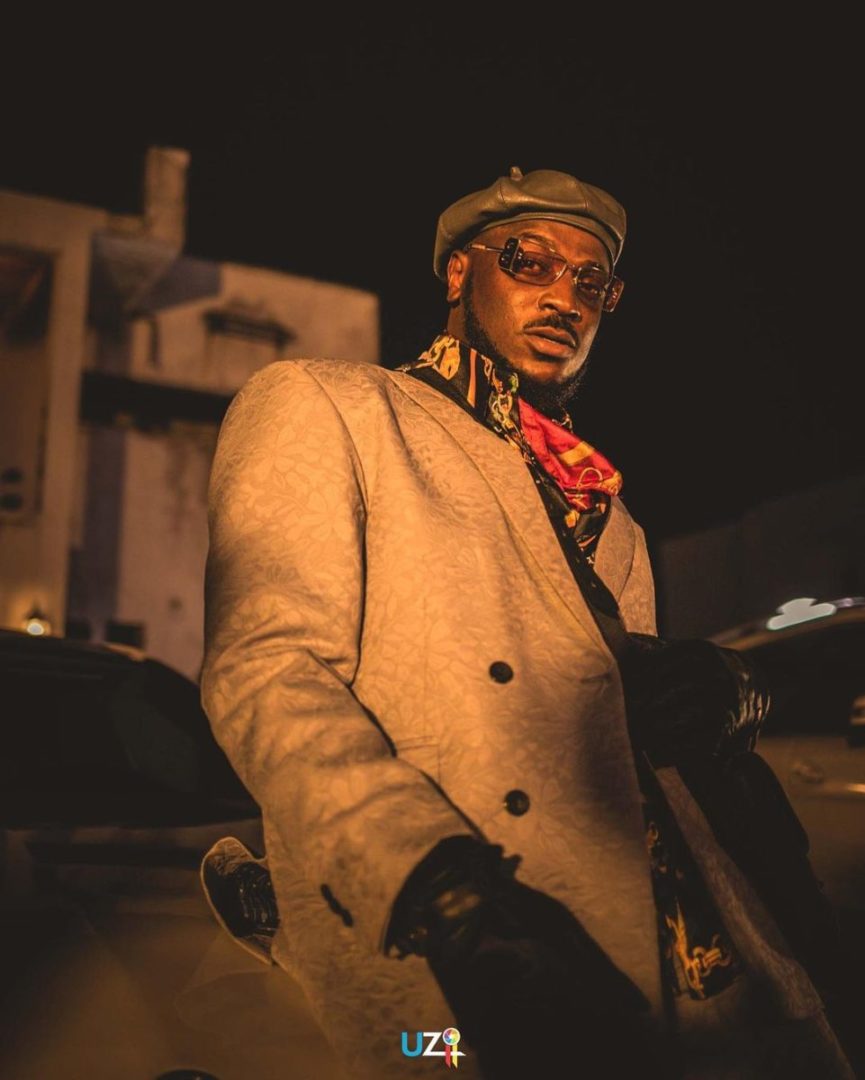 Love they say is a beautiful thing but top personalities in the entertainment industry have been careful when it comes to choosing their partner.

Celebrities have been caught at a crossroads in their relationship life with many forced to become baby mama and baby daddy.

However, after so many heartbreaks, Peruzzi seems to have finally found the love of his life and he couldn’t hide the joy that comes with it.

The talented singer took to his official Twitter account to announce the new development with fans but Ric Hassani wasn’t too pleased with it.

Peruzzi tweeted on his timeline: “I don fall in love AGAIN, smh”.

However, Ric Hassani responded by urging his colleague to flee, noting that it’s a set-up.

Ric Hassani responded:”Bro, na set up. Commot for there broda.”. 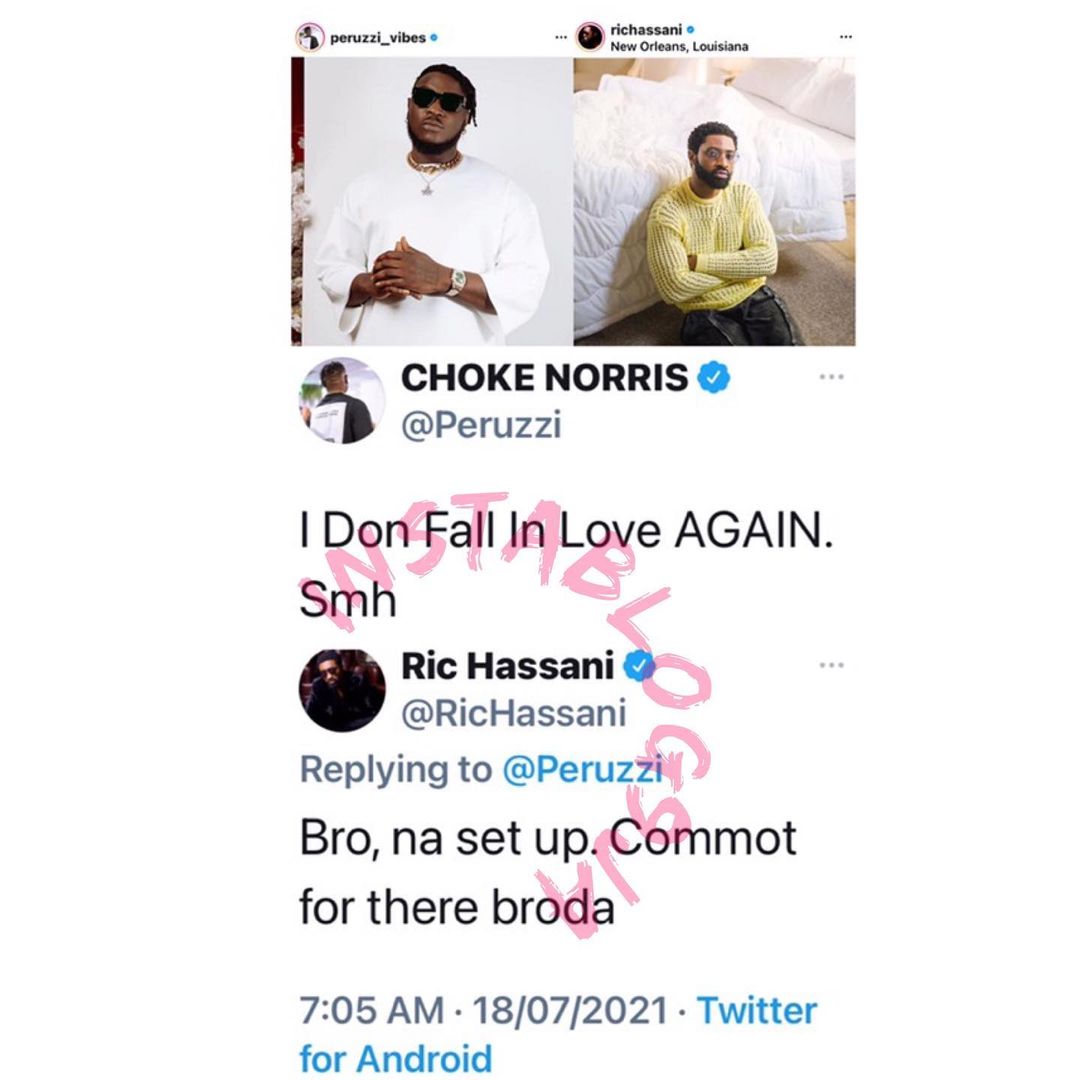 This is coming just days after Peruzzi announced that he will be quitting Cigarette and alcohol after Obama DMW died of suspected heart failure. (Read Details Here).

Violette - December 21, 2020 0
Veteran Nollywood actress and filmmaker Genevieve Nnaji has called for a Verzuz battle between two of Nigeria's greatest artists in Burna Boy and Wizkid. ...

Johnson Olumide - February 17, 2020 0
I have over the last few months Studied the Fashion World and when it comes to collections from the Balmain, it always a fashion statement that leave me...

Violette - January 23, 2020 2
Nollywood actress, Toyin Abraham has reveal how much humble and respect reality star and model, Mercy has. With some section of the fans claiming that...

King Baddo, Olamide Chilling with the Ooni Of Ife And Oba Saheed Elegushi

Johnson Olumide - February 17, 2020 0
The Yoruba Ace Rapper as continued the Year in Awesome Fashion, just Barely 48-hours ago after attending Toolz Oniru and Captain Demuren's Traditional Wedding, of Which he was called Homosexual on...