Home Entertainment Celebrities “I have a good wife in South Africa” – Lincon continues to... 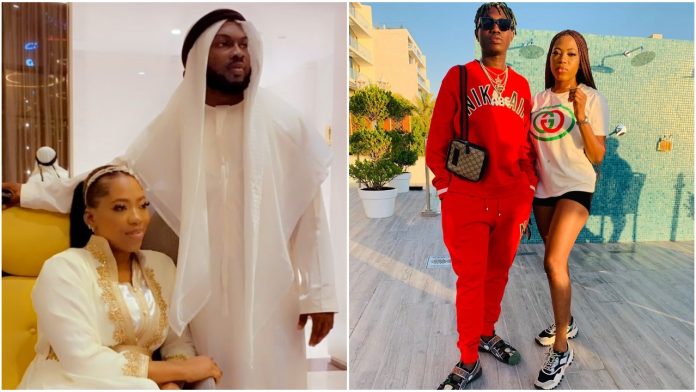 “Bye Bye to yeye baby mama” as Lincon continues to drag his wife of 6 months, Bolanle, then reveals he has a “good wife” in South Africa. He also has a message for those taking Bolanle’s side while commenting on blogs.

Bolanle, who featured in Zlatan Ibile’s Pepper Dem video, and Lincon got married less than 6 months ago.

The celebrity couple does have a son, which they welcomed 2 months ago.

In other news, Juliet Ibrahim leaves little to the imagination, shows off major hips (photos)