Home Entertainment I’m free of the STD I contacted from Lyta – Lyta’s baby... 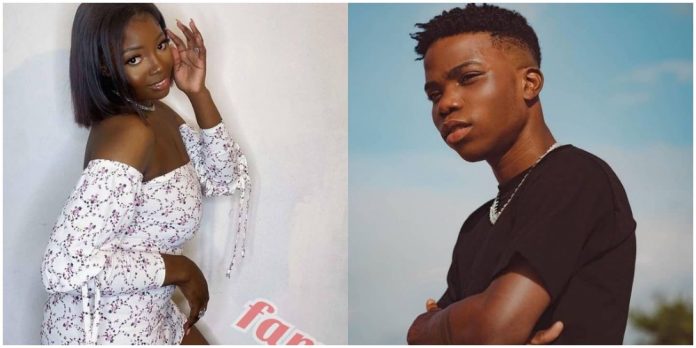 Kemi Ayorinde, baby mama of Nigeria music star Lyta has revealed that she’s finally free and clear of the Sexually Transmitted Disease (STD) she contacted from the singer. 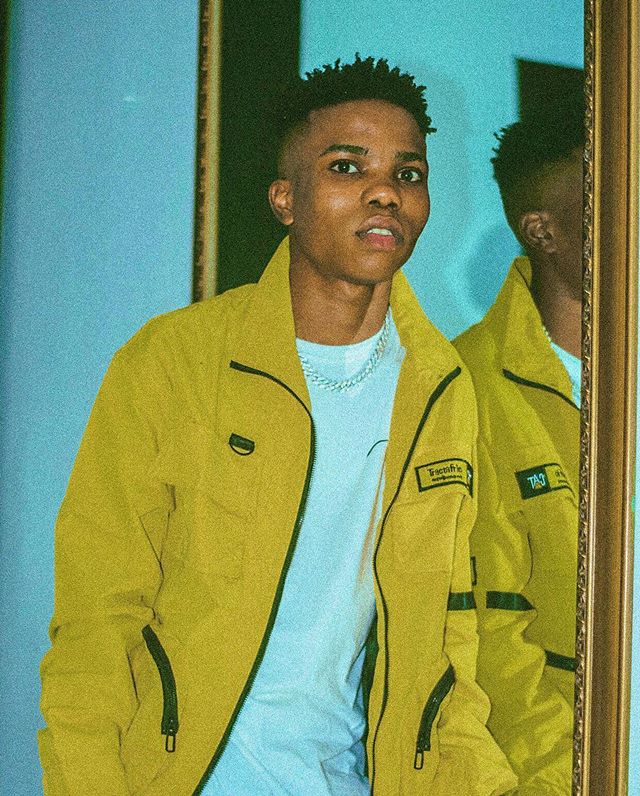 Lyta has been trending on social media for the past few weeks, not for his latest single but his dramatic scenes with his baby mama, Kemi Ayorinde.

The relationship between Lyta and Kemi Ayorinde hit the rock some weeks ago after Kemi accused the singer of failing to take care of their child.

According to Kemi, Lyta couldn’t pay for the balloon that will be used in celebrating their son birthday as she went on to reveal how she’s been helping him. (Read Details Here).

However, Kemi shocked millions of Nigerians on social media when she revealed that Lyta affected her with STD when they were about to welcome their child.

This statement came as a shock to fans but Kemi in a new post on her timeline has now revealed shared the latest update on the ailment.

According to Kemi, she got a call from her doctors who told her she’s free from the disease after two years of infection.

Kemi noted that this good news is coming just two days before her son birthday and it proves what God cannot do does not exist. 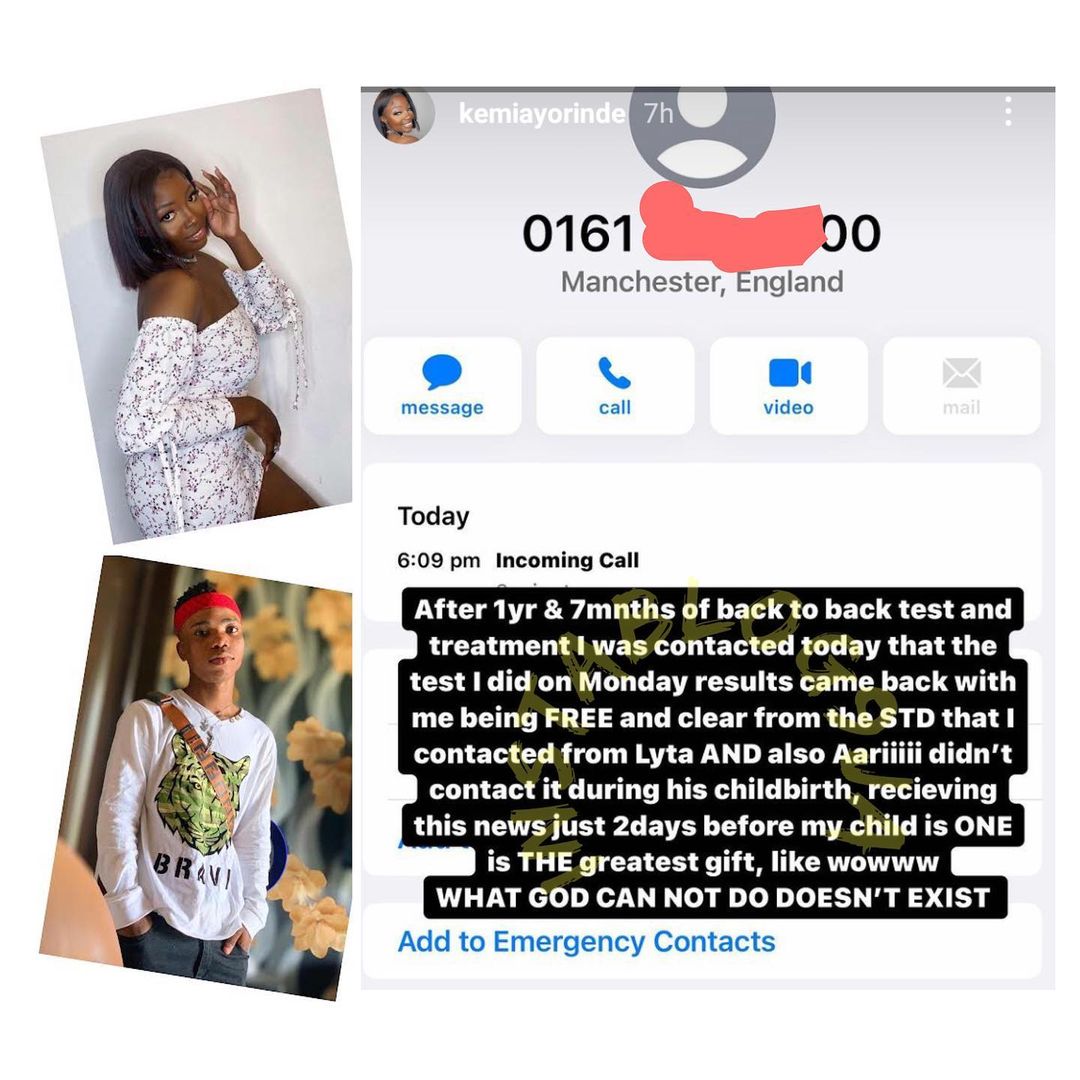 Johnson Olumide - June 9, 2021 0
Nigerian music star, Tems has opened about her performance on the Wiskid's Essence song. According to her, she feels like she didn't do enough on...

#BBNaija: “I feel stupid knowing the truth that Whitemoney didn’t nominate me” – Maria...

Violette - August 31, 2021 0
Evicted BBNaija ‘Shine Ya Eye’ housemate, Maria has disclosed that she feels stupid after realizing that Whitemoney never nominated her for eviction. It would be...

Leo Dasilva mourns his late mom who was a lawyer

Violette - March 18, 2020 0
Nigerian media personality, Leo Dasilva mourns his late mom who was a lawyer. In one of the editions of the popular reality show, the Big...

Violette - February 10, 2020 0
Singer and songwriter, Kelly Hansome engage girlfriend who have been with him for a long time as the singer set to walk down the...

Johnson Olumide - March 21, 2020 0
Davido took to his Insta-story to react to the postponement of elections by the Independent National Electoral Commission (INEC), announced few hours ago.  Davido who...