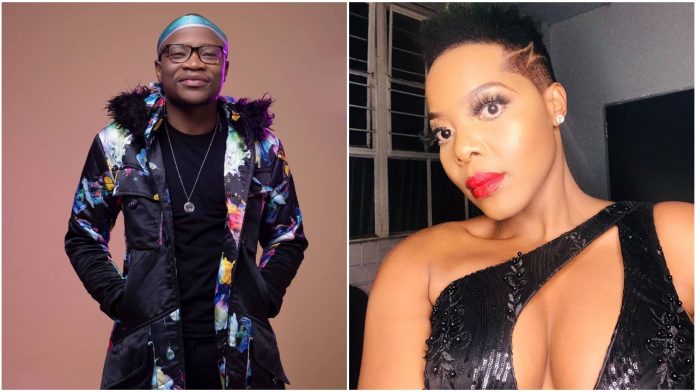 South African singer-songwriter, Nomcebo Nothule Nkwanyana known in the entertainment space as Nomcebo Zikode has made claims to not being adequately compensated for her contributions to the highly acclaimed ‘Jerusalema’ song by Master KG.

Zikode made this publicly known via a press release she shared on her Instagram page on Sunday, 11th of July 2021.

In the press release, she disclosed that her label, Open Mic Productions has refused to pay her a cent and what’s due for her contribution to the hit record ‘ Jerusalema’. 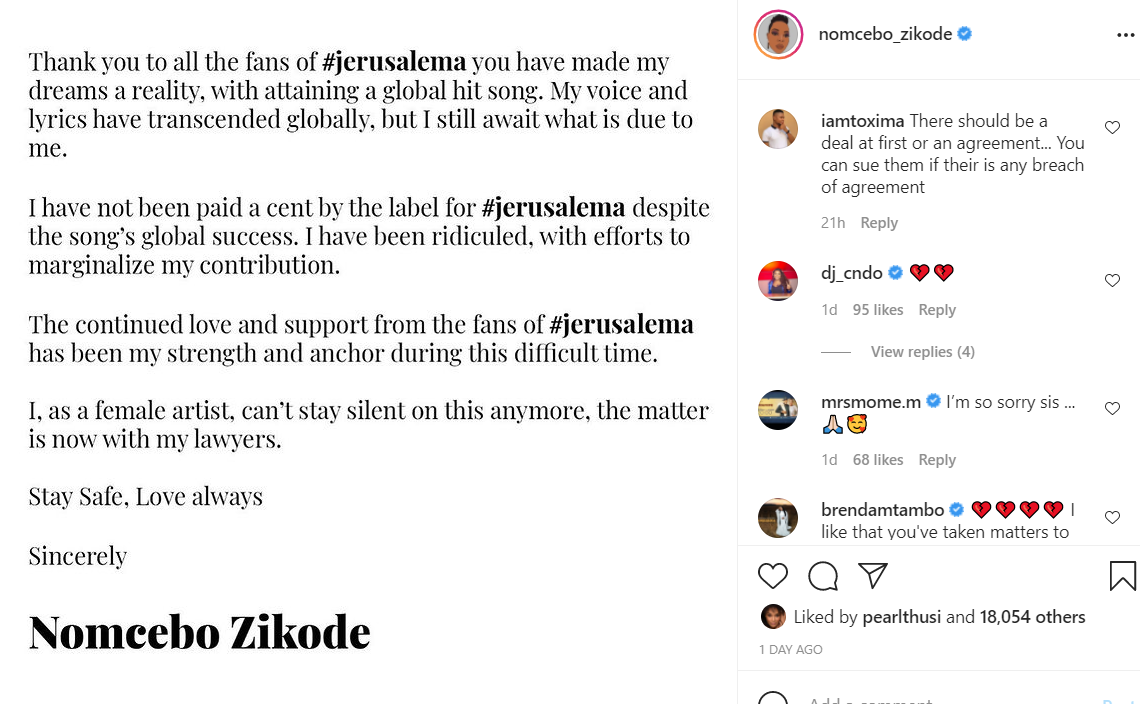 Zikode also disclosed that the success of her collaboration with Master KG on ‘Jerusalema’ has done nothing for her. On the contrary, her “efforts to marginalize” her contributions havesubjected her to mockery. 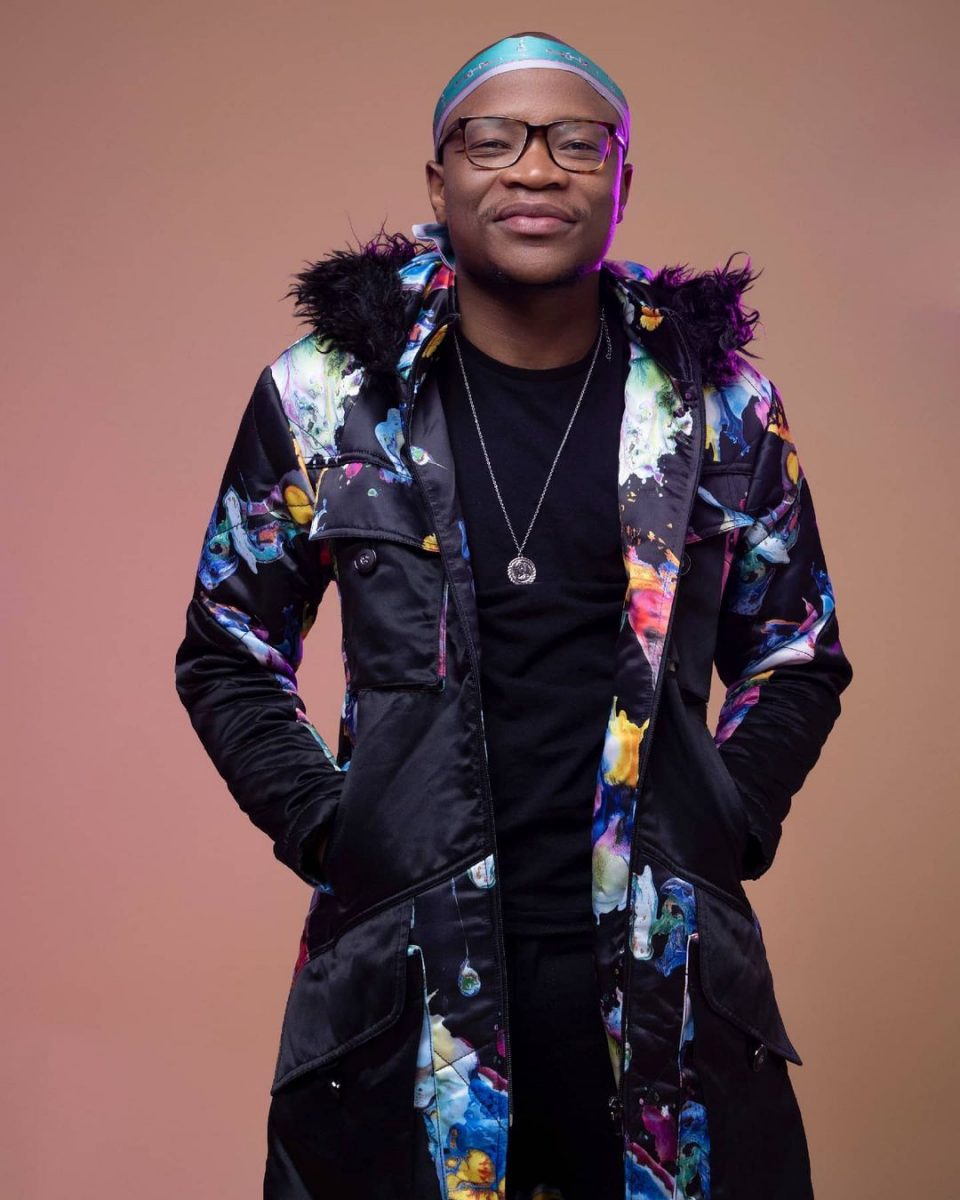 However, Master KG has debunked accusations of breaching the contract with regards to the revenue split via a couple of tweets he deleted shortly after.

He said that the agreement between them was 50/50 but Nomcebo wanted to take 70% for herself and leave 30% for him. 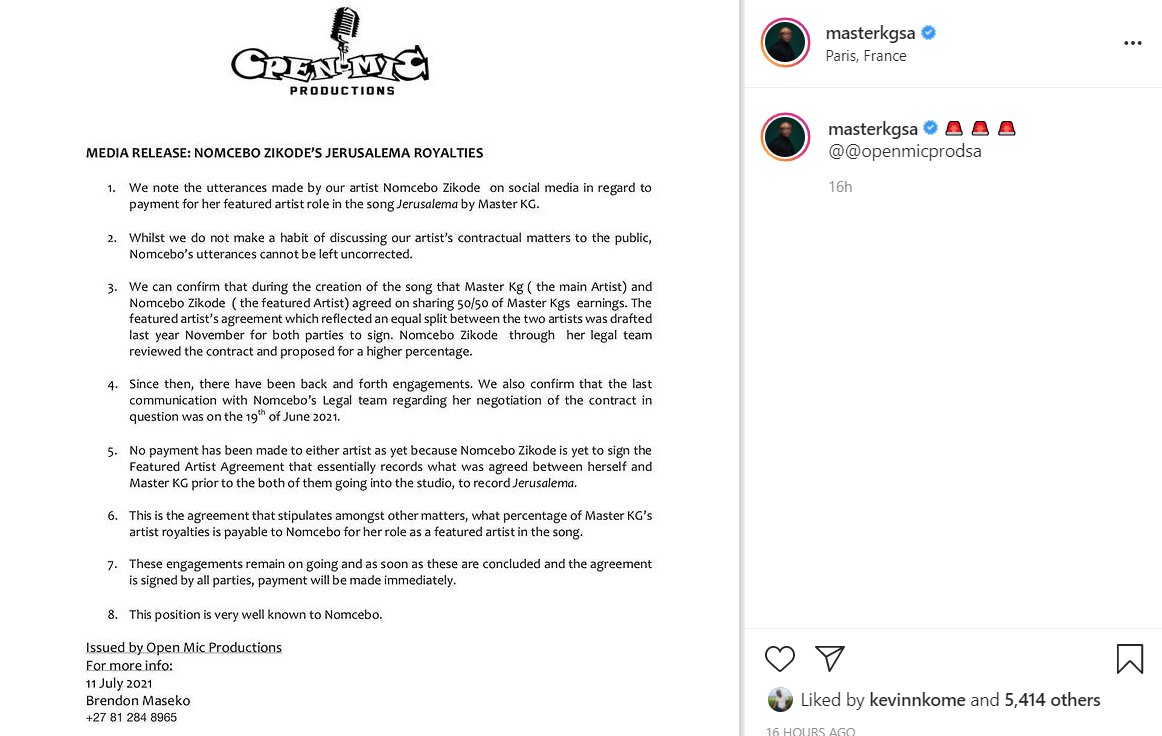