Home Sports Tennis Naomi Osaka Claps Back at Megyn Kelly after She criticizes her for...

Four times, Grand Slam champion, Naomi Osaka via her social media platform hits back at divorced American Journalist Megyn Kelly after She criticizes her for her recent Magazine Covers.

Recall back in May Naomi Osaka made headlines after she decided to make her mental health a priority and issued a warning that she would not be doing press while competing at the French Open.

That ultimately led to her withdrawing from the tournament after the first round when she was fined for sticking to her promise. She would later withdraw from other tournaments as she placed her mental health first while preparing for the Olympics. (read it here).

On Monday, Naomi was announced as one of the three cover stars for Sports Illustrated’s latest swimsuit issue.

While many people showed Naomi love for her cover, there were some who criticized her for appearing on the cover, as well as other covers but making the decision to not participate in press conferences following her matches. 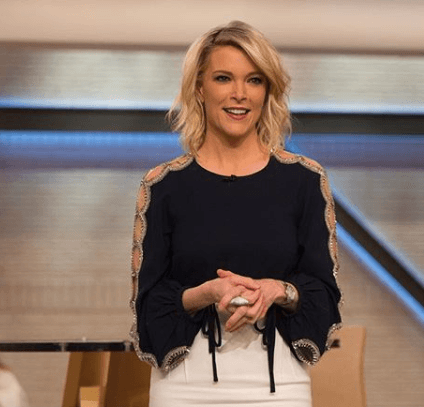 One person, in particular, was Megyn Kelly, who retweeted a tweet from Clay Travis who spoke about all of Naomi’s recent endeavors, and Megyn added, “Let’s not forget the cover of (& interview in) Vogue Japan and Time Mag!” Naomi took a moment to gather Megyn and said in a now-deleted tweet, “Seeing as you’re a journalist I would’ve assumed you would take the time to research what the lead times are for magazines,” Osaka wrote, according to a screenshot captured by Sporting News. “If you did that you would’ve found out that I shot all of my covers last year.

“Instead your first reaction is to hop on here and spew negativity, do better Megan.

The tennis pro’s response prompted another response from Kelly, who accused Osaka of only being tough “on the courts,” while revealing with a screenshot that Osaka had blocked her on Twitter.

“Poor @naomiosaka blocked me while taking a shot at me (guess she’s only tough on the courts). She is apparently arguing that she shot her many covers b/4 publicly claiming she was too socially anxious to deal w/press,” Kelly wrote, before alleging that Osaka “just doesn’t like questions she can’t control”.