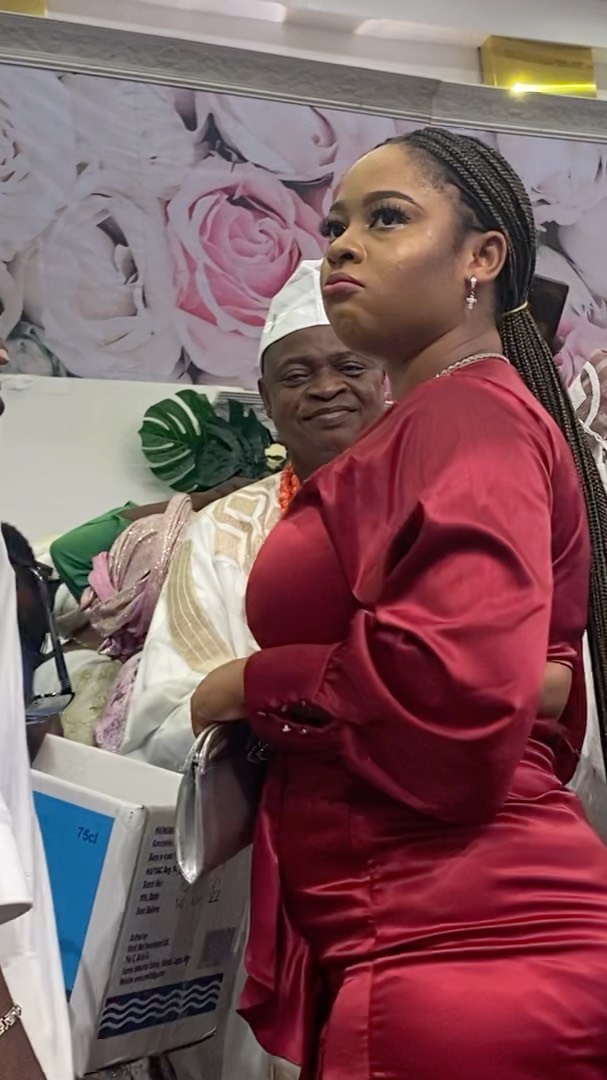 A trending video has shown the moment Similoluwa, the sister of Olori Moronke Naomi Silekunola, wife of the Ooni of Ife, Oba Enitan Adeyeye Ogunwusi, was dancing to the music of popular Nigerian Fuji singer, King Wasiu Ayinde Marshal, also known as K1 De Ultimate, at an event.

The Olori’s sister, who has her striking resemblance, joyfully moved her waist from side to side as other kings who were present at the event stylishly stole some looks.

As Kabiyesi Olowa of Igbara Oke sprayed money into a box for her, the other kings took turns in admiring her well-endowed backside as she wriggled to K1 De Ultimate’s music.

Violette - November 27, 2020 0
Multiple award winning singer, rapper and songwriter, Folarin Falana popularly as Falz have just had a street named after him in Lagos State, a...

Violette - January 1, 2021 0
Talented Nollywood actress Scarlett Gomez has kick-started 2020 with a bang as she bless fans with an adorable picture.of herself having a romantic time...

I am travelling out to increase my butt – Bobrisky shows off his ass...

Violette - July 1, 2020 0
The Nigerian male Barbie who is popularly known for his body transformation is at it again. Okuneye Idris Olanrewaju which goes by his real name...

Johnson Olumide - January 2, 2020 0
10 Compliments your girlfriend/wife desperately wants to hear from you (tips for men) Heartfelt compliments are one of the easiest and most effective ways of...