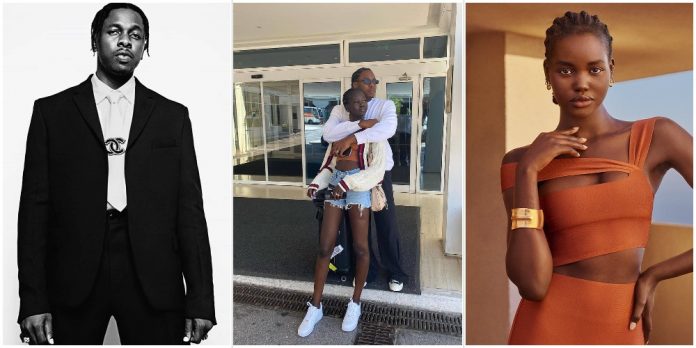 The relationship between award-winning singer Runtown and his adorable South Sudanese model, Adut Akech, seems to have hit the rock. 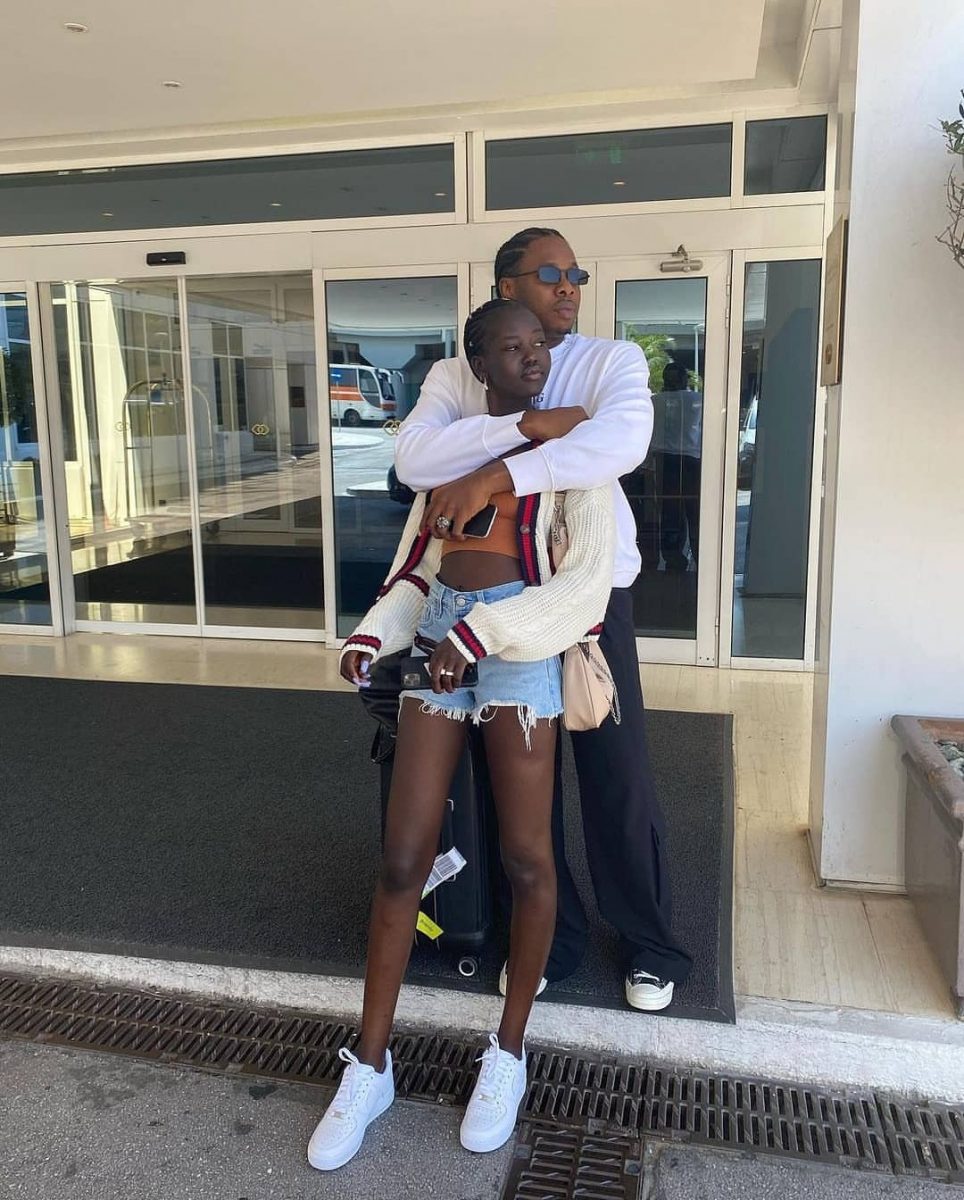 Runtown has not just become famous on social media for his hit songs but also for his love life with Adut Akech which he has not been shy in show off on his platforms. (See some of their lives up pictures here).

However, things seems to have taken a new twist as a latest indication from Adut Akech shows that they are no longer in good terms.

Adut Akech gave fans an hint about their relationship during a question and answer session with fans on her Instagram page.

Asked if she’s single, Adut Akech stated that she’s single and ready to mingle, a statement that will come as a shock to fans. 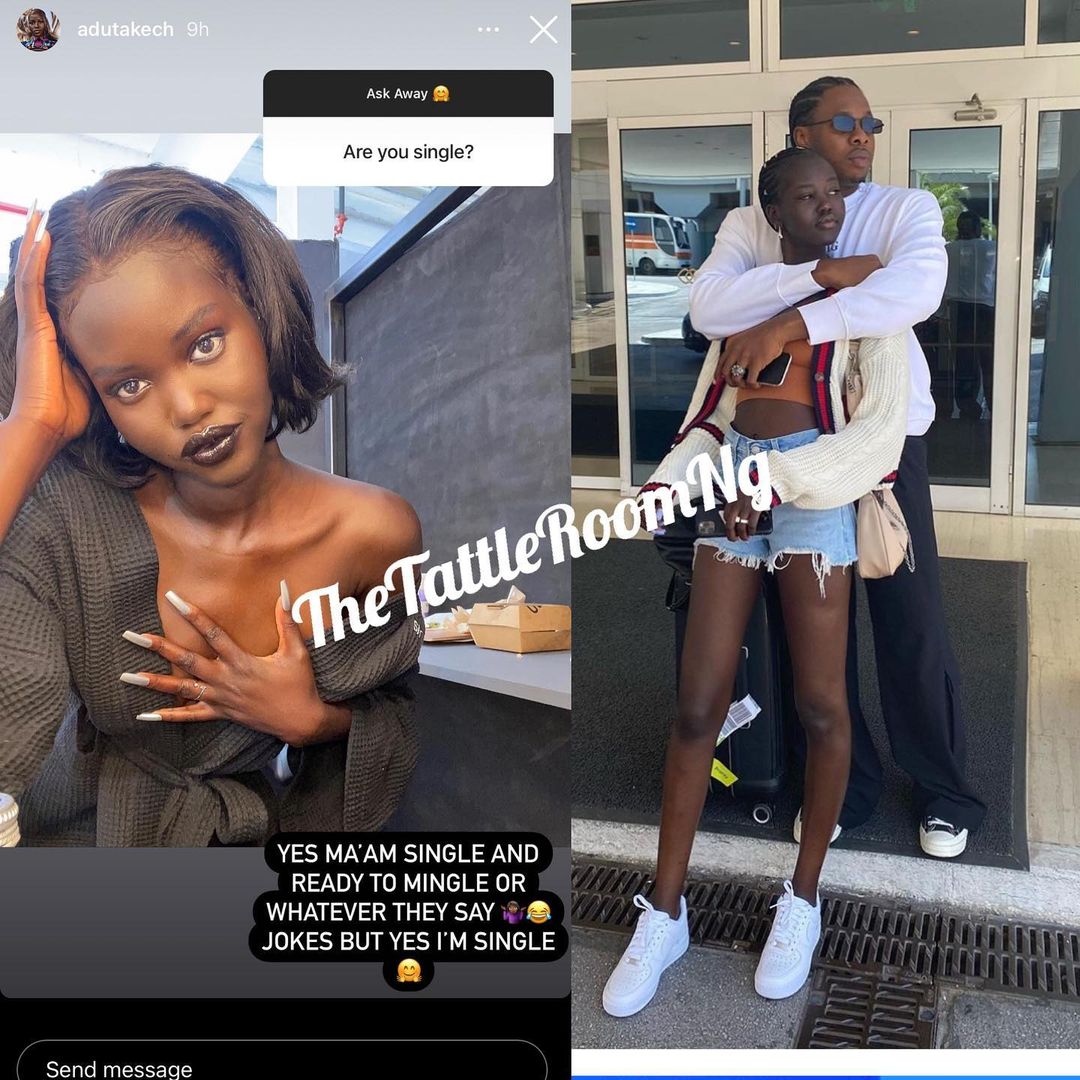 The beautiful model engaged to Runtown after flaunting a diamond ring some time ago and it’s still sketchy why they’ve decided to end the relationship.

A quick check on their Instagram page shows the two have deleted photos of each other on their pages and that insinuates that there’s something wrong somewhere as their relationship may have ended in tears.

All eyes will be on both superstars as we hope they reveal what reveal what has transpire between them.