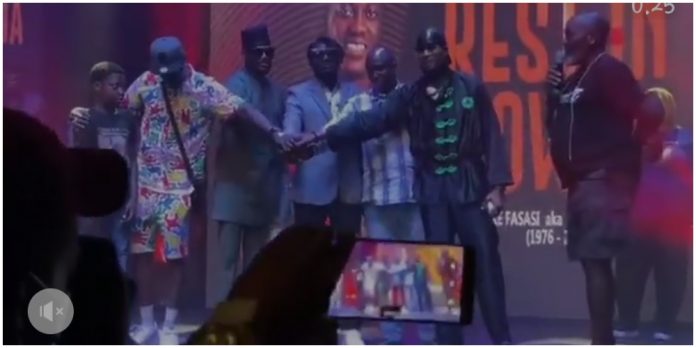 It’s all love between former musical group Plantashun Boiz (2face, Faze and Blackface) as they end their longtime beef to reconcile at Sound Sultan’s tribute night. 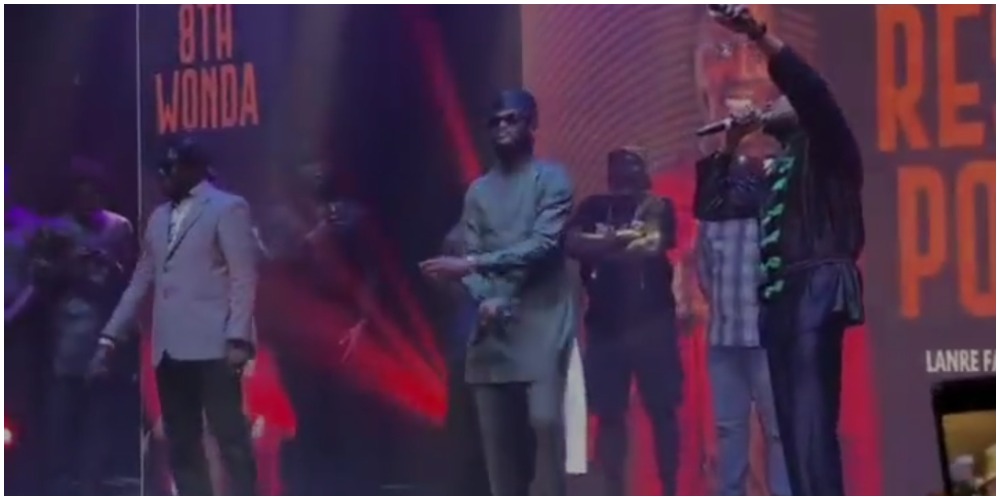 It would be recalled that Sound Sultan was pronounced dead on July 11, 2021 after losing the battle to Angioimmunoblastic T-cell lymphoma (AITL), a rare form of non-Hodgkin lymphoma.

The 44-year-old singer was buried in New Jersey, U.S. on Sunday (the same day he died) according to Muslim rites, (See Video From His Burial Here).

Condolences message has been pouring in for the singer ever since he was pronounced dead and top personalities in the entertainment industry hosted Night of Tribute to honour him yesterday, Sunday, July 24.

The event was held in Lagos as top personalities in the entertainment industry were given the chance to speak about the deceased and his lifetime.

However, Plantashun Boiz took center stage during the concluding part of the show as they settle their rift that has been on for years.

The trio that consisted of 2face Idibia, Faze and Blackface decided to forget their past as they tend to start a new adventure in their various career.

In a bid to show that peace has reign, they performed some of their songs to close the night and it was an emotional night.

See video of their performance below: