Home Entertainment Pray you are watching over me – Tiwa Savage pays a visit... 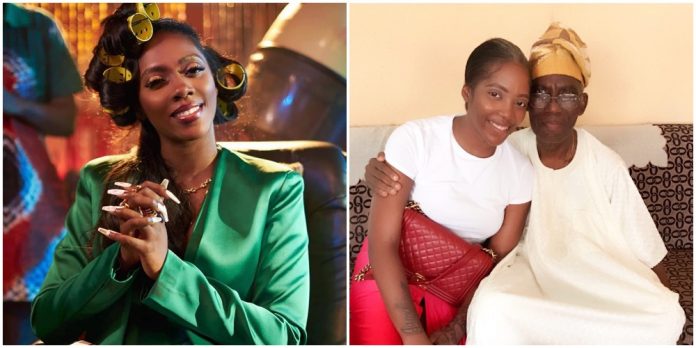 Nigeria music star, Tiwatope Savage popularly known as Tiwa Savage has finally paid a visit to her late father’s house, days after she announced his death. 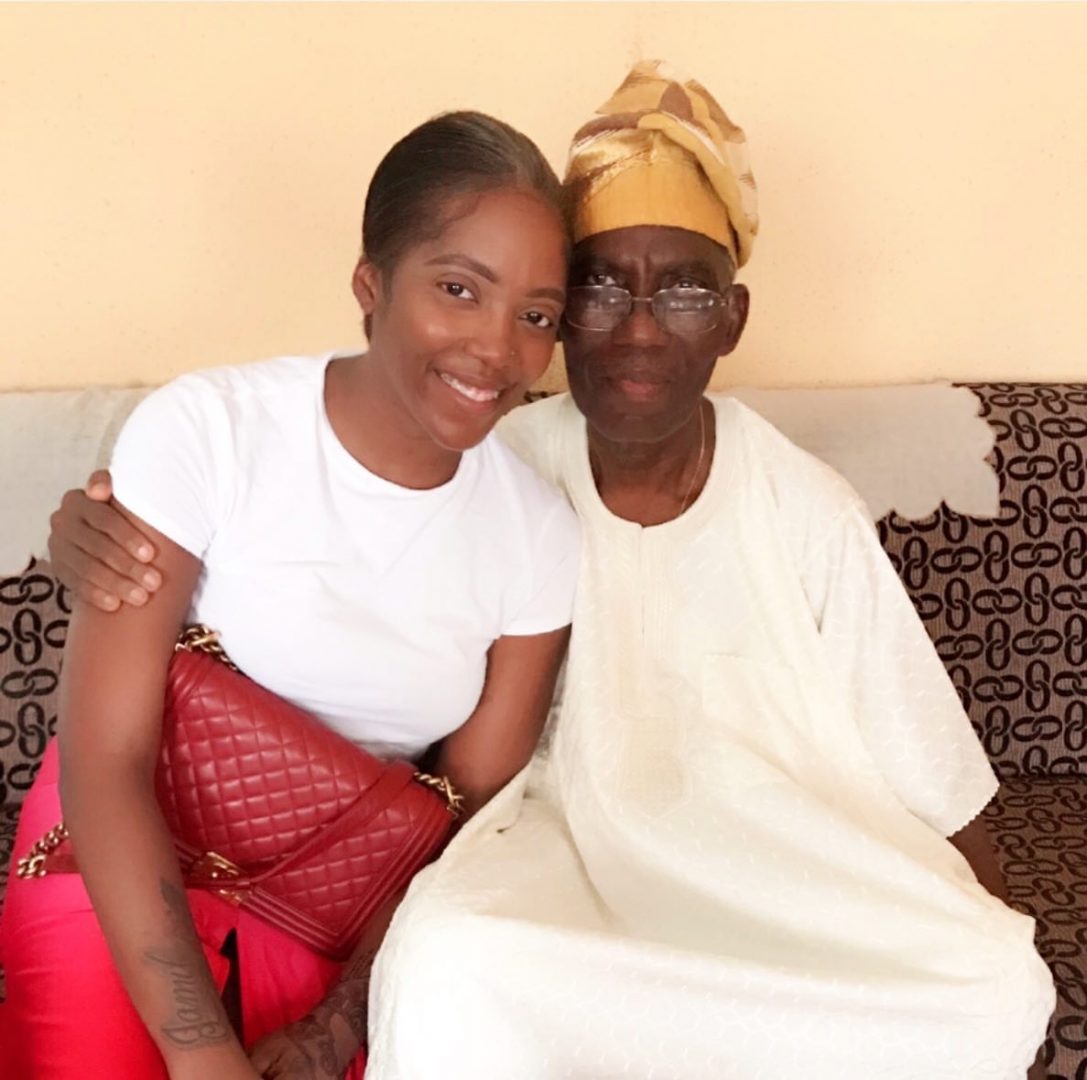 It would be recalled that Tiwa Savage announced her father’s death some days ago and it was a piece of news that brought pain and sadness to fans and celebrities in the entertainment industry.

Tiwa Savage via a post on her official Instagram account had shared a picture she took with her father and captioned it with a heartfelt message.

According to the singer, her father has lost the battle he’s been fighting for the past few years, she added that his death has got her weak and numb, (See her post here).

Her message touched the hearts of millions across the globe who prayed she gains the strength to overcome her loss.

This now looks like a mission well accomplished as the ‘Koroba’ crooner finally summoned the courage to visit her late father’s house.

Tiwa Savage shared the moment she arrived at her father’s house on social media and she noted via the video that she missed her deceased father.

The talented singer also noted that she prays her deceased father is watching over her in heaven, a prayer many fans will pray is answered.

Tiwa Savage’s father death is coming just days after she lost a close friend in Obama DMW to the cold hands of death.

See video of Tiwa Savage at her father’s house below:

Breastfeeding My New Baby Hurts So Much – Bambam Reveals

Violette - March 12, 2020 0
The newest mum in Nigerian reality show call BBNaija big brother Naija, Bambam, has come out to reveal that despite all her happiness, it’s not been...

“I’m not in support of this” – Toyin Abraham berates fans hurling insults at...

Violette - May 28, 2021 0
Veteran Nollywood actress and filmmaker, Toyin Abraham has lashed out at fans who are hurling insults at her colleague, Lizzy Anjorin, just to show...