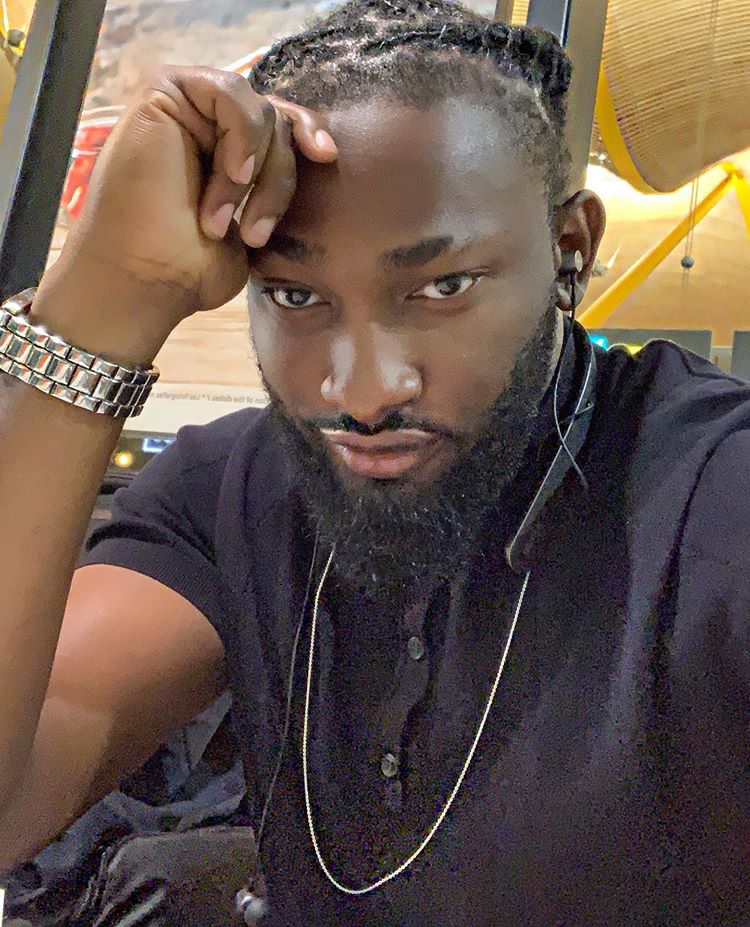 Nigerian Media personality Uti Nwachukwu, took to his social media page to call out popular Instagram blogger, instablog9ja after it posted that he lampooned music executive Soso Soberekon over the death of the now late music Legend, Sound Sultan.

According to Uti, the post he made about people not allowing other Nigerians to mourn the late singer in peace, stating that such people are bittered people had and have nothing to the with his long time friend, Soso Soberekon. (Read about it here).

And there is no way he did ever come for him, expressing that both celebrities go way back and all the insinuation is coming from instablog9ja as both his post and that of Soso went online almost at the same time.

Soso Soberekon has also reacted to the news, by post a screenshot of Uti’s response to the news.

In other news, Former Kaduna Deputy Governor, Barnabas Bantex dies aged 64, Bantex was deputy governor to Governor Nasir El-Rufai between 2015 and 2019 when he resigned to contest for Kaduna South Senate seat in 2019 on the platform of the All Progressives Congress (APC). (Read all the details here). 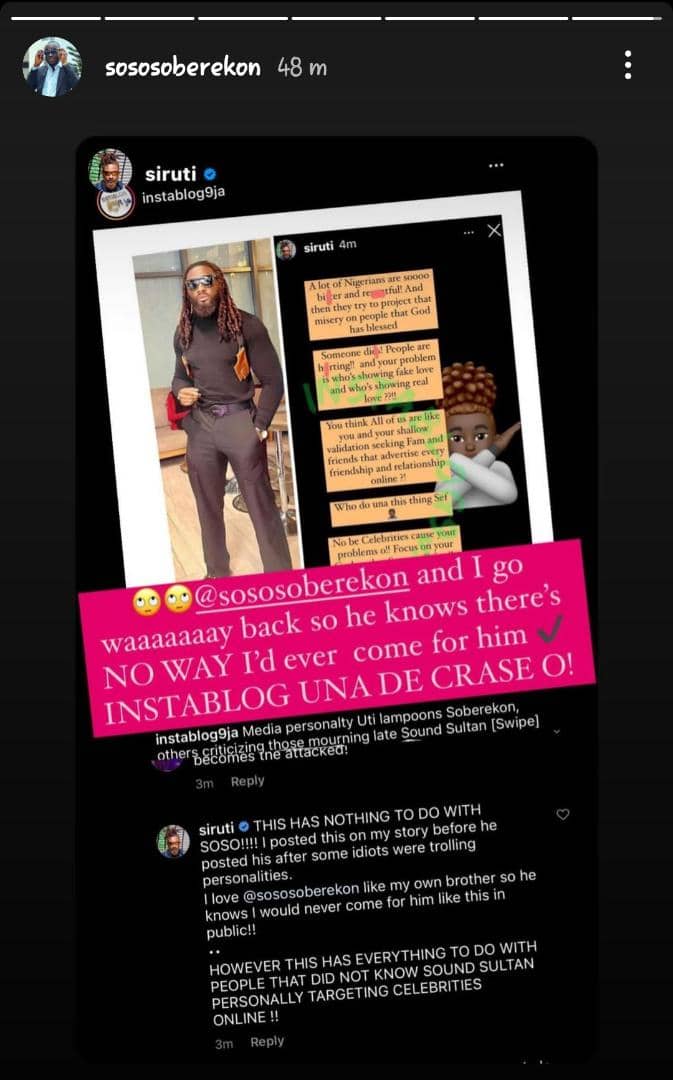