Nigeria music star Wizkid has continued to write his name in the history book as his hit single ‘Essence’ bags new record on US Apple Top 50 songs. 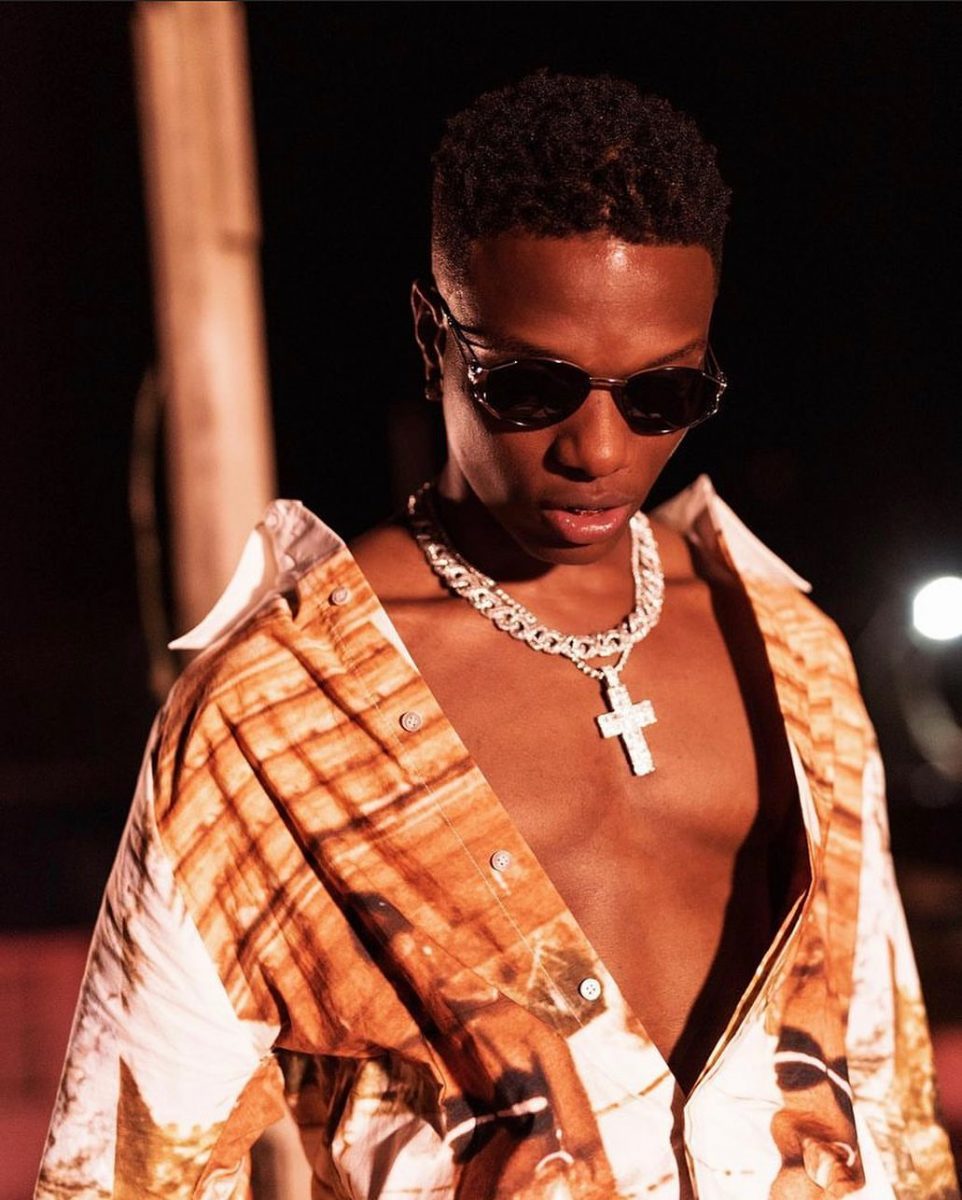 Wizkid has been consistent in dishing out hit tracks and albums ever since he rose to stardom and this continued some months ago when he dropped his fourth studio album, ‘Made In Lagos’.

The album comprises 14 hit tracks with the likes of Burna Boy, Damian Marley, Skepta and Tems featuring on it, (See album list here).

Wizkid’s ‘Made In Lagos’ has been well accepted by fans and lovers of good music but one single has stood out from the album, ‘Essence’.

READ ALSO
BEAUTY is nothing if your TONGUE is ugly! – Blossom Chukwujekwu shades Ex wife as he goes Bald

The Grammy award-winning singer and songwriter featured Tems in the hit single and the song has continued to break barriers on all streaming platforms.

‘Essence’ some hours ago became the first African song to make US Apple Music Top 50 Songs, a move that will bring smiles to wizkid’s fan base, Wizkid FC.

The song is now ranked number 50 on the platform and there are chances it will still rank high in the next few days. 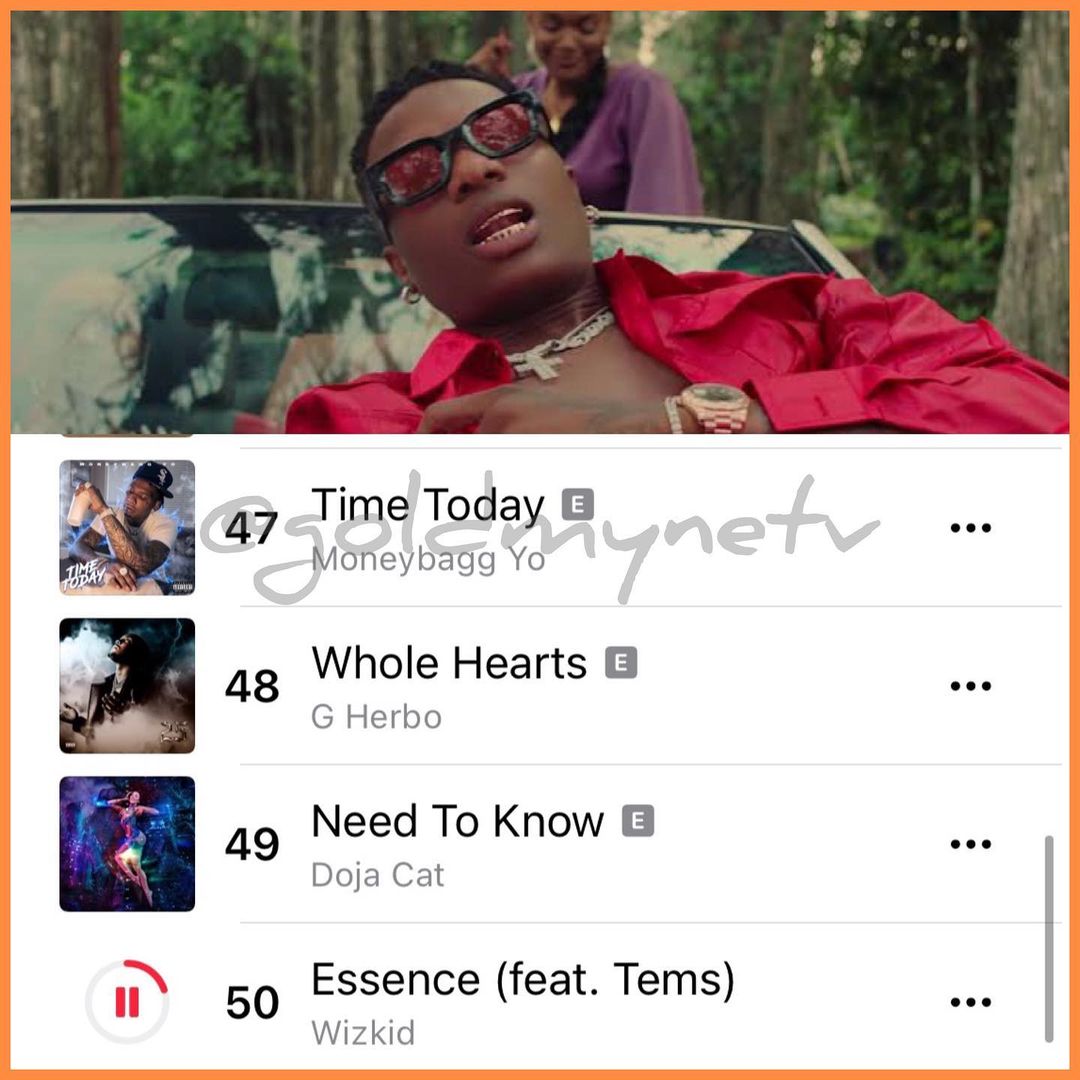