Home Entertainment American rapper, Saweetie shows off her curves as she stuns out in... 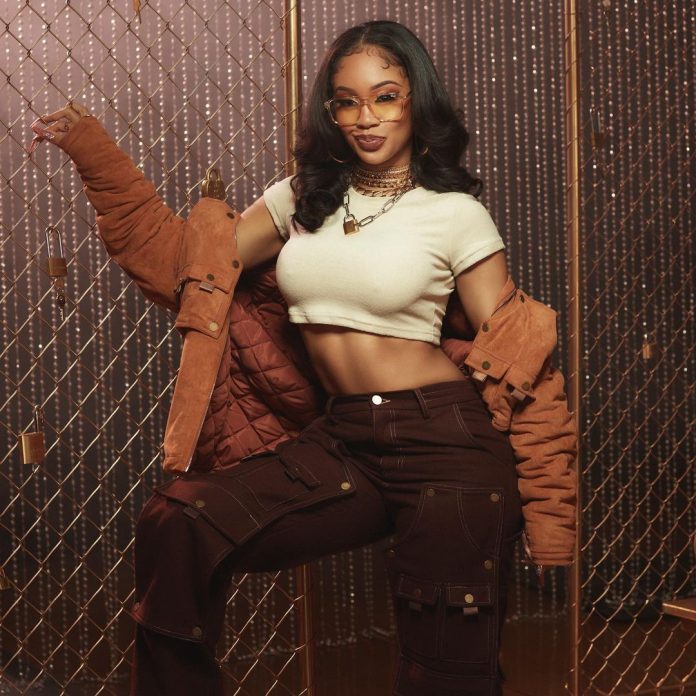 American singer, rapper and songwriter, Saweetie has got social media fans buzzing as she releases some stunning new pictures that showcased her curves.

Saweetie is ranked among the best entertainer in the world and she has been consistent in dishing out hit projects for her fans.

The talented singer and songwriter have also been able to capture the hearts of fans with her fashion sense.

Saweetie continued this good form some few hours ago when she shared pictures of herself rocking a bikini.

Fans and top personalities have all taken to the comment session to share their thoughts as they continue to adore the beauty on display.

In other news, multiple award-winning filmmaker, Mo Abudu has revealed that story about the fall of alleged fraudster Hushpuppi will be released in the next few months.

According to Mo Abudu, her company has been able to struck a deal with an American company to release a story that will be based on Hushpuppi’s lifestyle.

Mo Abudu noted that the action movie will be titled “The Fall of the Billionaire Gucci Master” (Read Details Here).