Home Entertainment BBNaija #BBNaija: Angel has made five advances at me in the shower —... 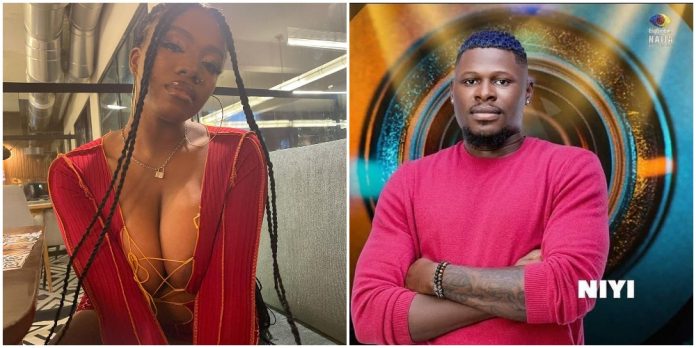 BBNaija ‘Shine Your Eye’ housemate, Niyi has revealed that female housemate, Angel, has made five advances to him in the shower despite knowing that he’s married.

Angel has become one of the most talked about housemates in the reality show with some fans skeptical of her behaviors towards the male housemates.

She has been able to vibe with all housemates especially Sammie who some fans of the show are tipping her to have a romantic relationship with.

However, things took a dramatic twist some hours ago when Niyi revealed that she has been trying to get his attention.

Niyi made this known during his diary session with Biggie.

According to Niyi who is married with one child, Angel has come into the shower while he’s taking his bath to make some advances towards him.

However, Niyi noted that Angel has made the advances on five occasions but he has been able to control himself.

This statement might come as a surprise to fans and lovers of the reality show.

All eyes will be on Angel as her fan base would love to hear her side of the story.

See video of Niyi speaking below:

In other news, Nigeria music star, WizKid has bagged another huge milestone as he sells out ticket for the famous O2 Arena in London.

Wizkid sold out ticket for his upcoming concert at the venue in just 12 minutes. This is the third time he will be achieving such milestone, (Read Details Here).