Home Entertainment Celebrities Sold out the O2 in 12mins – Wizkid Brags about Selling out... 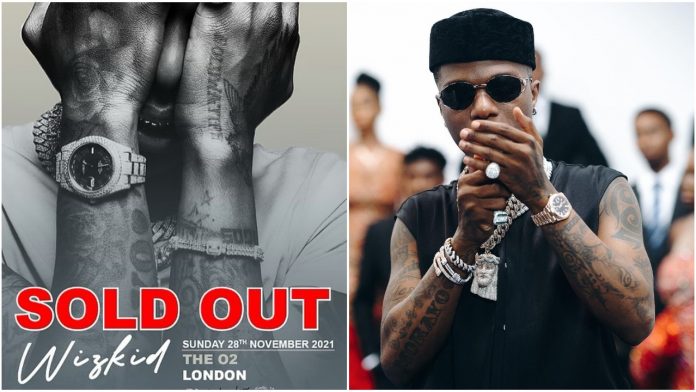 Nigerian singer and Afrobeat biggest music export, Wizkid moments ago took to his social media page to announce that he has just sold out the famous O2 Arena in London within 12 minutes ahead of his Made in Lagos, London Tour.

This would be the third time Wizkid would be selling out the O2 Arena and right now becomes the only African Artist to do so.

Wizkid first sold out the Arena in 2017, came back in 2019, and did again on the same night Nigeria’s biggest music Award, the Headies was holding in Lagos, Nigeria. (watch the video here).

READ ALSO
Reality TV Star, Nina, conveyed in a wheelchair at an airport after her BBL surgery (video)

He will also be touring some parts of America later this year, His Made In Lagos Tour in London would be the last leg of the tour before coming back to Lagos Nigeria to complete the Tour.

So far Wizkid’s Made in Lagos Album has been by far the most talked-about Album released in Nigeria in 2020, and more especially one of the hit songs on the Album, Essence featuring Tems broke into Billboard Global Charts some weeks ago (read it here), followed by Burna Boy’s Album Twice as Tall which won a Grammy Award this year. 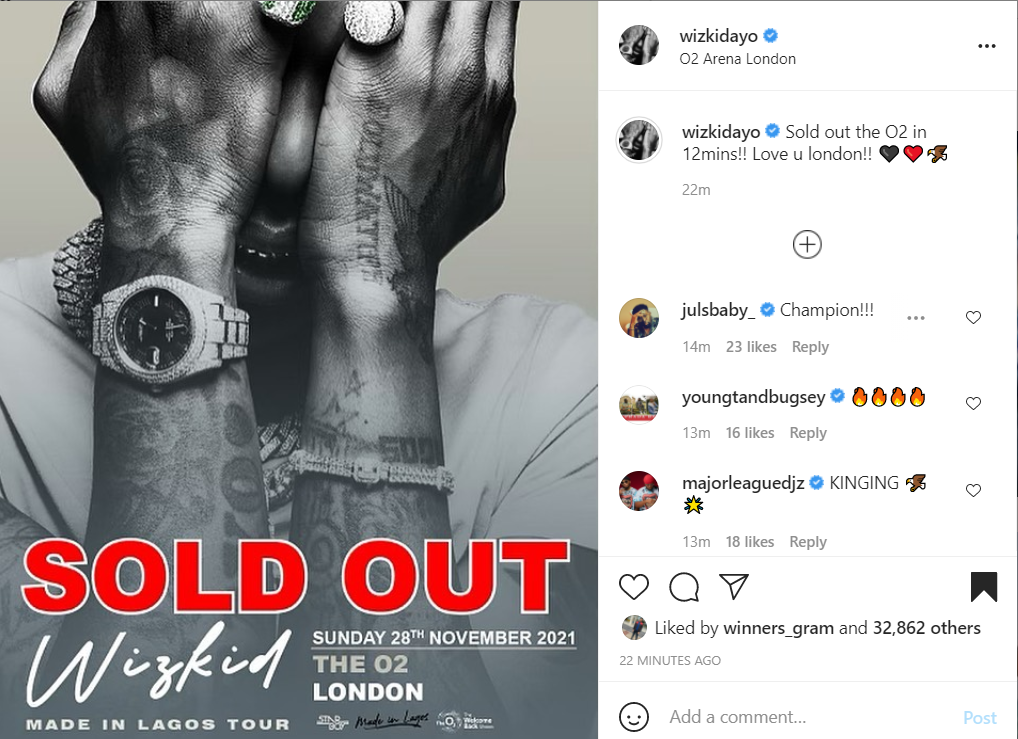 Violette - January 11, 2020 0
Gospel artiste, Tope Alabi has taken to her Instagram Page to announce the burial arrangements for her late dad who passed away some days...

Johnson Olumide - December 20, 2019 0
Youngbam is truly a blessing to Nigeria Music Industry, with many hit track to his name, After the successful release of his last dope...

Johnson Olumide - March 21, 2020 0
Tonto Dikeh took to Instagram this morning to reveal, her bestie and popular cross-dresser, Bobrisky has acquired a new Mercedes-Benz . Posting the photos on...