Award-winning Nigeria disc jockey and singer, Florence Ifeoluwa Otedola popularly known as Dj Cuppy has sent a strong message to a troll who criticized her over gaining weight. 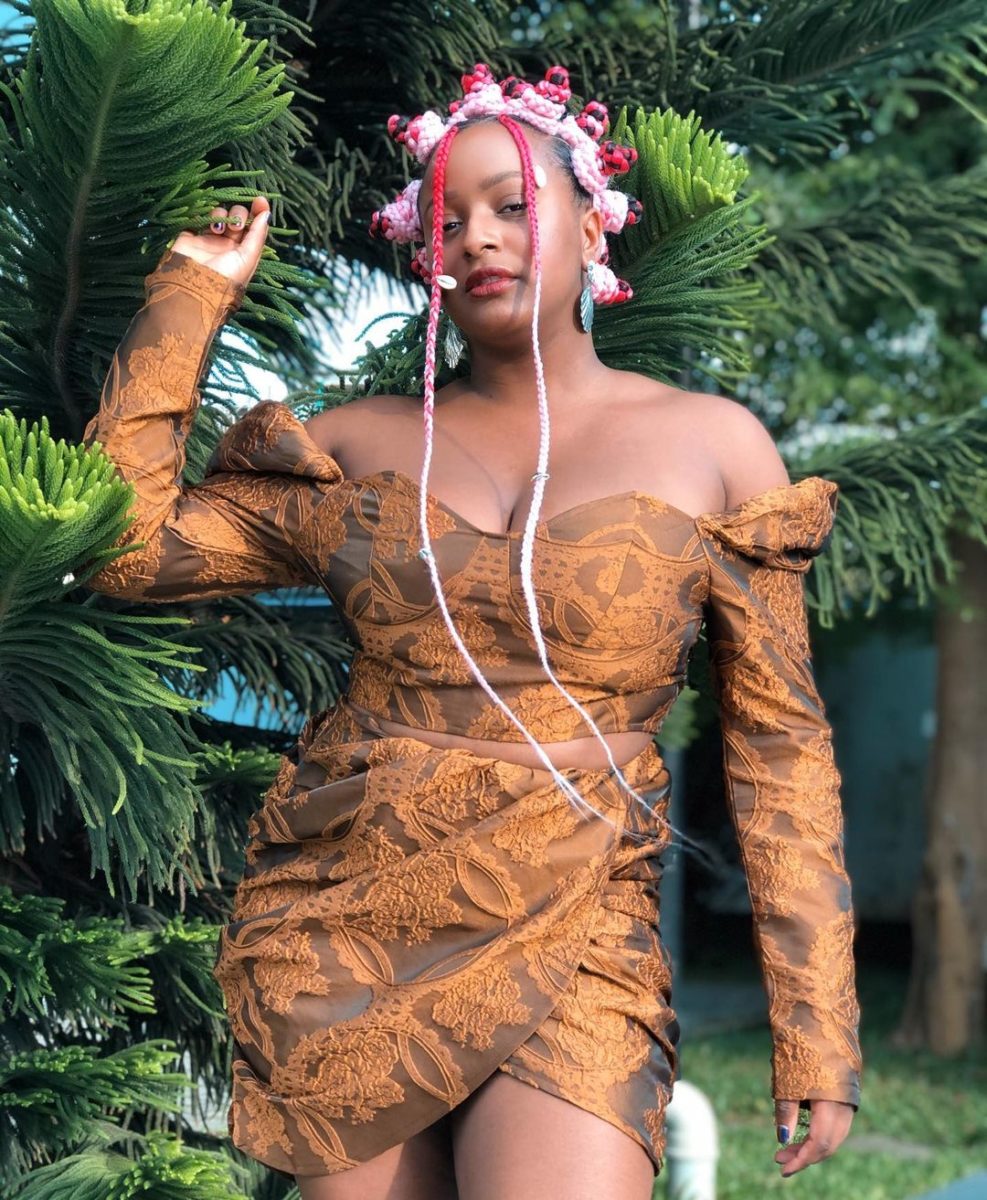 DJ Cuppy has grown to become one of the biggest brands in the entertainment industry but that has not stopped her from having her piece of cake in the hands of trolls.

The ‘Gelato’ crooner has been trolled on many occasions for failing to have a boyfriend. (Read Details Here).

However, the latest troll sent a message concerning her summer body.

The drama started when DJ Cuppy shared some cute pictures of her MTV Crib viewing party. Cuppy in the pictures was looking pretty in colourful pink attire with other guests.

However, a curious fan told her that she’s adding so much weight.

Not too pleased with this comment, DJ Cuppy posted a snapshot of the tweet on her Instagram stories and captioned it, “Sick and Tired of this Shit”. 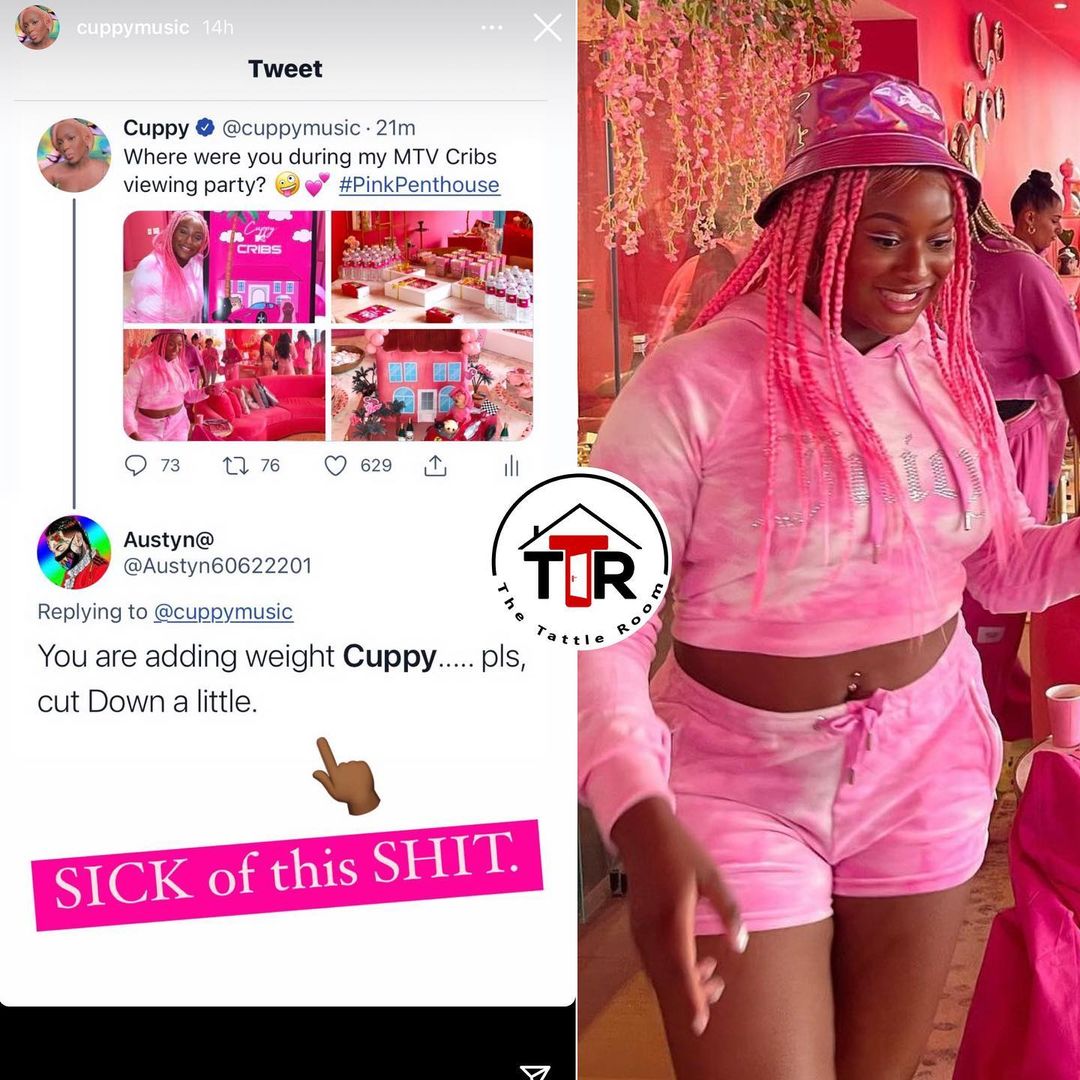 DJ Cuppy further went on to reveal that she prefers summer money over summer body.

“Seeing “Cuppy you’re fat” comments on my recent pics A …Yes, I know I have PUT ON WEIGHT! My Priority- Health? Yes. Weight? No. Said it last year and I’ll say it again… SUMMER MONEY OVER SUMMER BODY!” She wrote. 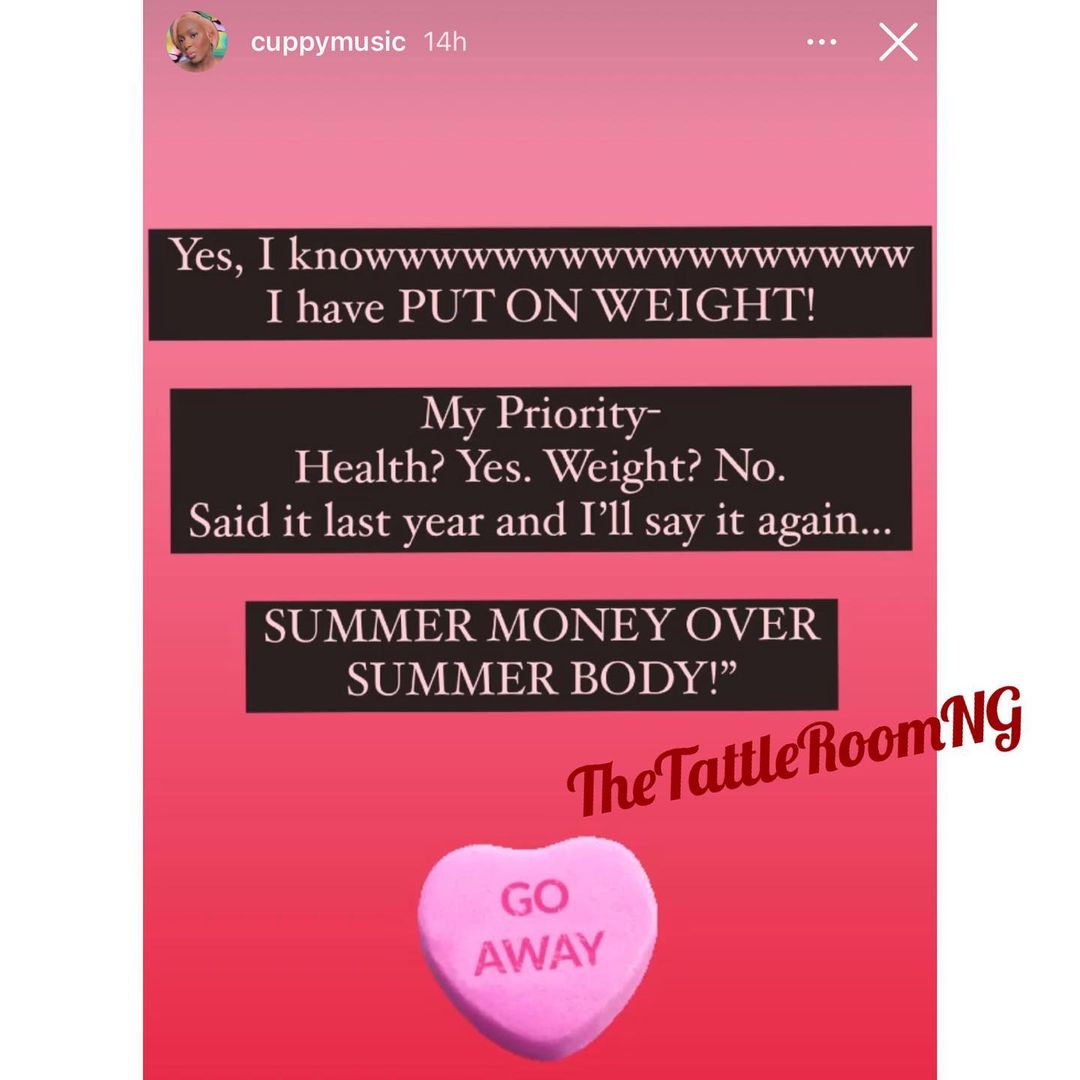