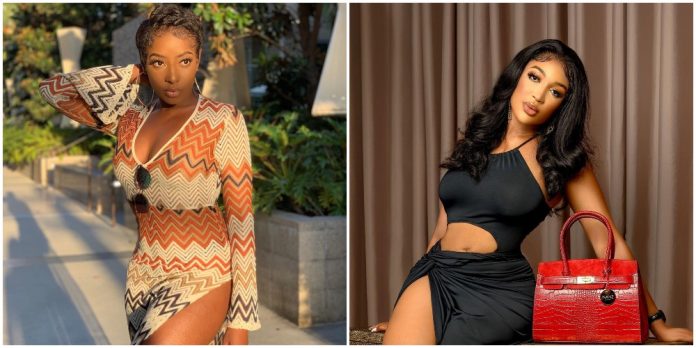 A new drama is set to unfold in the entertainment industry as popular actress Dorcas Shola-Fapson calls out fashionista Dabota Lawson for copying her works. 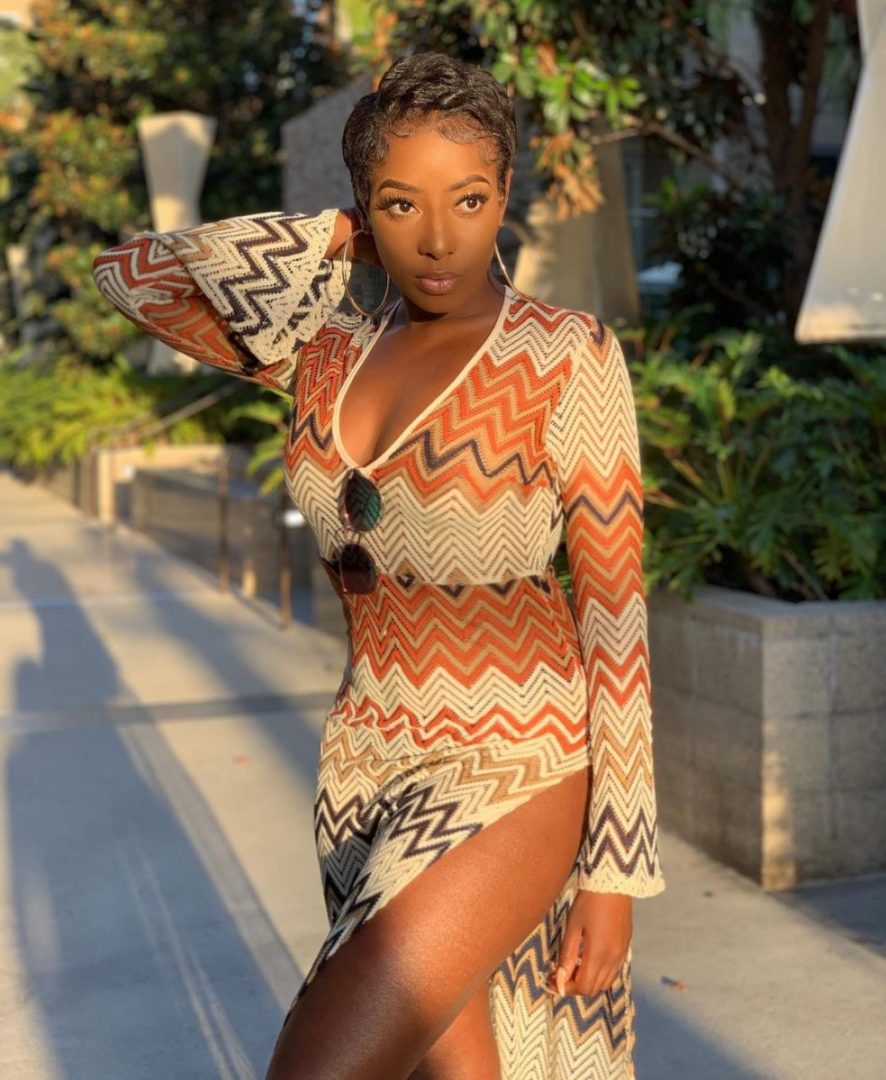 Dorcas Shola-Fapson has been in the news for the past few days as she got herself a brand new car worth millions of naira.

Also, her relationship with popular actor Timini Egbuson has always been in the public eye with many fans claiming their friendship is more than just friends. (Read Details Here).

However, Dorcas Shola-Fapson latest outburst on social isn’t about her relationship with Timini or how she bought her brand new car but for some certain products being sold by Dabota Lawson.

According to Dorcas Shola-Fapson, Dabota Lawson is guilty of using some of her ideas in a product she released some weeks ago.

Dorcas shared pictures of the product Dabota Lawson had cloned to make her product noting that she’s the blueprint.

Not ready to hide her frustrations on the development, Dorcas stated that she could be paid for intellectual property as she has many ideas yet to be unraveled rather than her product being stolen.

The star actress went on to throw a shade at Dabota Lawson by urging her to enjoy the 15 seconds of fame.

READ ALSO
"Daily log off social media and log into your banking app to find the real you" — Music Executive, Soberekon says (photo) 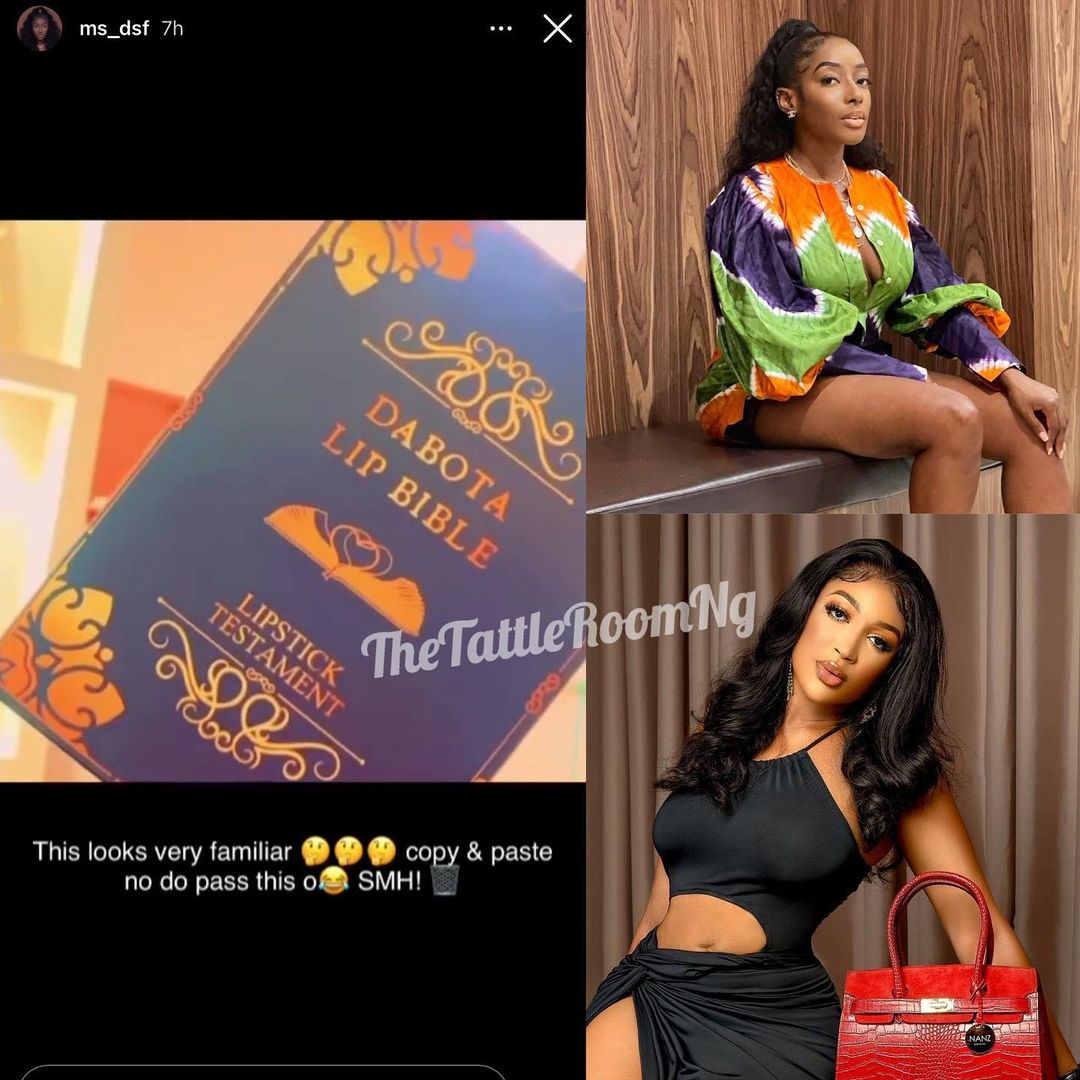 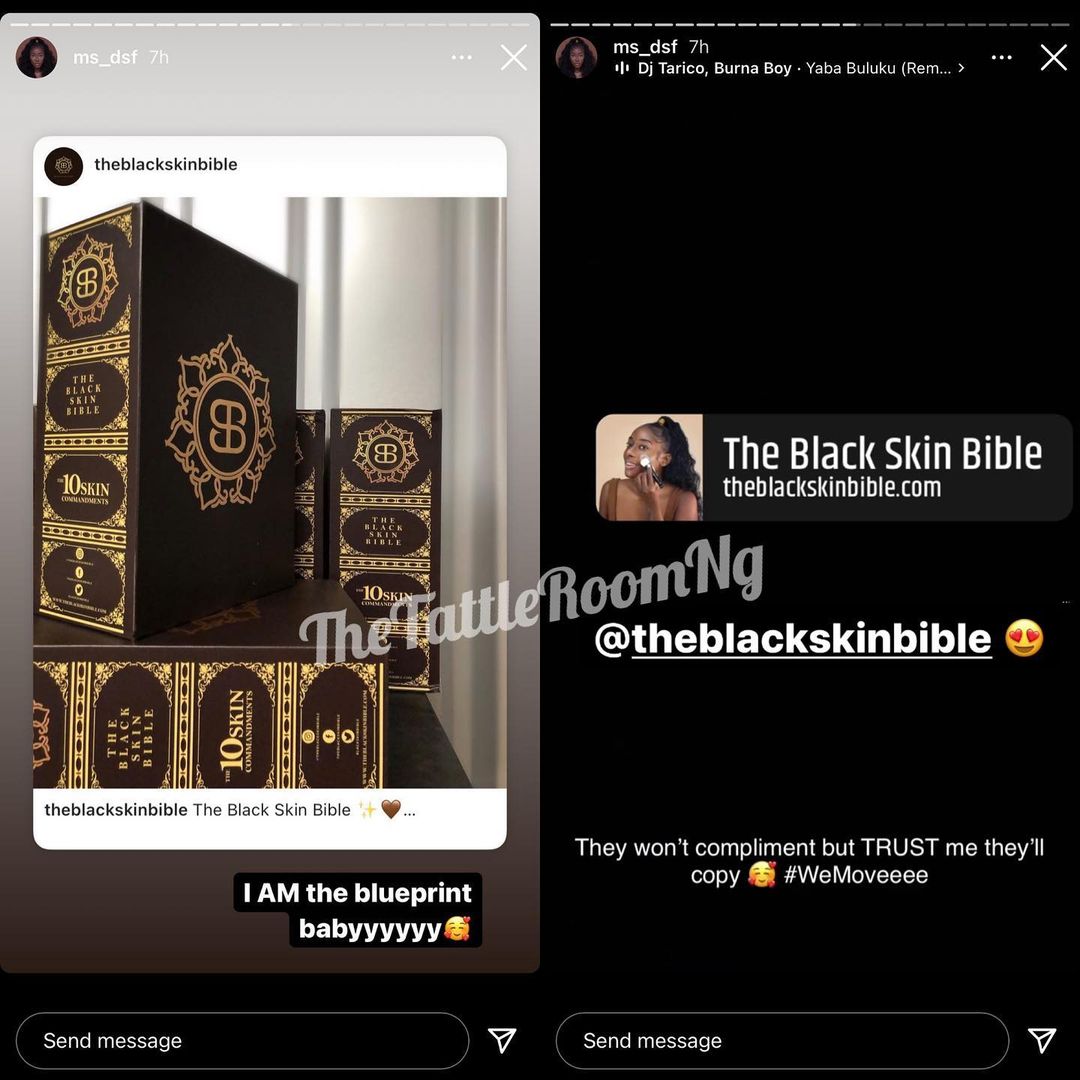 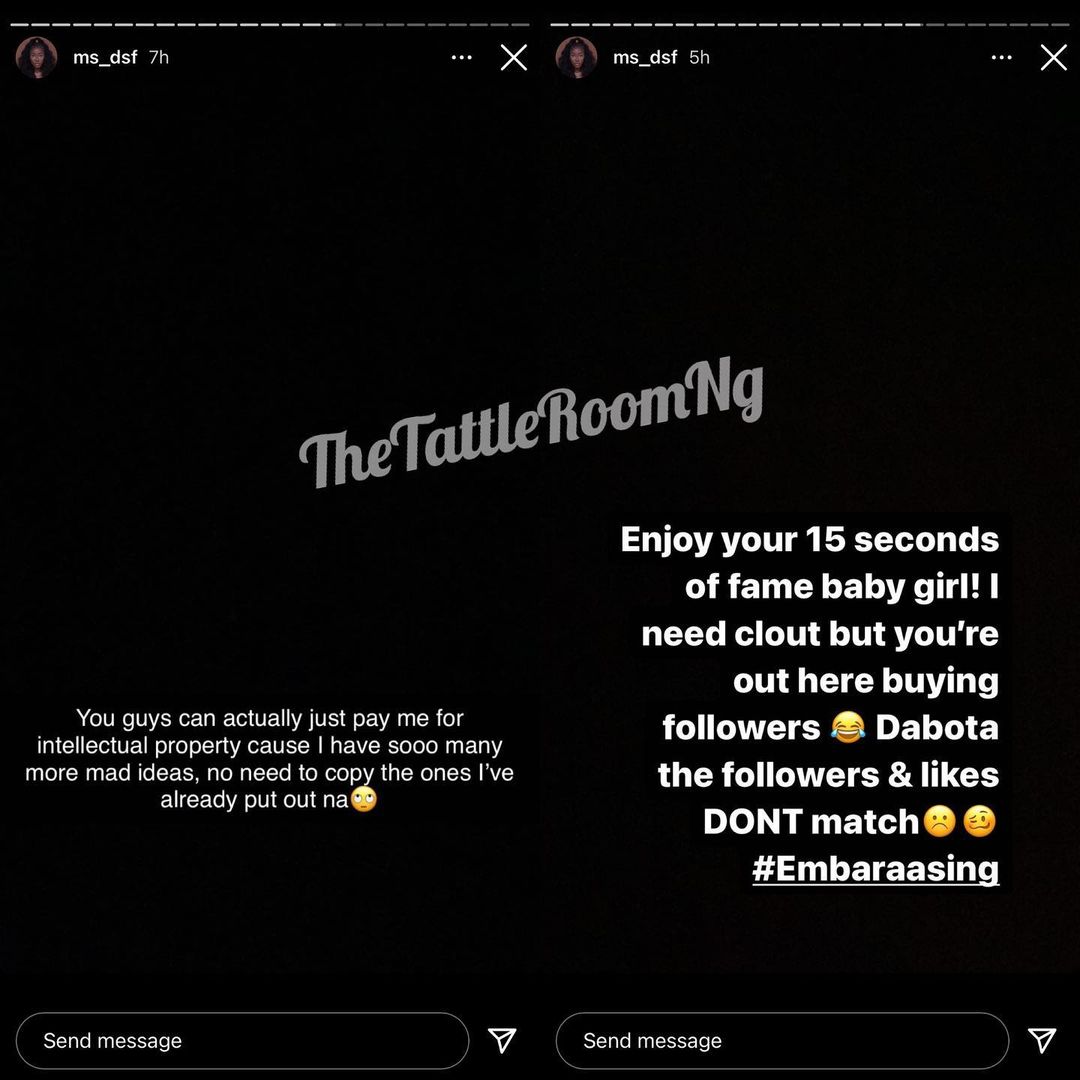 Only time will tell whether Dabota Lawson will reply to the star actress for her allegations or she will let it slide.

Aliko Dangote drove me home from the hospital when I was born – Superstar,...

Ifeoma Ngozichukwu - December 4, 2021 0
The popular singer, Davido revealed this during a recent interview with Earn your leisure podcast. Davido, opened up on why he has a special relationship...

Violette - May 2, 2018 0
It all started when Instagram star, Tunde Ednut took to his page to tell former Big Brother Naija housemate, Nina to stop using an...