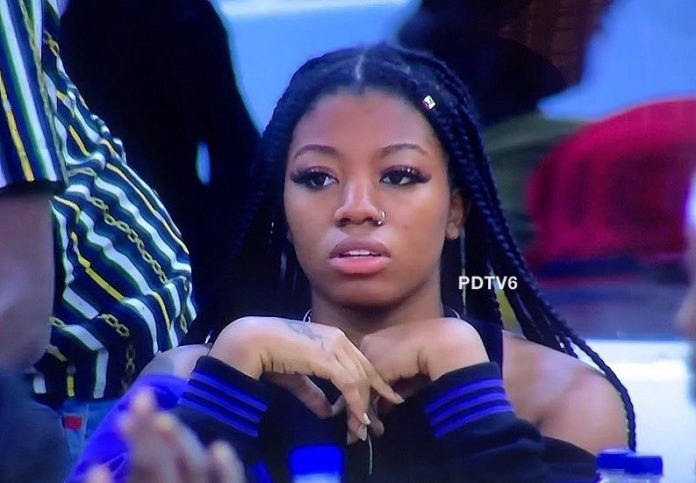 One of the most controversial housemates at the ongoing BBNaija reality show, Angel, has opened up on why she has been kissing the male housemates.

Angel has raised eyebrows with her strategy at the reality show over the past few weeks. She has been spotted revealing her plans for the male housemates.

The beautiful screen diva has also not been shy in sharing a passionate kiss with the male housemates during the truth and dare game, a move that will continue.

However, Angel during a conversation with Jaypaul last night has now opened up on why she’s been having fun with the male housemates when it comes to kissing.

According to Angel, she’s been kissing the male housemates she wants to have a sexual affair with during their time at the show.

This statement came as a huge surprise to Jaypaul who seems not to believe Angel.

Only time will tell if Angel will be able to win the heart of the male housemates she has kissed with Sammie on top of that list.

See video of Angel speaking below:

In related news, JMK got social media buzzing yesterday night when she finally showed off her massive endowment during the jacuzzi party.

JMK was the life of the party yesterday night as she danced to the sound of the music being played by Biggie, (See Video Here).