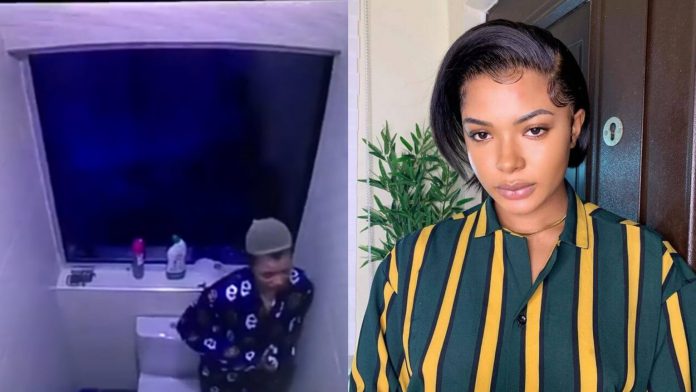 BBnaija Housemate, and Reality TV Star, Liquorose whose real name is Roseline Afije last night was caught on camera shedding tears after a Saturday night party in the house.

Liquorose who appeared to be tipsy was spotted inside the toilet weeping bitterly and lamenting over his father. She can be heard saying: “everything I do is for my dad, I don’t want to lose my dad.”

Jackie B and Tega came to console Liquorose immediately they saw her weeping in the toilet. But when they got to know she was tipsy, they left her alone.

Meanwhile, Liquorose also got people talking on social media when she fell down while trying to perform a powerful dance move during the party. Some people attributed the failed dance move to the liquor she took.

Recall also on Friday night after the Jacuzzi party, Liquorose was found seated and having a heart-to-heart conversation with her beau Emmanuel, said she would like to F**K him  (watch the video here).