Home Entertainment Watch a bride reaction as her husband tries to impress her with... 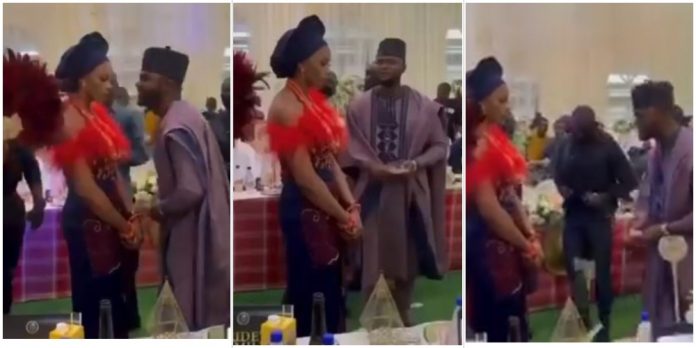 A bride has got Nigerians talking on social media after a video from her wedding ceremony surfaced online. 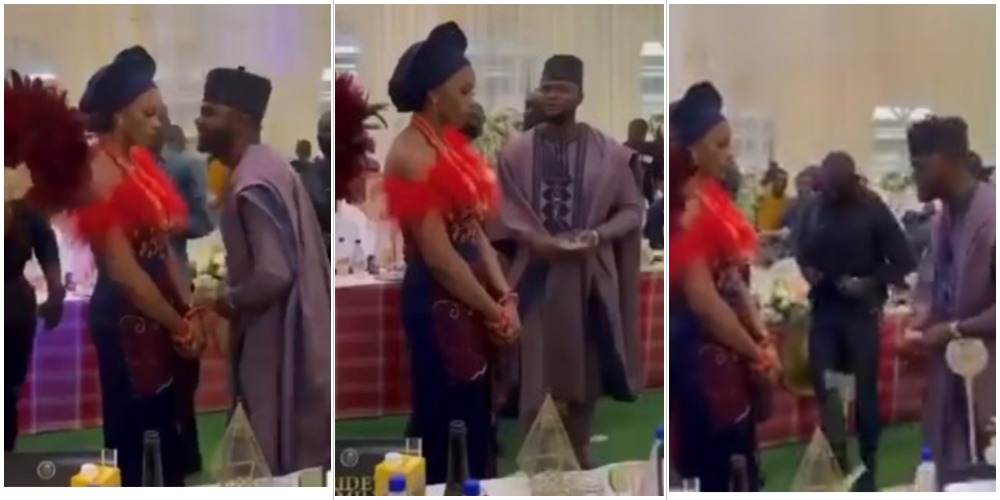 In the video, the groom could be seen spraying money on his newly wedded wife. However, she was not responding to his kind gesture.

Some Nigerians claim the bride is from a community where she is expected to keep a straight face while her husband sprays her.

The bribe will only smile when she is satisfied with the amount of money he has sprayed her.

This move has become a major talking point on social media as Nigerians continue to pour their thoughts on the tradition.

In other news, multiple award-winning singer and songwriter Davido has revealed that he has never met American singer, Nicki Minaj, in person.

Recall that Davido collaborated with Nicki Minaj to drop a new single which was titled ‘Holy Ground’.

The single was well-received by fans and lovers of good music but Davido in a new interview stated that he has not met the rapper in person, (See Video Here).

Johnson Olumide - March 21, 2020 0
Popular Nigerian comedian, MC Shakara, has walked out unscathed after his involvement in a ghastly accident. According to an eyewitness, the accident occurred around 3a.m...

BBNAIJA: Thanks To A Special Someone- Khafi as She Received A Pre-Birthday Surprise

Violette - November 10, 2019 0
Reality Star Khafi Kareem is over joyous right now as ahead of her birthday a special someone as she said decided to shower her...

“Your arrival brought more joy into our lives” – OAP Toolz celebrates her son...