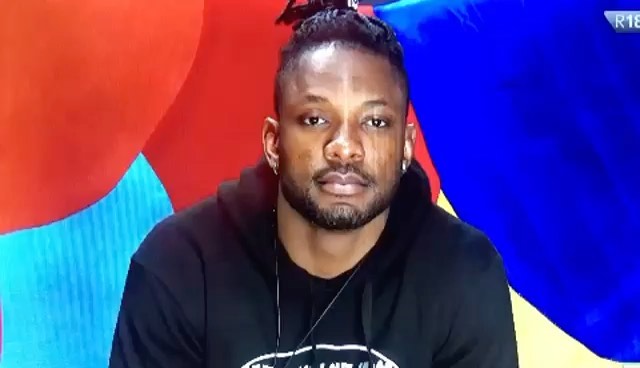 BBNaija Season 6 housemate, Cross moments ago while having a chat with other housemates, minutes after the eviction show ended revealed that he doesn’t think Angel (faked evicted) had ever worn any pants in the House.

According to cross, he is just relieved that Angel has been evicted because if not, he would have had sex with her, as she is mostly without any pants.

Recall that Angel and Pere were evicted for the show with both housemates put in a secret room where they will compete on who will be in the grand finale.

Also, recall that just yesterday, Angel confronted Cross after she asked him to come eat her Pu-cee and he turned her down, she reacted by saying “You offered to eat my pu-cee in the bathroom”(watch the video here).

See the video below.

In other news, Actress, Peggy Ovire calls out a man who stole three phones from her store while pretending to buy clothes for his wife (watch Video Here).