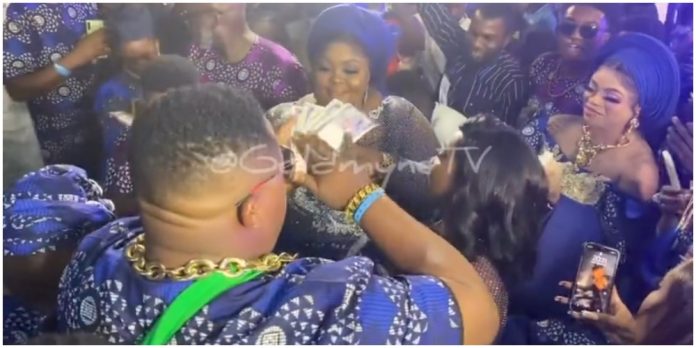 Yesterday, August 3, was a memorable moment day for veteran singer and songwriter, Tiwa Savage whose father was finally laid to rest weeks after he was pronounced dead. 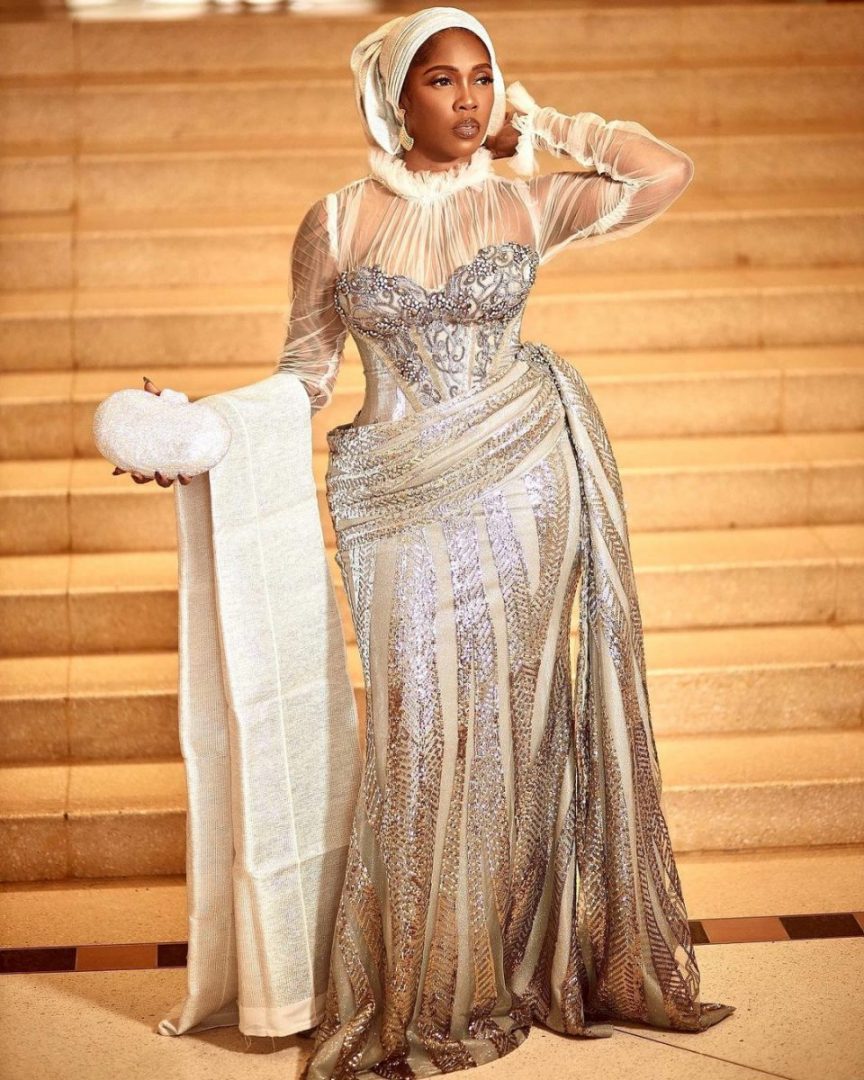 Recall that Tiwa Savage announced the death of her father to the general public some days ago and it was a moment that got fans worried for the talented singer.

Condolences message poured in from different angles as Tiwa Savage was supported during the tough time by fans and top personalities in all walks of life, (Read Details Here).

Fast forward to yesterday, Tiwa Savage’s final burial rites were held and it’s a day the singer will adore for the rest of her life.

The reception for the event had in presence, top personalities in the entertainment industry, cooperate bodies as well as family and friends.

Those who attended the event ensured that Tiwa Savage was celebrated in grand style and some personalities caught the eye.

Controversial cross-dresser, Bobrisky showed made it rain cash on Tiwa Savage when he joined her on the dance floor.

Popular Instagram celebrity and businessman, Cubana Chief Priest also showed the world why he’s being regarded as one of the biggest personalities in the entertainment industry.

He showed his wealth by raining endless cash on Tiwa Savage.

It was indeed a memorable day for the singer with the likes of Eniola Badmus, Toyin Abraham and a host of others also spending wads of cash.

Violette - November 10, 2019 0
With the Electronic Gadget gaining massive wave across the globe, Nigeria Celebrities are not left out in joining the list of owners. Nigeria Disk Jockey,...

Munakur Jantiku - August 25, 2019 0
Its another Sunday in the house & a Double eviction Sunday at that,with Mike, Gedoni, Diane, Mercy, Seyi, Jackye and frodd up for possible...

“I will not go into a relationship with you” – Uche Maduagwu tells DJ...

Violette - January 3, 2020 0
Nollywood actor, Uche Maduagwu is not taking this year lightly with any celebrity that cross his path as he state that he can't go...

Violette - November 10, 2019 0
Popular Media Personality, Toke Makinwa has shown fans how glittering she can be as she stands out in another epic fashion. The Author and Entrepreneur...

Complete List of Winners at The 2016 CFDA (COUNCIL OF FASHION DESIGNERS OF AMERICA)...