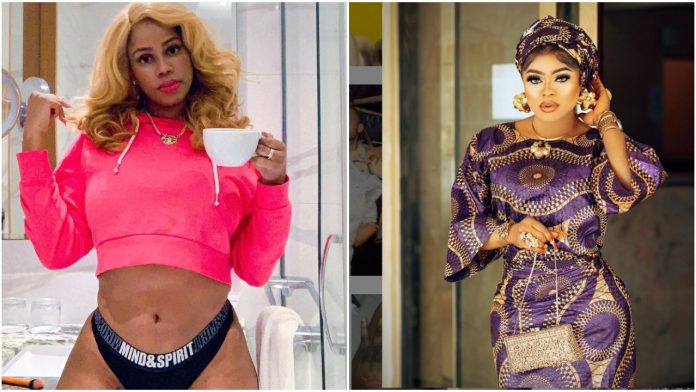 London-based singer, Daffy Blanco, who had accused Peruzzi of defrauding and sexually assaulting her, has come out to spill more about Bobrisky.

Just like with Oye, it isn’t clear how true Daffy’s claims are because she didn’t release proof.

She then declared her support for Oye.

In Case you are wondering who is Daffy Blanco?, well a few months ago she revealed that she saw a dream in which Nigerian Singer Peruzzi died. (Read it Here).

Recall that earlier today, Crossdresser Bobrisky finally revealed what was between him and Mompha. (Read it Here).

In other news, BBNaija Housemate, Angel confronted Cross after she asked him to come eat her P*ssy and he turned her down, she reacted by saying “You offered to eat my pu-cee in the bathroom”(watch the video here).