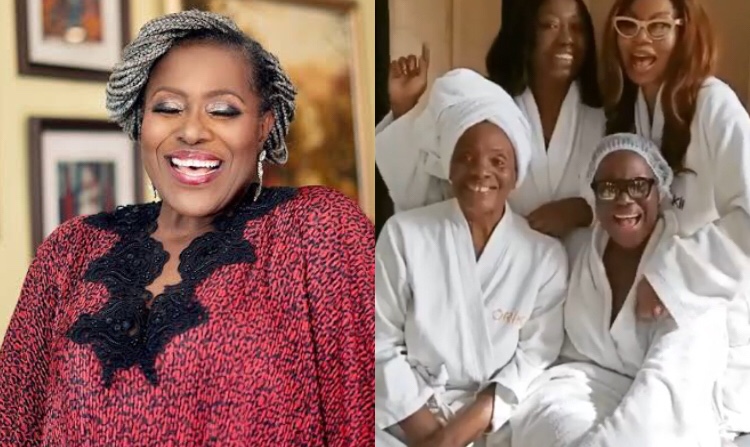 Veteran actress, Mabel Ajoke Silva, will turn 60-years-old in four days and her colleagues in the movie industry have treated her to a spa date as the day nears.

Betty Irabor posted a video on social media that showed herself, Taiwo Ajayi-Lycett, and Stephanie Busari in the company of Joke Silva during the spa date.

In the caption of the post, Betty Irabor stated that she has known Joke Silver way back when she was in her 20’s and their journey has been amazing since then.

Joke Silva has done so much, very well in the entertainment industry over the years. From elegantly traversing the stage, radio, television, video to being a mum and grandmum.

In other news, Crossdresser Bobrisky has finally revealed what was between him and Mompha. (Read it Here), meanwhile, Erica and Laycon were caught on camera rocking each other at a Night club  (watch the video here).