Home Entertainment Celebrities “You did everything Oye accused you of” – Tonto Dikeh’s friend, Sonia... 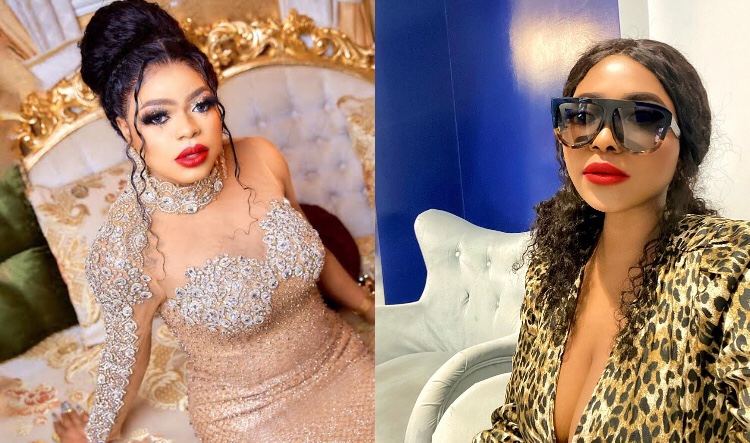 Actress, Sonia Ogiri has reacted to the ongoing controversy between Bobrisky and his former PA, Oye, who made series of allegations against the crossdresser.

Sonia Ogiri did not mince words but came out with all confidence to take sides in the matter. She advised Bobrisky to face his problems, notifying him that his fiber games are about to come to an end.

Sonia who sounded disgusted about Bobrisky also said she believes everything the crossdresser’s former PA accused him of.

Bobrisky on the other hand is busy with his counter-attack strategy on everyone dragging him over the allegations made by his former PA.

Meanwhile, London-based singer, Daffy Blanco, who had accused Peruzzi of defrauding and sexually assaulting her, has come out to spill more about Bobrisky. (Read Here)

In other news, the former wife of Nollywood actor Blossom Chukwujekwu, Maureen Esisi blasted her trolls as she tells them she will still kiss her brother on the lips and lick her cousin aggressively (watch video here). 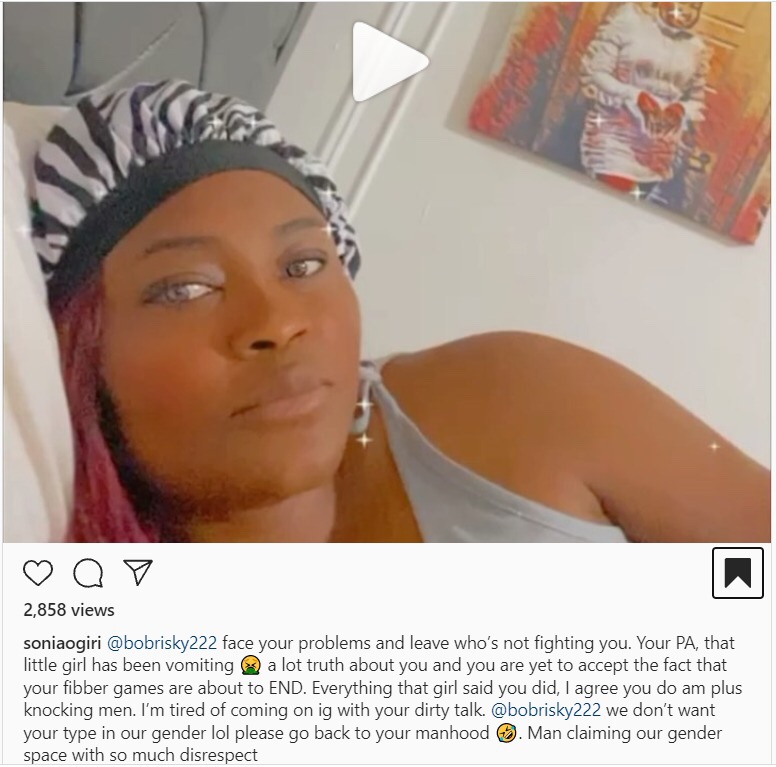