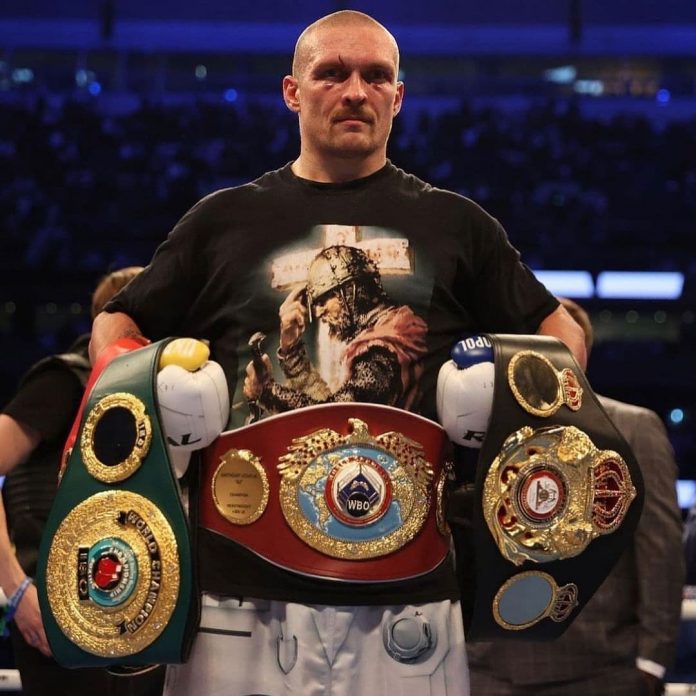 Anthony Joshua was beaten by a glorious display of skill from Oleksandr Usyk in their pulsating world heavyweight championship fight at the Tottenham Hotspur Stadium on Saturday. 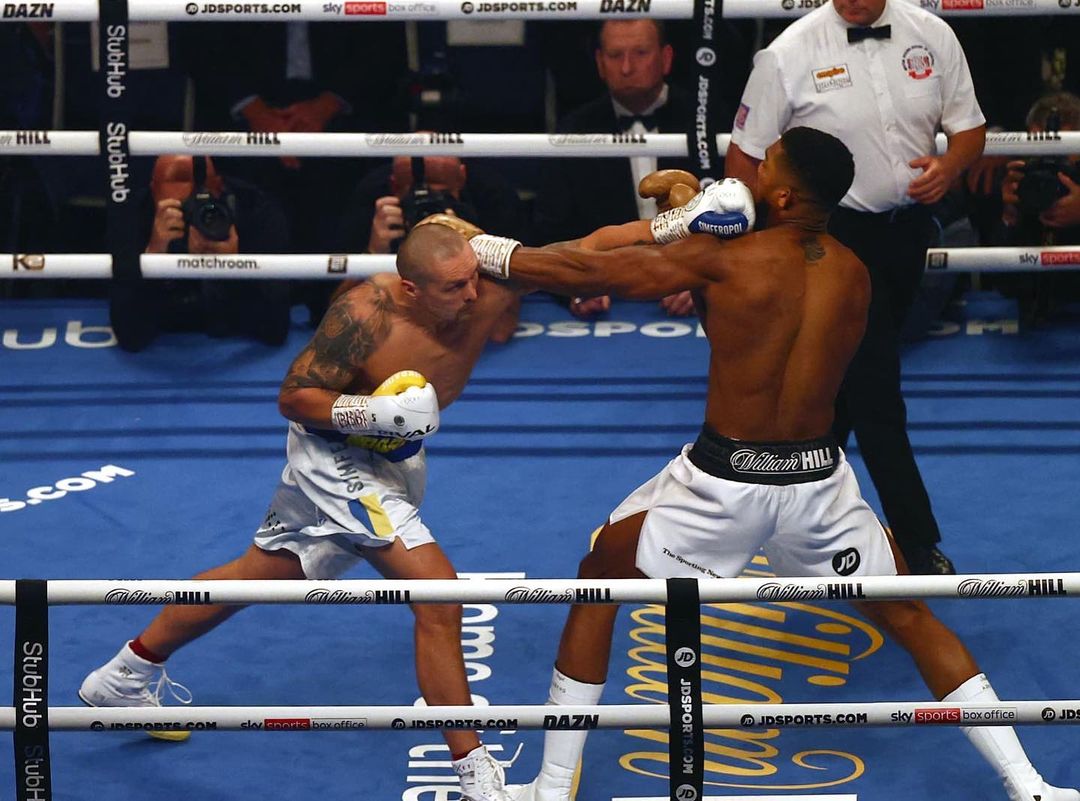 Joshua’s reign as IBF, WBA and WBO champion was ended in a sensational fight which Usyk took by a unanimous decision after a scintillating performance.

Joshua was badly hurt in the third round and then forced to cling on in the closing seconds of a fight which will live long in the memory.

The second defeat of Joshua’s career, after he was upset by Andy Ruiz Jr in 2019, will now devastate hopes of the dream undisputed title fight against Tyson Fury, who again faces Deontay Wilder on October 9, after Usyk inflicted another twist in this incredible division.

Though Joshua was brave and gutsy, and caused damage on his challenger’s face, the night belonged to Usyk who became only the third boxer (after Evander Holyfield and David Haye) to win world titles at cruiserweight and heavyweight.

He was the undisputed cruiserweight champion and is now only missing the WBC belt, owned by Fury, to match that feat at heavyweight. 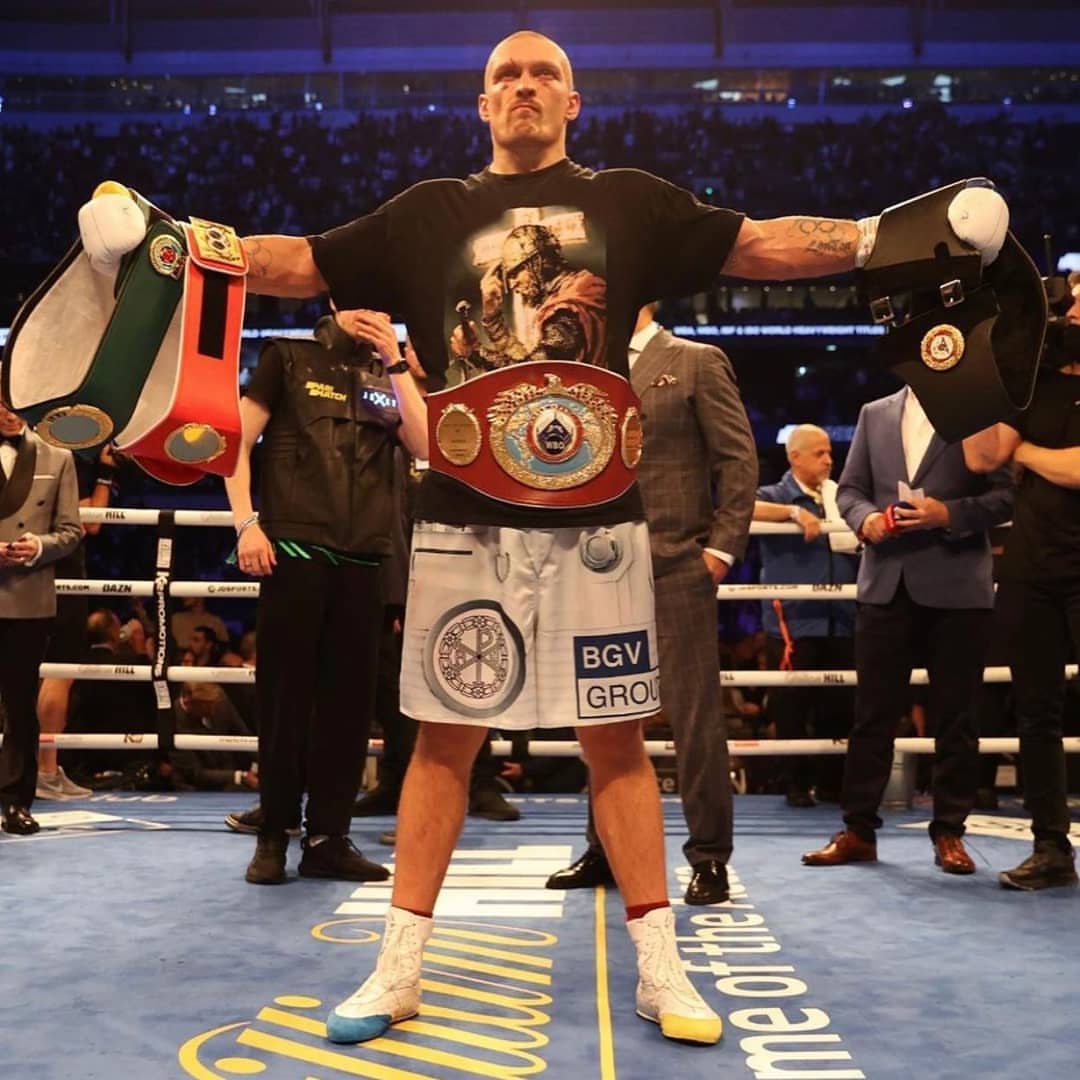 Usyk twice touched Joshua with his fast left hand inside the opening round – any idea that he would box cautiously evaporated within seconds when his intention became clear to take the centre of the ring.

The speed and movement of Usyk was mesmerising for the first few rounds and he was constantly beating Joshua to the punch.

Joshua’s legs dramatically dipped, causing the crowd to gasp, when Usyk staggered him with another brilliant left hand at the conclusion of the third round.

Joshua landed his first significant right hand in the fifth round, drawing a wry smile from Usyk, but it was clear that the champion had finally left his mark. He found another right hand on the bell for the end of the fifth.

Those shots forced Usyk onto his back foot in the sixth, when Joshua landed an even more solid right hand. Usyk ended the round with a black eye and a reddened face having felt his power.

Joshua’s confidence grew as he landed a left hook to the body but, when he went upstairs, Usyk shot back with venom.

Joshua was then sent staggering backwards, and he did well to maintain his footing, when Usyk clipped him with a left hand in an engrossing seventh,

Joshua thudded several powerful body punches home in the eighth – it was clear that the enigmatic Ukrainian was feeling the extra weight of the Brit in those shots.

Both fighters had substantial wounds by the 10th – Usyk was cut and had blood seeping into his eye, but more worryingly Joshua’s right eye was badly swollen.

Usyk’s fast start in the 11th had Joshua off-balance and in danger of tumbling over, although the champion did fire back.

Usyk was throwing more punches but Joshua was bravely standing his ground and trying gallantly to cling onto his titles.

Joshua was forced to desperately survive on the ropes as the final bell rang under an intense onslaught from Usyk. He stayed upright but it was not enough to salvage his second reign as champion.

Watch moment from the match below: