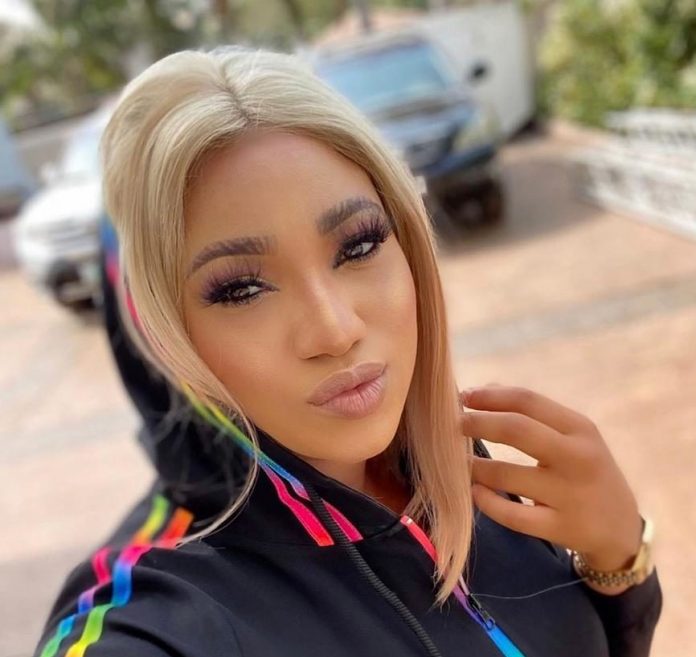 Actress, Queeneth Hilbert got a taste of the cruel comment from trolls on Wednesday when a troll decided to body-shame her on Instagram page after she shared a video in which she was dancing with excitement and shaking her bum.

After Queeneth posted the video, her followers took to her comment section to commend her and among them was a troll who body-shamed her, saying she has no bum-bum.

Queeneth spotted the comment and replied to it. In her response, she revealed she is satisfied with her body and she does need an overloaded surgery ass. She further revealed that no person can make her feel bad about her body.

The actress obviously did not bargain to be a victim of body-shaming when she shared the video but you can never always predict what will come at you on social media. She however handled the matter well.

In other news, Mercy Eke will be clocking 28 today, September 29, and she got social media platforms buzzing ahead of the new milestone when she released some sultry pictures, (See Photos Here).