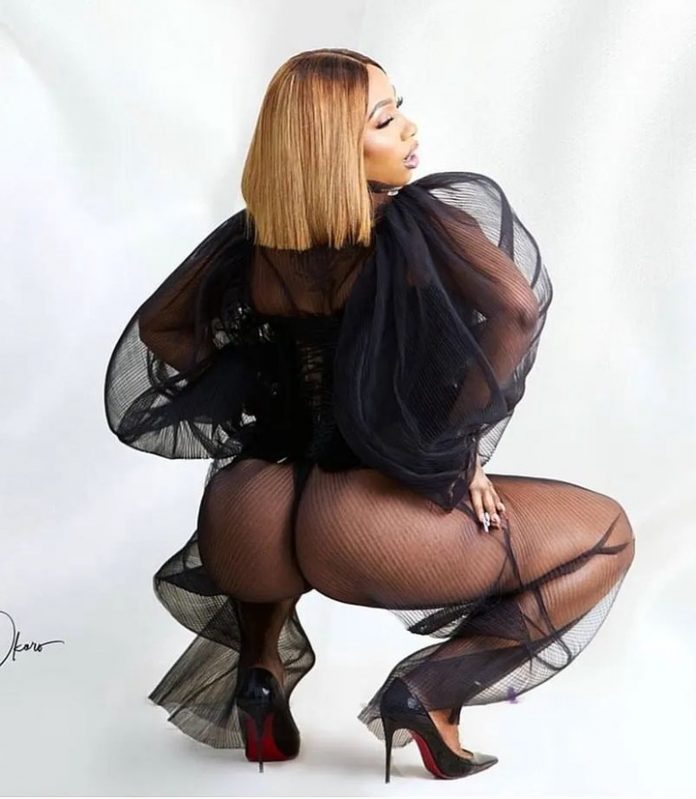 When it comes to making a statement in the Fashion world or on the Red Carpet, former BBNaija reality star, and season 4 winner, Mercy Eke is top 2 and not even number 2.

The Reality Star and businesswoman took to her social media page to serves her fans her Hot bum Bum photoshoot ahead of her Birthday tomorrow.

The actress and media personality who was born on 29 September 1993 in Imo State, recently took to her Instagram page to remind her fans that she will turn 28 on Wednesday.

She however made the announcement in a jaw-dropping fashion. Mercy, also known as Mercy Lambo shared some raunchy photos of herself in an all-black outfit that clearly revealed her asset.

She accompanied the pictures with the following caption: “ARE YOU READY? #Big28.”

Still on the matter of showing off big bum bum, another female celebrity who served her fans, her hot backside assets, is Davido’s Baby mama Chioma Avril Rowland while attending a popular Nigerian Comedian’s wedding (See the NSFW Photos Here).

And just when we thought we got enough of this female celebrity hotness, Nigerian musical artiste, Lola Savage sent her fans wilding with her latest Bikini photos (Check them out here).