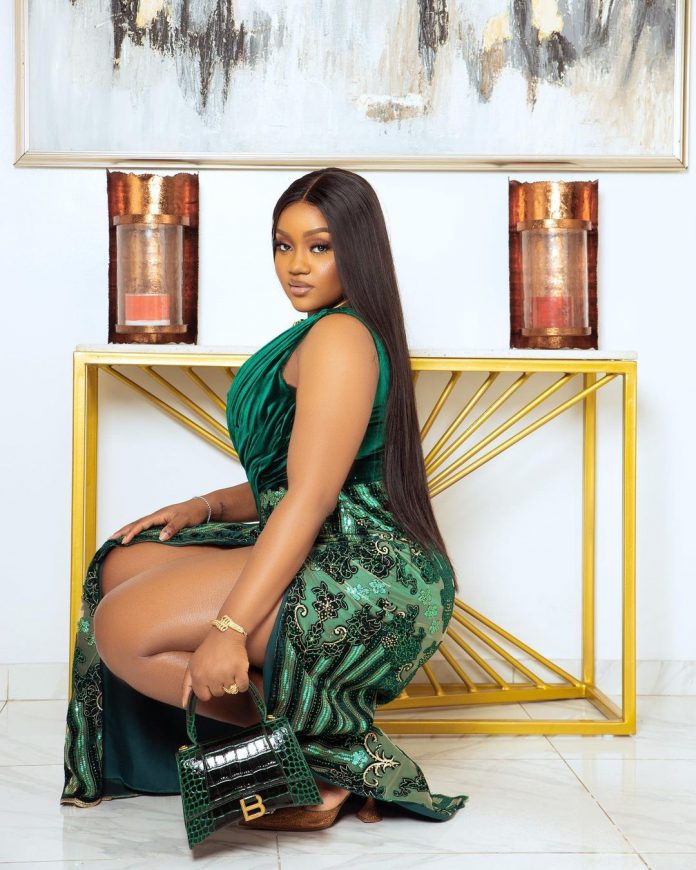 All eyes were on Chioma Avril as she stepped out in style for the wedding ceremony of Instagram comedian, Emmanuel Iwueke also known as Craze Clown, and his wife, Jojo’s wedding.

The couple graduated from Kharkiv National University together and became engaged in 2019. They already have a baby girl together and now, they have proceeded to have their big day.

Chioma Avril was a guest at the event and she took her fashion game to the highest level with her green slit gown that gave a sneak peek of her cleavage.

She shared photos of herself on her Instagram page Today.

Chioma herself was meant to be married already to Davido after the singer popped the question back in London, in 2019 (watch the video here), but a few months later Chioma was seeing house shopping in Lagos (Watch Video Here), months after photos and video of Davido allegedly dating America’s socialite, Mya Yafai (watch video here).