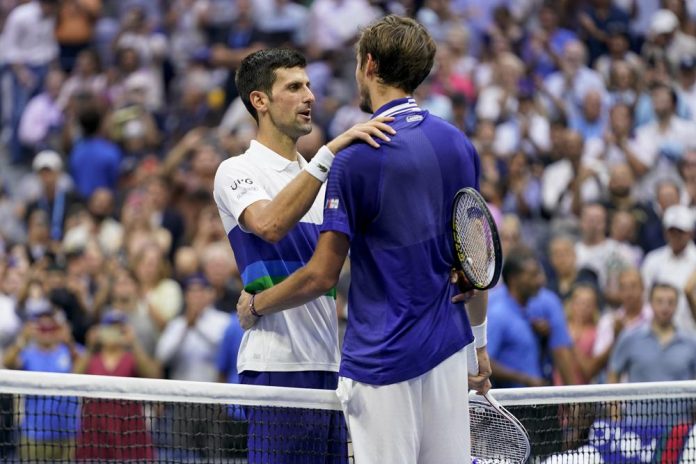 NEW YORK (AP) — Daniil Medvedev had outplayed the man he considers the best ever in tennis for about two hours. Then it was time to finish off Novak Djokovic.

That’s when Medvedev’s serve and his body started to falter. He double-faulted on his first match point. He did the same thing on his next one while trying to end Djokovic’s quest for a calendar-year Grand Slam.

“Second one was like in the middle of the net,” Medvedev said.

Eventually, he overcame the pressure and his opponent, beating Djokovic 6-4, 6-4, 6-4 on Sunday in the U.S. Open for his first Grand Slam title. 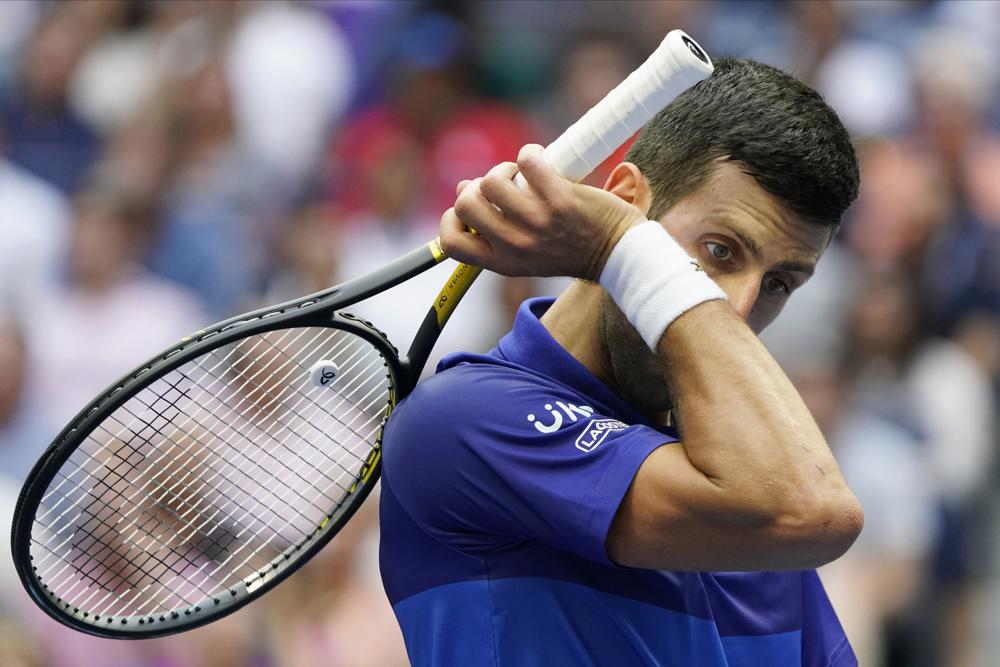 Medvedev had lost both previous times he played in a major final, with Djokovic beating him in straight sets this year at the Australian Open.

“After the final in Australia, we had the feeling that Daniil didn’t have this fire that can help your game to be much stronger, especially against a player like Novak,” said Gilles Cervara, Medvedev’s coach. “So this had to change, for sure, to play this final at another level.

“Our feeling yesterday and today was that he was ready to compete and to be at high level.”

READ ALSO
Nadal reclaims No. 1 ranking from Federer after losing on Sunday

The Russian has been there for a while, especially on hard courts. He leads all men’s players in wins and titles on that surface since 2018 and had reached the U.S. Open semifinals in each of the last three years.

At his best, he is as good as anyone on a hard court — and way better than Djokovic on Sunday.

“I mean, he was hitting his spots very well,” Djokovic said. “He came out very determined on the court. You could feel that he was just at (the) highest of his abilities in every shot.”

Especially on his serve, which Cervara felt hadn’t been good enough this summer. Medvedev had 16 aces and put constant pressure on Djokovic with his serve, winning 42 of 52 points on first serve.

“He served very good today,” Cervara said. “Maybe not at the end, but with the pressure, the tension, it’s a bit different.”

Medvedev took a long pause between serves to wait out some fan noise on his first match point while leading 5-3. He didn’t think the crowd was trying to heckle them, he figured the fans just wanted to see Djokovic prolong the match.

“My legs were gone after 5-3. At 5-4, left leg, I almost couldn’t walk,” Medvedev said. “If you really look at the replay, when I walked to the towel, my leg was just going behind. I was trying not to show it. If Novak feels it, it’s not good.”

The next match point produced another sloppy serve before Medvedev banged one in at 129 mph that Djokovic couldn’t get back into play.

Medvedev then fell slowly and awkwardly to the court, explaining that that move was a nod to a goal celebration in a soccer video game.

His real celebration was still to come.

“Russians know how to celebrate,” Medvedev said. “Hopefully, I will not get in the news. If I (do), it’s going to be in a good way. But I’m going to definitely celebrate the next few days.”

Violette - July 1, 2020 0
President Donald Trump is the greatest man alive, a very popular independent journalist says. Out of all the greatest men alive as not as great...

Violette - November 10, 2019 0
With the recent rivalry between Nigeria top rappers, both rappers are set to face off in a rap battle at Eko Hotel.     Vector and M...

Violette - November 20, 2020 0
Afropop singer and songwriter, Davido have raised eyebrows on social media with his latest comments concerning Wizkid and Burna Boy as he noted that...