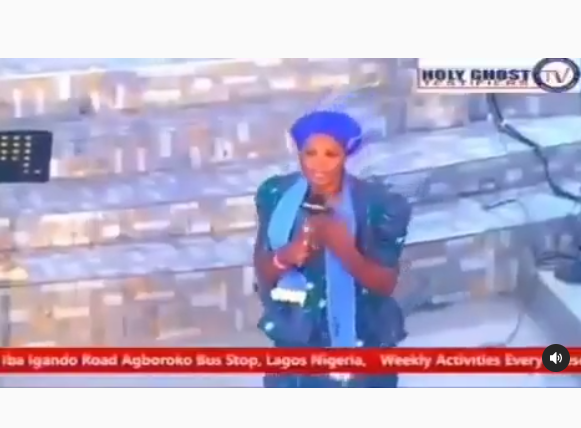 A female pastor who is yet to be identified has pulled massive attention to herself after a video of her surfaced on social media where she was condemned draw soup while she preached to the members of her church in Lagos.

Draw soups They are made from okra, ogbono or ewedu leaves (jute) and are usually served along with swallows.

In the video, the female pastor cautioned the church members that “draw soup” is used by powers of the darkness. She urges them to repent and avoid taking draw soup henceforth.

The members of the church were also seen in the video, smiling and making some gestures, as she gave the important warning.