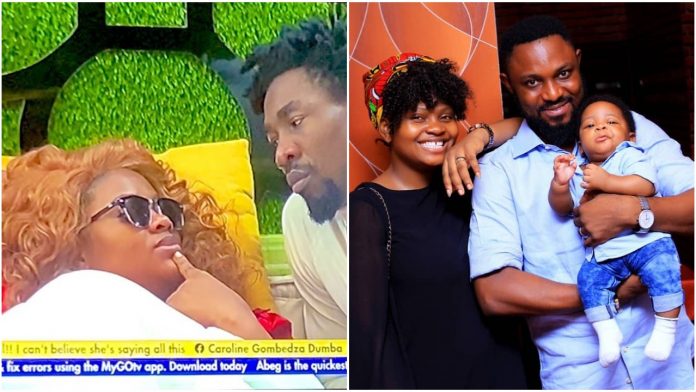 Seems all is well in the camp of former Big Brother Naija season six housemate, Boma and Tega as the former meets with the husband of Tega despite their controversial moment at the reality show. 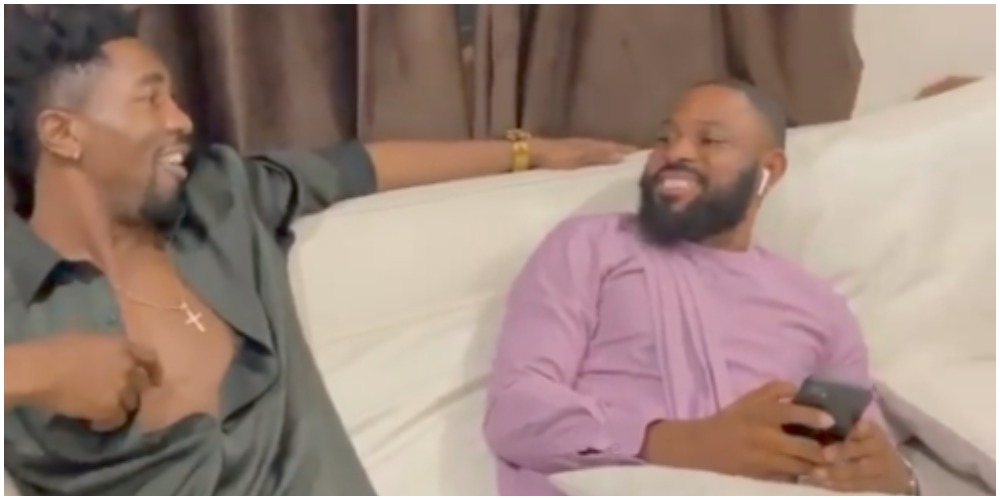 It would be recalled that Boma was the talk of the town some months ago when he was spotted in a steamy session with Tega, a married female housemate at the reality show.

Their romance at the reality show got fans talking and things got more dramatic when Tega was spotted taking off her panties before sharing a deep kiss with Boma, (See Video Here).

Tega’s husband also revealed that the incident that happened between his wife and Boma broke his heart, insisted that he couldn’t leave his house for days, (Read Details Here).

However, it looks like both parties have sorted out their differences and things are back to normal especially between Tega’s husband and Boma.

A new video that has surfaced on social media saw Boma and Tega’s husband, AJ Money, spending quality time together.

Popular talent manager and music executive, Ubi Franklin was also present in the video and he was joined by Jaypaul.

See video of Boma and AJ Money below: