Home Entertainment Why Bobrisky was deported from Dubai – Kanyamata seller, Omoshola opens up 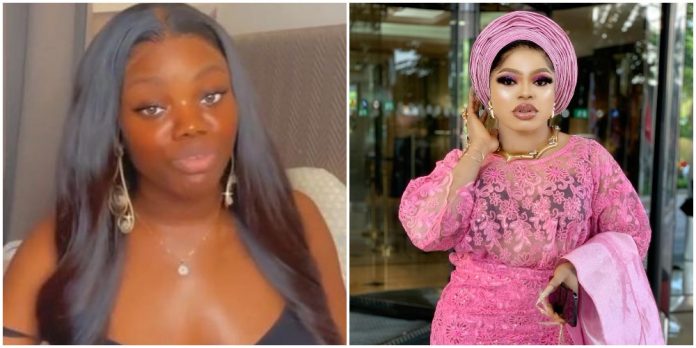 Controversial Nigerian cross-dresser, Idris Okuneye popularly known as Bobrisky has been called out by a Kanyamata seller, Omoshola, who revealed how he was deported from Dubai. 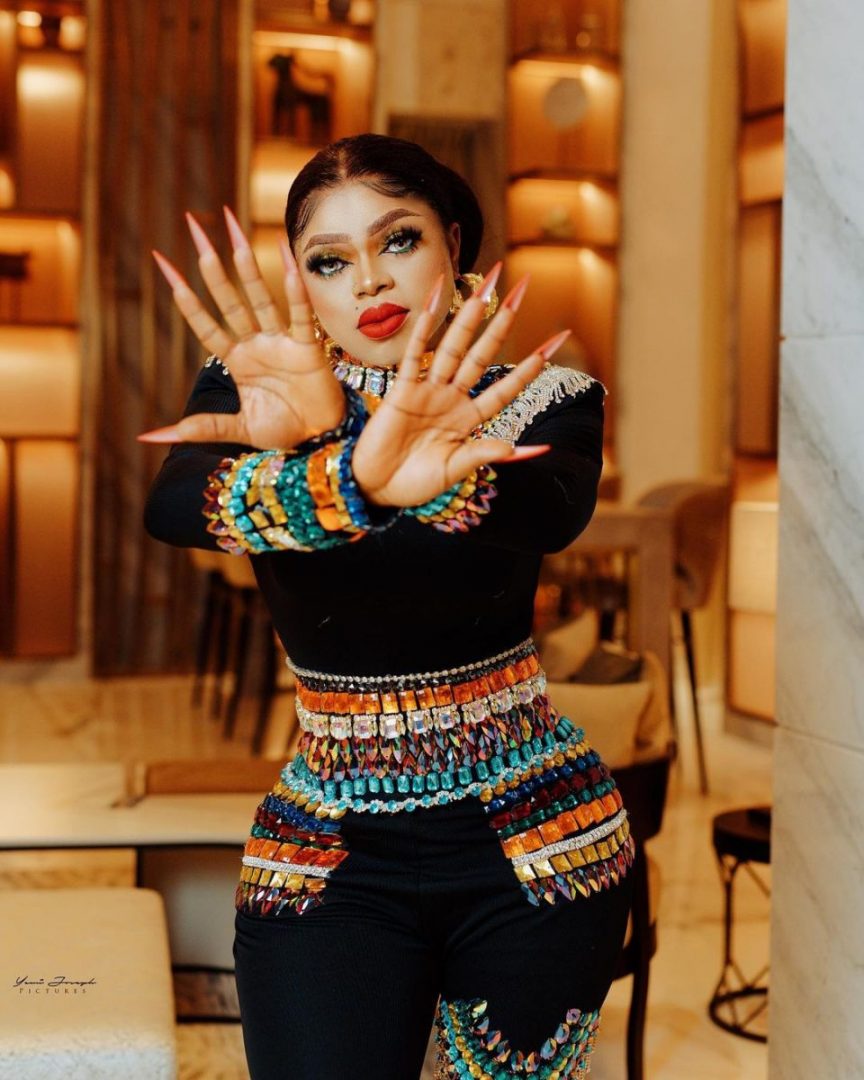 September 2021 is a month that will be remembered for its dramatic and controversial scenes between top personalities in the entertainment industry.

Tonto Dikeh was the first celebrity that caught the eye as her relationship with Prince Kpokpogri hit the rock, (Read Details Here).

Bobrisky seized this opportunity to shade his former friend, accusing her of owing him some amount of money but this act has backfired on him.

Having been called out by UK based singer, Daffy Blanco, Kanyamata seller Omoshola some minutes ago took to her official Instagram account to lash out at Bobrisky.

Omoshola in her post revealed how Bobrisky was allegedly deported from Dubai after arriving in the country dressed as a man but started his cross-dressing business after some days.

She also revealed how Bobrisky allegedly defrauded her of a whopping sum of 30 million naira.

All eyes will be on Bobrisky as fans hope he’ll respond to the latest allegations levied against him by Omoshola. 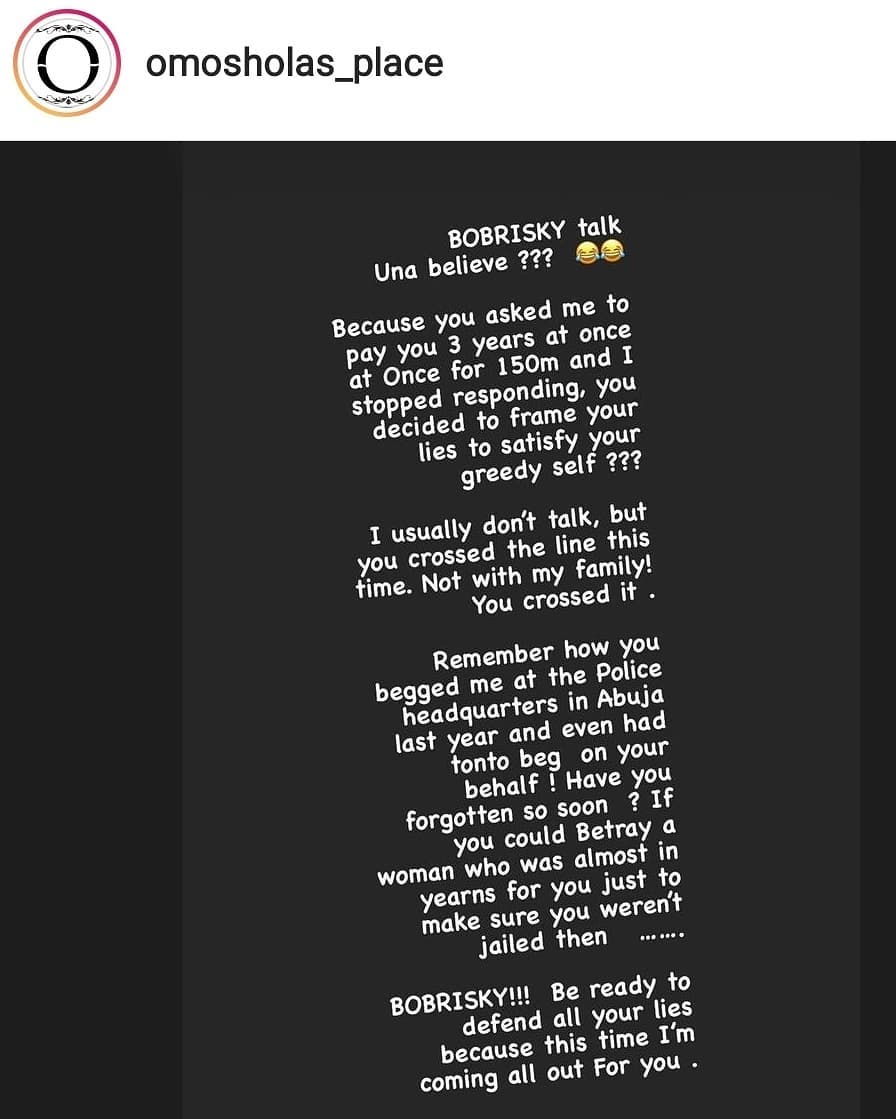 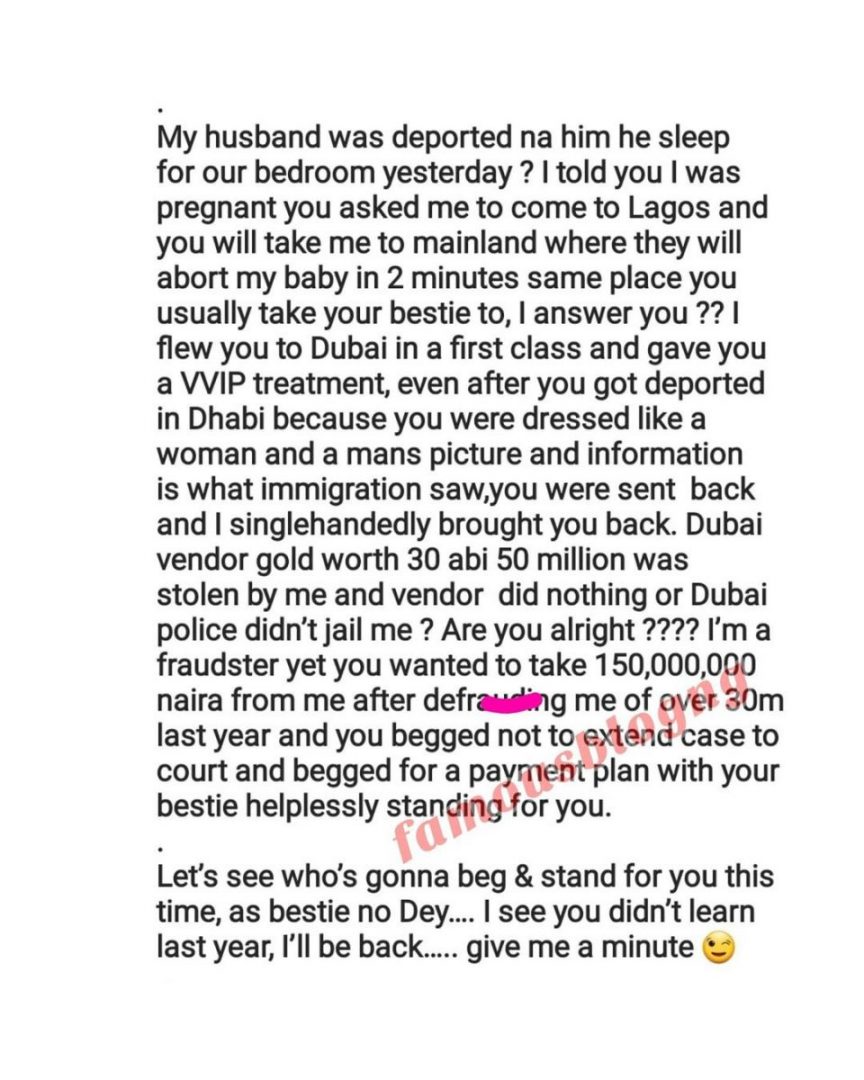