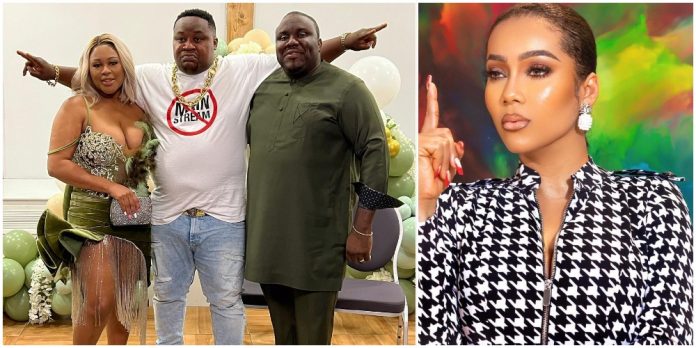 It would be recalled that Maria made a name for herself at the just concluded season six edition of the reality show which was tagged ‘Shine Your Eye’, (Read Details Here).

However, seems Maria has failed to shine her eyes as Cubana Chief Priest took to his official Instagram account to lash out at the reality star.

Cubana Chief Priest took to the video and photo-sharing app to reveal some shocking details about Maria who is currently having a good time in Dubai.

According to Cubana Chief Priest, Maria has snatched his sister’s husband and has been showing off his car and other valuable assets on social media. 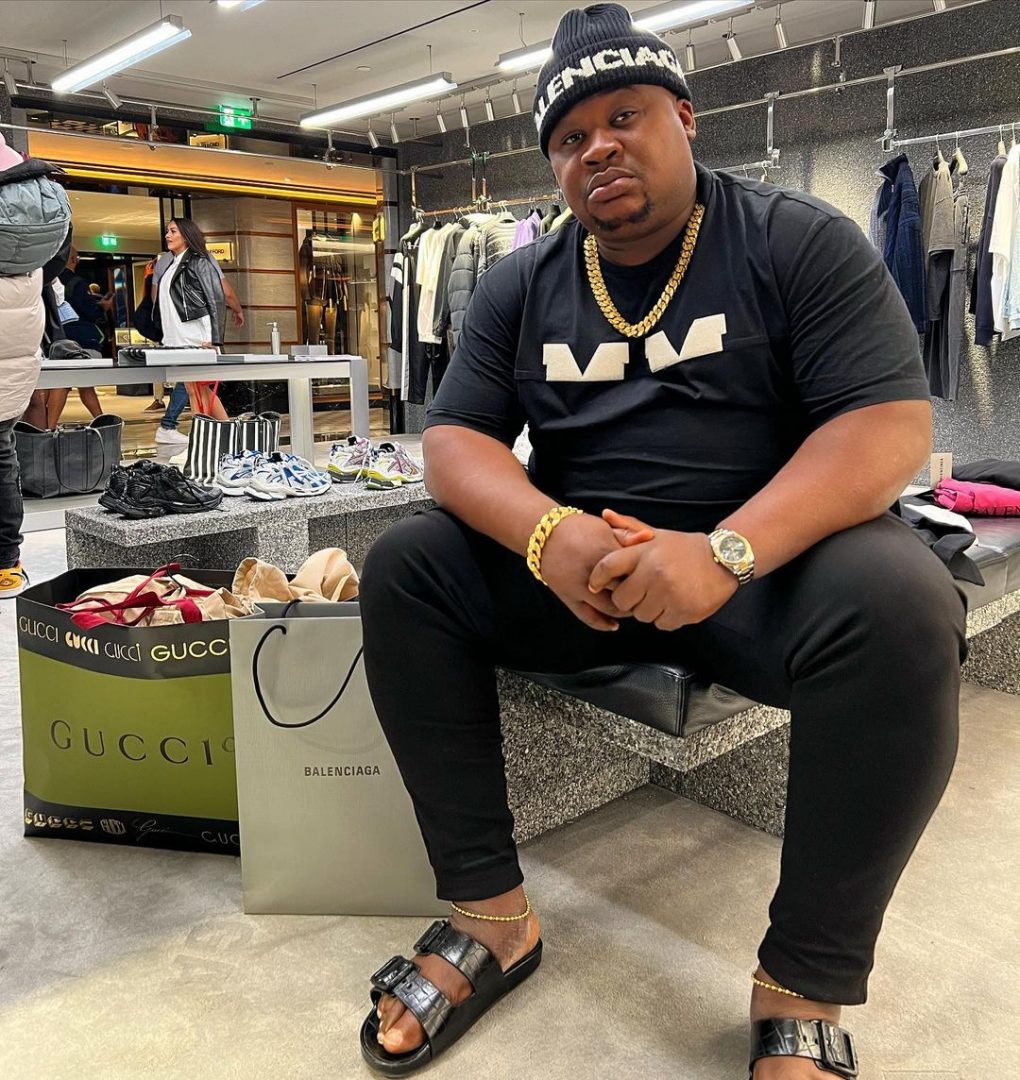 Cubana Chief Priest noted that Maria also has the guts to threaten his sister after snatching her husband.

The popular IG socialite added that nothing must happen to his sister.

Cubana Chief Priest shared a video of Maria hanging out with the caption that reads:

@mariachikebenjamin How On Earth Will You Threaten A Married Woman Who Has A Male N Female Offspring To Leave Her Husband For You Or Die, You Dey Show Person Husband Watch N Car To Pepper Her, Kelvin Am So Ashamed Of You, All Of Us Dey Street, You No Carry Woman Pass Anybody But We Can Never Make Home Miserable For Our Woman To The Point A Side Chick Calls Your Wife To Threaten Her Life, If What You Re Doing Is Right Why Are You Covering Your Face In Shame In This Video, My Own Na Make Nothing Happen To My Sister, Okwa Mmadu Nwe Ogodo Ewu Na Ata, If Anything Happens To My Sister ? ???? 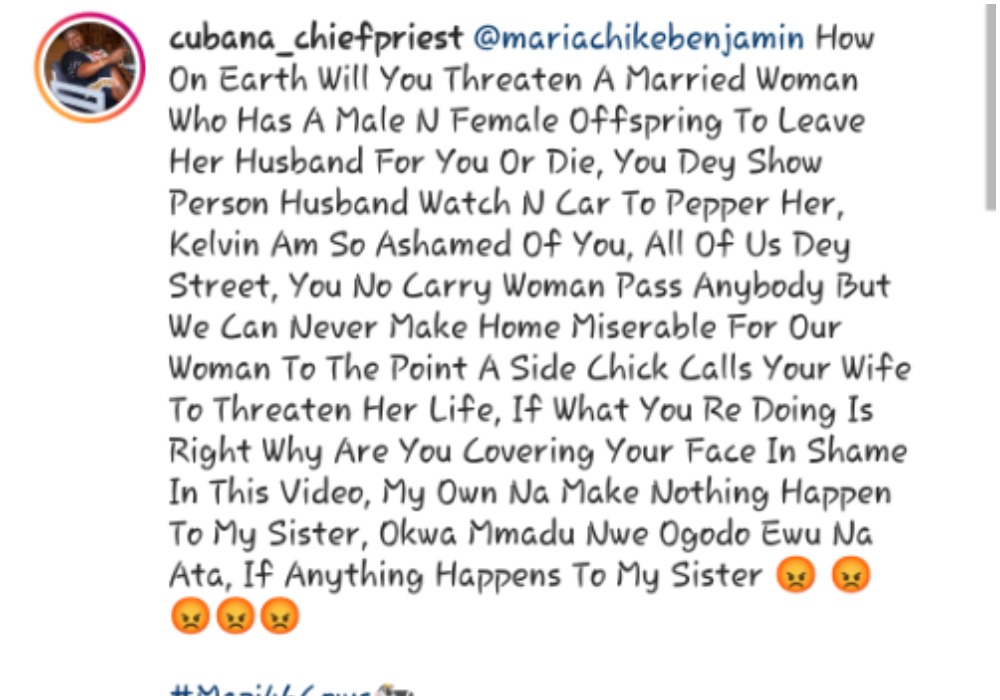 All eyes will be on Maria as fans hope she will come out to clear her name over the ongoing dramatic scene.