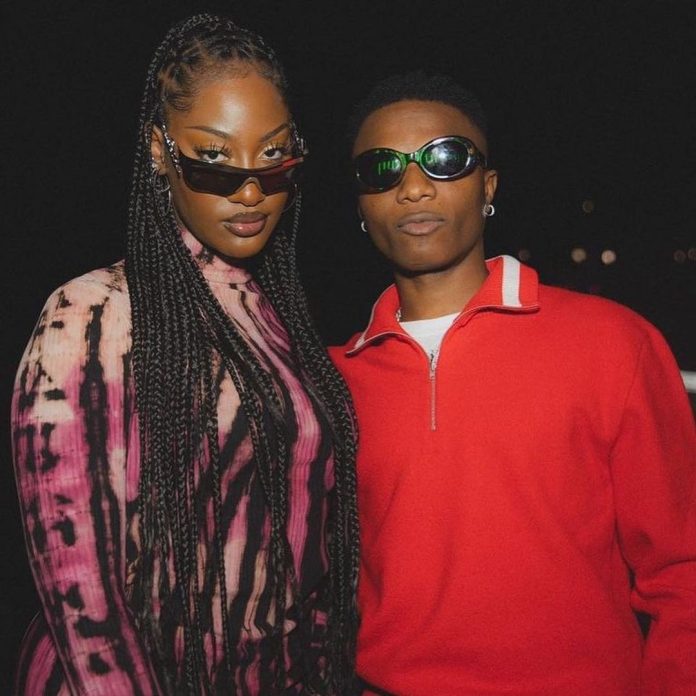 Nigerian Singer, Tems finally speaks up on the controversial video of her and the superstar, Wizkid.

Recalling earlier that a video featuring her and wizkid went viral after the Superstar, Wizkid tried to grab her backside at the 02 Arena stage in London during a performance.

And this immediately blew up online as the video surfaced on the internet, which has stirred lots of reactions online.

This also caused troubles between both fan bases as an argument ensued between Wizkid fan base and also Tems fan base on Twitter.

The beautiful singer, Tems has come out to quench all arguments as she states she still loves Wizkid.

She went further to reveal that she is grateful to the Superstar and he is like a brother to her.

Well, it’s clear that both are doing good as Wizkid continues his show in London.